The 30-year-old appeared on the show in 2007 when she was just 17 and then on a weight loss programme with her family presented by Lorraine Kelly in 2009.

But Emma was motivated to shed the pounds thanks to diet and exercise and appeared on Lorraine to talk about her amazing weight loss.

She said: "No one's pushed me to do it, I've done it all myself. I was always out of breath and diabetic."

Emma also explained the trigger for the weight loss: "It was the stress that I had with my mum and dad breaking up and losing my dog."

The former singer said she has been accused of using a gastric band by friends by denies it.

Lorraine gushed at the end of the interview: "You're like a different girl now!"

She replied: "I'm happy with how I am and it's not far to go [until she's at her ideal weight."

Emma went viral with her audition on The X Factor when she sang My Heart Will Go On by Celine Dion.

She stopped her audition halfway through because she was so nervous.

Simon Cowell said: "First the dress is completely wrong. I'm not a fashion expert but... it's like a wedding dress, isn't it? Then you sang the song out of tune and a bit like a baby." 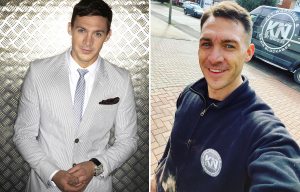 She left the audition in tears and her mum and dad barged into the room to have an argument with Simon Cowell.

Then in 2017, Emma appeared alongside her sister, where she said she got evicted from her house for singing.

However, there was a dark side to appearing on the show, telling Lorraine there was "good and bad".

"The good was that we did a show with you. But then we had bullying and death threats online."

Emma now works as a child minder and doesn't think she'll get into the music industry.