Who is George Floyd’s ex-partner Roxie Washington and how old is his daughter?

A DISTRAUGHT ex of the late George Floyd told reporters their young daughter "needs her dad".

With her tearful girl, Gianna, clinging to her, Roxie Washington added, "I want justice for him because he was good."

Roxie Washington, 38, is a former partner of George Floyd - the 46-year-old black man who died on Memorial Day after a white cop kneeled on his neck for nearly nine minutes.

She told the Houston Chronicle that athletic George, who was a top football player for his Texas high school team, was a "gentle giant".

Washington added: "People mistake him because he was so big that they thought he was always a fighting person - but he was a loving person."

Describing him as a family man, she said the way he died was "cruel. They [cops] took him away from his daughter.

He had moved from his hometown of Houston, Texas, in 2018 to find employment and start a new life in Minneapolis, where he worked as a truck driver and bouncer.

Did they have children together?

Roxie Washington and George Floyd have a daughter, six-year-old Gianna.

Gianna Floyd lives with her mother in his former hometown of Houston.

George's death has also left his other kids fatherless.

KBTX reported that Quincy Mason Floyd and Connie Mason attended a Black Lives Matter demo on May 31 in Bryan, Texas.

Quincy told the station it wasn't until after Memorial Day that he heard the news of his dad's death in police custody.

He said: "I didn't recognise who it was until mom called and told me.

Connie added: "My dad is in peace and we have to be the ones to deal with all this stress.

"It's going to be tough to get over this day-by-day."

What has Roxie said since George's death?

Roxie Washington has demanded justice for her ex, saying he was a good dad who didn't deserve to die face-down on the pavement, handcuffed and pinned under the weight of three burly officers.

With Gianna clinging to her, Roxie told reporters in her first press conference that she wants all four officers involved in his death to pay for the killing, which has sparked protests across the US and the world.

The mum said of the cops: “At the end of the day, they get to go home and be with their families.

“Gianna doesn’t have a father. He will never see her grow up, graduate.

"He will never walk her down the aisle.

"No matter what anybody thinks, he was good.

"And this is the proof that he was a good man," she added, referring to his daughter.

Roxie said that "if there's a problem and [Gianni] needs her dad, she does not have that anymore."

During a Q&A session, she was moved to tears and said: "He still took care of us.

He provided for us. He lived and he worked."

She discussed how Floyd was "so happy to have her" after Gianna was born.

"He slept the whole time that I went through labour, but when he heard her cry, he got up.

"I still have a picture of him waking up and getting his baby," she added.

Roxie appeared in Minneapolis supported by her attorneys, along with Gianna and Stephen Jackson, a retired NBA player and George's close friend.

Stephen has vowed to - one day - stand in for his dead pal, and walk his daughter down the aisle.

He added that the "whole reason for moving was to get here [Minneapolis], get away from Texas, so he could come to provide for his family and be a better father, a better provider. 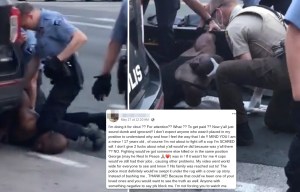 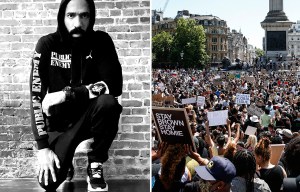 Henry wears Public Enemy hoodie as he speaks out about racism 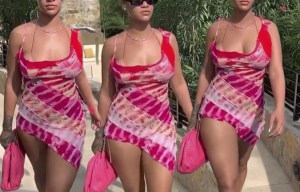 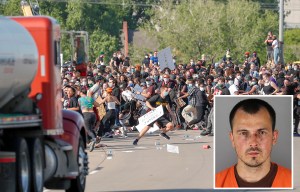 Trucker who drove into George Floyd protesters released WITHOUT charge 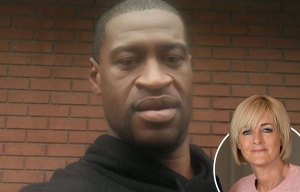 "[George's] whole reason for being in Minnesota was to work and drive trucks."

Stewart has also been providing expertise for Wanda Cooper-Jones, the mother of Ahmaud Arbery - who was fatally shot in the street after being stopped by Greg and Travis McMichael as he jogged through their Georgia neighbourhood.

A Parma employee has a coronavirus. The team is isolated on the base, but will continue to play in the championship
Kalidou Coulibaly: Napoli is not going to Barcelona as tourists. We are able to give battle
PSG have extended their contract with Kimpembe until 2024
Suarez is not in the start for the match with Valladolid. He has scored 4 goals in the last 4 games for Barca
Dyche Pro 1:1 with Liverpool: top team Scored. Talking about three points is too much
Klopp on the draw with Burnley: Liverpool should have scored 3-4 goals. We are disappointed
Barcelona must pay Borussia 20 million euros if they sell Dembele
Source https://www.thesun.co.uk/news/11770565/who-george-floyds-ex-partner-roxie-washington-how-old-daughter/