SAVED by the Bell star Dustin Diamond dated his ex-girlfriend Amanda Schutz, a former professional clown, for some time following his split his with ex-wife Jennifer Misner.

The pair were briefly engaged around 2014 but reportedly broke things off a year later.

Amanda Schutz, 33, is a former business owner for a clown company that entertains children at events.

Schutz was known as Loli Pop the clown and specialized in “providing interactive entertainment, face painting, balloon twisting and more” according to a since-deleted company website.

She appeared as Loli Pop the clown in an episode of The Real Housewives of New York City once upon a time.

Schutz reportedly studied theater at a college in Staten Island, New York and told her Twitter followers in a since-deleted tweet that she was relocating to the state from Wisconsin “for a separate business endeavor.”

It is unclear what she is currently working as.

When did they date?

Dustin was previously married to longtime girlfriend Jennifer Misner in 2009 but the two called things off four years later.

Amanda and Dustin got arrested together after a bar fight ensued at a Wisconsin saloon which reportedly left one person stabbed.

The fight reportedly broke out because Dustin refused to shake hands with a woman who allegedly kept bumping into Amanda.

Dustin tried to leave but a man allegedly held him back as he swung his arm while holding a knife.

The man was allegedly stabbed by him but survived.

Diamond was arrested outside and was charged with first-degree recklessly endangering safety and carrying a concealed weapon.

Amanda was also taken into custody and booked on a disorderly conduct charge.

Diamond was sentenced to four months in prison but was released after serving three.

Does Dustin have cancer?

Dustin was diagnosed with cancer, although it is unknown what type.

He was diagnosed over the January 8 weekend and is is currently hospitalized in Florida and is receiving chemotherapy to treat the stage 4 diagnosis. 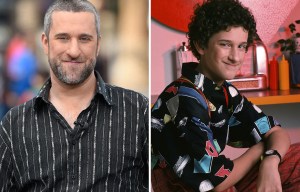 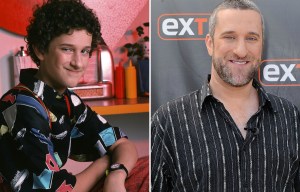 What type of cancer does Dustin Diamond have? 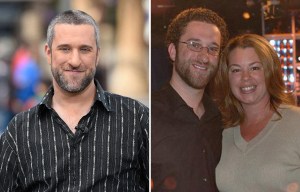 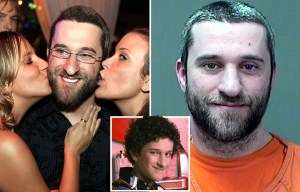 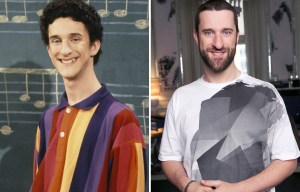 A rep for Dustin told Entertainment Weekly about his treatment, saying: “He's undergoing chemo so he will be there at least another week and then we will figure out when he gets to come home.

Adding: “By next week, we'll have a much better understanding of the severity of his condition and what treatments he will need so that he's comfortable."

In addition to his cancer diagnosis, Dustin is also reportedly dealing with shingles -- similar to chicken pox -- which causes extremely painful rashes all over the body.

Juventus' losses amounted to 113.7 million euros in the first half of the financial year-2020/21
Leonardo on Keane: Everton didn't want to lose him, PSG could only rent him. Next - we will see
Goalkeeper Hitz extends contract with Borussia Dortmund: We have big goals for the season
Aubameyang has scored 4 goals in his last 4 games for Arsenal
Zlatan on the consequences of injury: Going out on the field, I feel like a child trying candy for the first time
Dimitar Berbatov: Bruno will claim the Golden Ball, but you can't compare him to Mbappe and Holand. Manchester United-a great showcase
Leno plays 100th game for Arsenal-against Benfica in Europa League
Source https://www.thesun.co.uk/tvandshowbiz/13813610/dustin-diamond-ex-girlfriend-amanda-schutz/