Terms like "white privilege" may have contributed towards a "systemic neglect" of over 900,000 white working-class pupils who need support in British schools according to MPs. It comes as the Commons Education Select Committee said schools should consider whether the promotion of such "politically controversial" terminology is consistent with their duties under the Equality Act 2010. Speaking to Good Morning Britain Robert Halfon said it is a "national scandal" that this has been allowed to happen and that 'it pits one group against another.'

Mr Halfon said: “It is a national scandal there are over 900k pupils, white working class, on free school meals from disadvantaged backgrounds who at every stage of the education system right through from early years to higher education are struggling and underperforming compared to all other cohorts and almost any other ethnic group.

"Just under 18 percent of those pupils get passes in GCSE maths and English and just 16 percent of that are white working-class pupils of disadvantage backgrounds go to university.

"And there is a number of reasons that we have set out in our report... multi-generational disadvantaged families disengaged from education where they live.

"Often money is thrown at the big cities and refrom is thrown at education policy... and the towns are often left behind where many white working-class boys and girls live."

JUST IN Brexit LIVE: Fury as UK forced to obey 300 EU rules - 'Few countries would agree to this!' 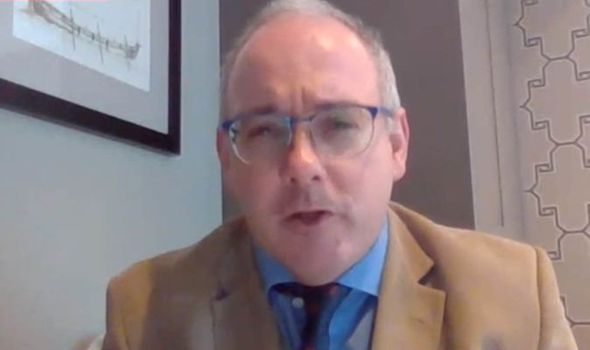 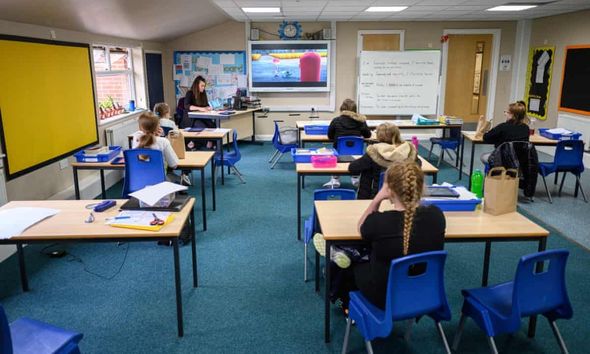 Schools are letting white kids down according to the report (Image: Getty Images)

"Because it implies collective guilt when individuals should be held responsible.

"It tells poor while disadvantaged people they are privileged and at every stage in the education white working-class boys and girls are underperforming than their better-advantaged peers."

It comes as report outlined how disadvantaged white pupils have been badly let down by "muddled" policy thinking and the Department for Education (DfE) has failed to acknowledge the extent of the problem, the report said.

The MPs made a series of recommendations to improve white working-class pupils' outcomes, including finding "a better way to talk about racial disparities" to avoid pitting different groups against each other.

The committee agreed with the Commission on Race and Ethnic Disparities that discourse around the term "white privilege" can be "divisive".

A strong network of family hubs should be introduced across the country to boost parental engagement and mitigate the effects of multi-generational disadvantage, the report said. 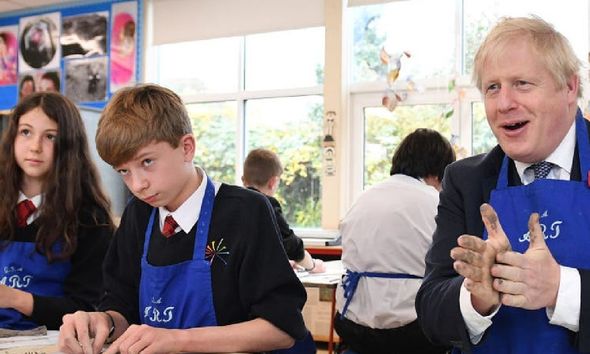 It said funding needs to be tailor-made at a local level, initiatives should focus on attracting good teachers to challenging areas, and vocational and apprenticeship opportunities should be promoted.

The report highlights that 47 percent of free school meal-eligible (FSM) white British pupils did not meet the expected standard of development at the end of the early years foundation stage in 2018/19 - around 28,000 children.

In 2019, just 17.7 percent of FSM-eligible white British pupils achieved at least a strong pass (grade 5 or above) in English and maths at GCSE, compared with 22.5 percent of all FSM-eligible pupils. This equates to nearly 39,000 pupils.

The committee found these disparities particularly striking because white people are the ethnic majority in the country - and yet FSM-eligible white British pupils are the largest disadvantaged group.

During its inquiry, MPs heard of many factors which combine to put white poorer pupils at a disadvantage, but they were not convinced by the DfE's claim that the gap can be attributed to poverty alone.

A Department for Education spokesperson said: "This Government is focused on levelling up opportunity so that no young person is left behind.

"Investing in early years education and targeting our ambitious recovery funding, worth £3 billion to date, to support disadvantaged pupils aged two to 19 with their attainment."