KATIE Thurston was a contestant on Matt James' season 25 of The Bachelor.

Her season of The Bachelorette will premiere on ABC June 7, 2021.

Katie and her men are getting to know each other at the Hyatt Regency Tamaya, which is outside Albuquerque, New Mexico.

Like the last season of The Bachelor, the show will continue with ongoing quarantine procedures.

It is expected to be a closed set, without travel, where the guests will be flown in and quarantined on location.

All of the cast and crew began quarantining in early March with filming beginning a few weeks later.

Some of Katie's potential fiance's have already made it back home.

Who are The Bachelorette contestants?

On March 18, ABC announced the 34 contestants for on their Facebook page but have since taken down the post but other online sources have since published the roaster.

The men range from ages 26 to 36, which skews older than the average age range for the The Bachelor franchise.

Andrew Spencer a 26-year-old from Waukegan, Illinois is cousins with The Bachelorette and Bachelor in Paradise alum Clay Spencer.

Jeff Caravello a 31-year-old from Brooklyn , New York is a sales representative for Integra LifeSciences and was a pole vaulter at Wagner College.

Conor Costello a 26-year-old from Newport Beach, California is originally from Oklahoma where he played baseball at Oklahoma State and and in the minor league.

Quartney Mixon a 26-year-old from McKinney, Texas works in medical sales and graduated from Stephen F Austin University with a biology degree. His mother passed away while he was in college.

Brendan Scanzano a 26-year-old from Toronto, Ontario, Canada works at Scotiabank and as a part time model.

Michael Allio a 36-year-old from Akron, Ohio, is a single dad who founded a nonprofit in honor of his wife who passed away from breast cancer in 2019.

Hunter Montgomery is in his early 30's living in Houston, Texas. He is a divorced father of two and former addict who’s been clean a while and now a "motivator & mentor".

Landon Goesling a 25-year-old from Dallas, Texas is a former college basketball player at Appalachian State, St Edward’s University, and University of Houston. He currently works as a high school basketball coach at Coppell High School in Coppell, Texas.

David Scott a 28-year-old from Nashville, TN is originally from New York and is a technical product specialist for Dell.

Mikey Planeta a 31-year-old from San Diego, California is a former minor league baseball player who then switched to college basketball at Point Loma Nazarene University. He is currently a personal trainer.

Justin Glaze a 26-year-old from Baltimore, Maryland is a sales consultant for T. Rowe Price. He ran track and field at University of Maryland, Baltimore County and is also an artist.

Thomas Jacobs a 28-year-old from San Diego, California is working in real estate who played basketball at the University of San Diego.

Cody Menk a 28-year-old from San Diego, California is originally from Montclair, New Jersey. He currently works as an account manager for Zip Pak and is launching his own record label, Most Wanted Records.

John Hersey a 27-year-old from Santa Cruz, California is training to be a pilot.

Karl Smith a 33-year-old from Miami, Florida is a motivational speaker.

Connor Brennan a 29-year-old from Columbia, Illinois is a musician with two singles on Spotify.

Victor Simco a 32-year-old from Galveston, Texas works in real estate and is a vet housing advocate and disaster relief volunteer in his free time.

Bao Wu a 36-year-old from San Diego, California works in real estate and stocks. His interest include fitness, basketball, boxing, nutrition, and animals.

Kyle Howard a 26-year-old from Sarasota, Florida graduated from the University of Florida. He has traveled to 47 states and 14 countries.

Andrew Milcovich is a 31-year-old from Walnut Creek, California.

Christian Smith a 26-year-old from Newburyport, Massachusetts is a life coach and real estate agent/ investor.

Gabriel Everett a 35-year-old from Charlotte, North Carolina appeared on season two of Make Me a Supermodel on Bravo.

Garrett Schwartz is a 29-year-old from Salinas, California.

Dennis Walega a 26-year-old from Chicago, Illinois is a police officer at Village of Barrington Hills and graduated from Western Illinois University.

Joshua Tylerbest a 25-year-old from Pembroke Pines, Florida is a senior sales consultant at Invisors who graduated from the University of Florida.

Marty Hargrove a 25-year-old from Reno, Nevada is a male model.

Brandon Torres a 26-year-old from Mokena, Illinois has lived in Tokyo and New York City.

Tre Cooper is a 26-year-old from Covington, Georgia.

Austin Tinsley is a 25-year-old from Mission Viejo, California. 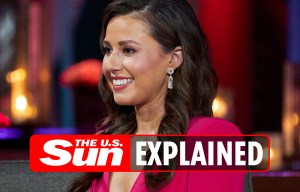 The Bachelorette: When does Katie's season premiere? 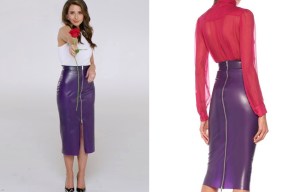 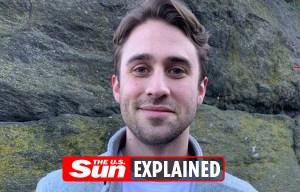 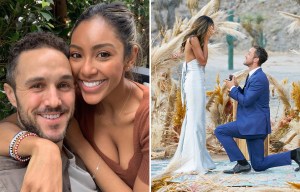 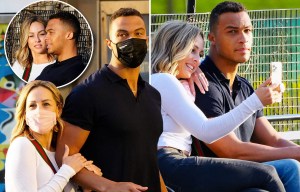 Aaron Clancy is a 26-year-old from Walnut, California.

Marcus Lathan, a 30-year-old from Vancouver, Washington is an operations manager at Affinity Property Management in Portland, Oregon.