When did Dev Griffin leave Strictly and did he drop Dianne Buswell during rehearsals?

DJ Dev Griffin swapped the spinning decks for the famous dancefloor on Strictly,

Unfortunately his time on the show is now over - here's all you need to know about the radio personality and his booming career so far.

When did Dev Griffin leave Strictly?

Unfortunately Dev danced his last tango on October 13, 2019 when he was voted off the show.

Speaking about his time on the show he said: "I'm not gonna lie I am absolutely gutted.

"But getting to learn how to dance and hanging out with Dianne and the other celebs has been amazing."

Dev dropped her on her on her head from eight feet in a horrific accident.

Dianne took to Twitter to reassure fans she was "fine" after being rushed to hospital amid fears she'd suffered concussion.

What is Dev Griffin's net worth?

Dev's earnings are unclear, however, if he is believed to be making similar to his BBC DJ counterparts, he should get at least £150,000 annually.

A 2017 review of the corporations highest earners revealed stars including Justin Webb and Greg James earn between £150,000 and £200,000.

Who is Dev Griffin?

Devin Griffin, 34, was born in Hackney, North London in December 1984 to an Irish mother and a Jamaican father.

He attended Ravenscroft School in Barnet and also went to the Anna Scher Theatre Club, where he became good pals with Reggie Yates.

While studying for his A-Levels, Dev began co-presenting interactive TV show Smile along with Reggie and Fearne Cotton.

Shortly afterwards, Dev and Reggie were approached by BBC Radio 1Xtra to present the Reg and Dev Show on Saturday afternoons.

In 2017, Dev became a finalist on Celebrity Masterchef 2017, which only boosted his popularity and exposure. 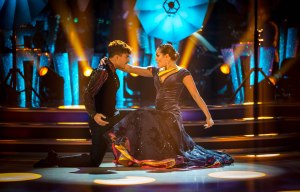 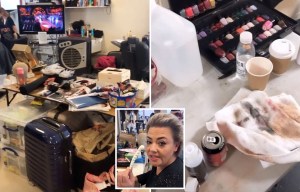 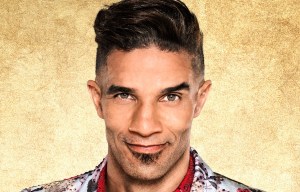 HANDY WITH HIS FEET

David James will be on Strictly - but will he be eliminated next? 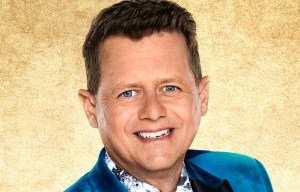 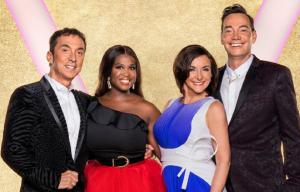 Meet the Strictly 2019 judges - here's everything you need to know 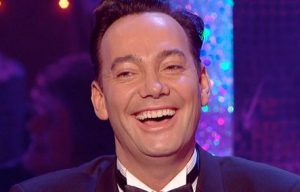 Dev stayed with Radio 1 Xtra from its launch in 2002 until 2009, co-hosting alongside Reggie and also presenting alone on a Sunday morning.

The 34-year-old then made the switch to Radio 1 to host the early weekend breakfast show and he later replaced Greg James on early breakfast during the week.

Since 2014, he has been the presenter of the weekend breakfast show from 6am to 10am and has also filled in for Nick Grimshaw and Scott Mills.

Кад Cadiz returned to La Liga after 14 years
Pioli about 2:2 with Napoli: One point is a good result
Gattuso on Milan's penalty: the Rule needs to change. Jumping with your hands behind your back is another sport
Milan will offer 25 million euros for Celtic defender Ayer
Klopp on plans: Four years at Liverpool. After that, I want to do nothing for a year
Rogers Pro 1:4 with Bournemouth: Leicester play well only 45 minutes after the break
Inter and Roma are Interested in Garay
Source https://www.thesun.co.uk/tvandshowbiz/3952165/dev-griffin-strictly-come-dancing-radio-1/