Fervent Scottish nationalist George Kerevan branded the family the “rancid, decaying Windsor monarchy” in an outrageous column today. He even referred to the Duke of Edinburgh – who served his country unquestionably for more than 70 years before passing away aged 99 on Friday – as “Big Phil Battenberg”.

The former MP – who defected from the SNP to join Alex Salmond’s newly formed Alba Party – also criticised the worldwide tributes which erupted after the duke’s death.

One person wrote on Twitter: “This man will soon be forgotten whereas Philip's contribution to many lives worldwide will be remembered with gratitude and fondness for many years.”

Another said: “Never heard of him so cannot have contributed anything significant in politics - I read he is an EX SNP MP, emphasis on EX.” 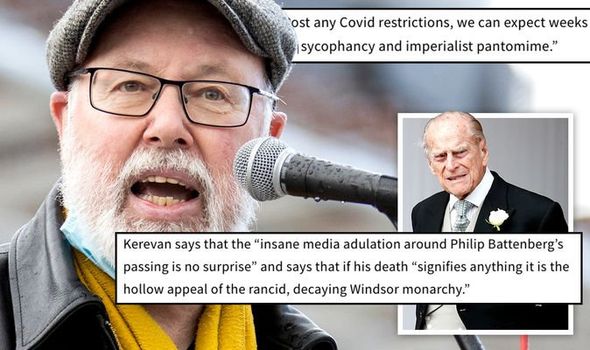 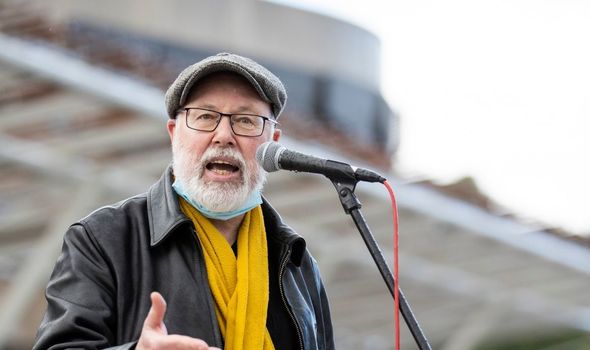 A third said: “(Philip) you are an inspiration to refugees who come to these shores looking for a better life.

“Your family got kicked out of Greece, went to France then England and paved the way for others to follow that same journey.”

Another simply wrote: “Vile and hateful.”

Writing in Scotland’s pro-separatism outlet The National, the former Marxist wrote: “Anyone in Scotland even remotely involved in public life cannot have failed to meet members of the Windsor family, including Big Phil Battenberg, the now-deceased clan patriarch. 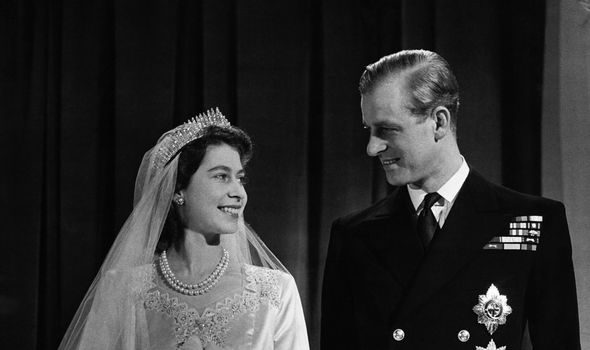 The former MP paid no attention to the duke's contribution to the UK (Image: Getty)

“I was a local councillor in Edinburgh in the 1980s and 1990s, when the Lord Provost’s office was in charge of protocol and arrangements, whenever a ‘royal’ passed through the capital.

“Fergie, Andrew Windsor’s temporary wife before she dumped him for her financial adviser, was the most outrageous. She demanded two council limos when visiting – the second for her luggage.”

The politician, who was East Lothian’s MP between 2015 to 2017, even gleefully admitted that he “lied happily” when taking the oath of allegiance to the Queen when he was sworn into Parliament.

Mr Kerevan, a committed republican, even suggested that the current national mourning is “a dress rehearsal for Brenda’s exit”. 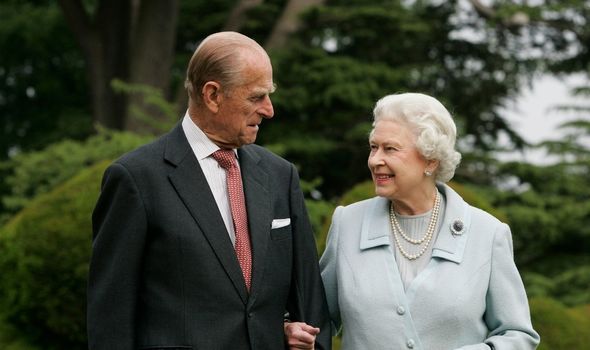 Prince Philip was married to the Queen for 73 years (Image: Getty)

He added: “Post any Covid restrictions, we can expect weeks of sycophancy and imperialist pantomime.”

Despite his outburst, Mr Kerevan claimed the attack wasn’t personal, and his only issue was with the monarchy and not its individual members.

He wrote: “(This) is not an animus directed at the late Phil Battenberg and his errant brood.”

He added that he was simply discussing “their sad, wasted lives” and suggesting that the abolition of the monarchy “would be a merciful release”. 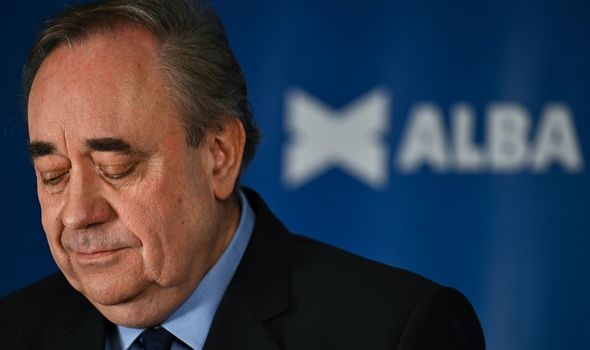 Mr Kerevan is a former member of the International Marxist Group who sat as a Labour councillor for 12 years before joining the SNP.