CYSTIC fibrosis impacts the lives of thousands of people in the UK every day of their lives.

But as scientists work to find a cure, what do we know so far about the condition?

What is cystic fibrosis?

Cystic fibrosis is a condition that affects the lungs and digestive system.

This causes them to become clogged with thick, sticky mucus.

It can lead to breathing problems and trouble digesting food.

In most cases, the condition is diagnosed in childhood.

Over the years, a person’s lungs are damaged to the extent that they can stop working properly.

In 2016 cystic fibrosis claimed the life of campaigner Kirstie Tancock, who inspired many to become organ donors.

It is estimated that around one in every 2,500 babies are born in the UK every year with the condition, which is also known as CF, mucovoidosis, or mucoviscidosis.

Currently, it is estimated that about 10,500 people in the UK have the condition with about 100,000 people around the world affected.

According to Cystic Fibrosis UK, an individual can be born with the condition if they have inherited two faulty copies of the gene, one from each parent.

One person in 25 carries the faulty gene, often without knowing.

The faulty gene means some cells in the body cannot move salt and water across the cell wall.

This, along with recurrent infections, is what causes the build-up of thick, sticky mucus in the body’s tubes and passageways.

What are the symptoms of cystic fibrosis?

While individuals can have different symptoms, some of the main indicators as listed by the NHS can be:

Those diagnosed with the disease are also at risk of other conditions, including diabetes, osteoporosis and liver problems.

How are people diagnosed with cystic fibrosis?

The heel prick blood test is used to check newborn babies if they have the common mutations of the gene.

What is the treatment for cystic fibrosis?

Sadly there is no cure for CF.

The average life expectancy for someone with cystic fibrosis can vary, with the current predicted age just 41 years.

Orkambi is a drug used to treat cystic fibrosis in adults and children, and is said to dramatically improve the health of half of sufferers.

It has been available on the NHS since 2019.

The drug is manufactured by Vertex Pharmaceuticals, and thanks to an agreement with the NHS, patients with CF in England aged 2 years and older who have two copies of the F508del mutation in the cystic fibrosis transmembrane conductance regulator (CFTR) gene can be prescribed Orkambi by their doctor. 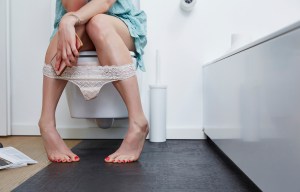 GET TO THE BOTTOM OF IT 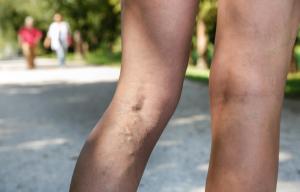 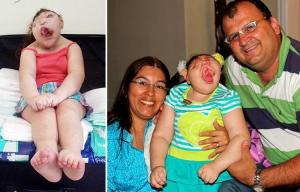 BORN WITH NO FACE 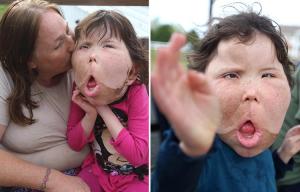 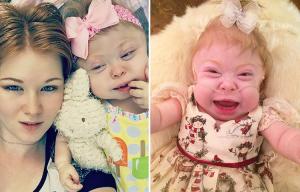 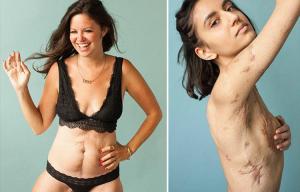 People with the condition also use inhaled and injected drugs to treat their symptoms and often take enzyme pills.

Lung transplants are also common for people with cystic fibrosis but other organs affected also include the kidneys or pancreas.