SO what will be the defining image of West Ham United’s season?

Will it be Michail Antonio dressed up as a snowman pranging his £210,000 Lamborghini and demolishing a family’s front-garden wall on Christmas Day?

Or Angelo Ogbonna and Issa Diop dressed up as defenders, giving away comedy goals while the Hammers surrendered a two-goal lead in a relegation six-pointer with Brighton?

Will it be an official London Stadium flag bearer waving away on the pitch before the Liverpool defeat in an anti-board T-shirt?

Or perhaps the nervous smiles of new signings forced to perform that tinpot crossed-arm “Hammers” gesture for the cameras, with the air of hostages assuring their families of humane treatment?

For me, it will be the sight of respected broadcaster Geoff Shreeves keeping an admirably straight face while issuing a grovelling apology on behalf of Sky Sports for a debate on last weekend’s Sunday Supplement show, which criticised the “stewardship” of David Gold, David Sullivan and vice-chairman Karren Brady.

While Shreeves trotted out the legalese, we were treated to soft-focus images of club-record flop Sebastien Haller and sunlit pictures of renovated Romford training-ground canteens.

There were even inspiring shots of Birmingham City’s St Andrew’s home — an “asset of community value” no less — as we were told what a sterling job Sullivan, Gold and Brady had done there too.

No wonder Brady’s pay rose to £1.136million, including a performance-related bonus, while losses of £28.2m were posted for last season.

Now you won’t be too concerned about the future of Sunday Supplement — it’s for me to worry how my mates would earn their beer money if denied the chance to agree with each other about football in a pretend kitchen.

And, of course, the show would be far more entertaining if screened live around midnight, after a few beers on an away trip, when journalists say what they really think.

Yet Sky’s decision to bend over to such an extent for the owners of a mismanaged club, facing the potential oblivion of relegation, was surprising and troubling to anyone who believes clubs should be held to independent account.

Yes, there had been a comment about “hands in the till” which may have needed legal clarification — it was an allusion to many well-paid players, and former manager Manuel Pellegrini, not having their hearts in the club.

The rest was largely a standard footballing debate — the sort no successful football-club owner would get their Ann Summers knickers in a twist about.

Anyway the proud public image of these sex-trade tycoons has been duly restored, with West Ham even trumpeting Sky’s hilariously overblown apology on their social-media channels.

Perhaps they do so with the knowledge that so-called sports-writing associations no longer fight arbitrary bans imposed on their members.

Still, this hitherto-unimagined snowflake tendency among multi-millionaire pornographers came as a shock.

In the apology narrated by Shreeves, the Hammers owners argued they had not under-invested in the team, citing a net spend of £214m over four years.

As if wasting such vast sums, without doing due diligence, was something to shout about.

Had anyone at West Ham asked for a reference from Manchester City, they would have been advised against Pellegrini — a man so lacking in personality that automatic doors refuse to open for him — who had previously headed into lucrative semi-retirement in China.

Then the boast that West Ham had spent £1.5m on scouting in the past year. Yet ended up with Roberto, a goalkeeper who couldn’t actually catch.

And who ever could have imagined Jack Wilshere ending up on the treatment table?

As Hammers legend Joe Cole said on the telly last week: “Too many players have gone to West Ham and had a holiday.”
Perhaps Cole will get banned as well.

In terms of raw talent, West Ham’s squad should be in the top half.

Yet they were naive and under-motivated under Pellegrini, and David Moyes is struggling to turn things around.

Upton Park was historic and atmospheric but the club needed an upgrade.

They just needed to move to another actual football ground, where supporters could see the football and footballers could hear the supporters.

Ticket prices are relatively inexpensive at the publicly-subsidised former Olympic Stadium but the price of a good pair of binoculars remains hefty.

And the cost in Premier League points of playing at such a soulless gaff is incalculable.

The owners thought they’d found the solution, changing the colour of the huge area between the dugouts and pitch from green to claret.

When the Laurence Llewelyn-Bowen approach failed, they signed Hull’s Jarrod Bowen — a decent recruit, reminiscent of some of Moyes’ successful Football League purchases at Everton.

You might even believe the Bowen transfer indicated a long-term plan had Moyes — weirdly overlooked in favour of Pellegrini after saving the club from relegation in 2018 — been given longer than an 18-month deal.

Of course, if West Ham’s clown-car ride does end up in relegation, this column will issue a full apology for adding to the public criticism which is sure to have caused their failure.

Yet for now satisfied Hammers fans are as rare as skint libel lawyers.

EVEN when VAR was bastardising Tottenham v Manchester City, we heard suggestions that the chaos adds to the gaiety of the nation.

And, as always, we heard them from media types rather than paying punters who rightly loathe VAR.

The next likely step being urged is the introduction of a challenge system where both managers can play a couple of jokers per match — feeding the egos of touchline poseurs who want to believe the game is all about them.

And when that has added to the fun of the fair, perhaps tight calls could be decided by a nominated player from either side contesting a wrestling bout in inflatable Sumo costumes.

After all, football had really been struggling for a global audience over the previous 150 years. 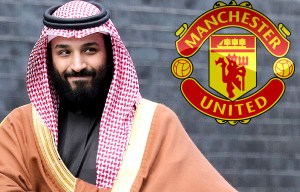 SAL OF THE CENTURY 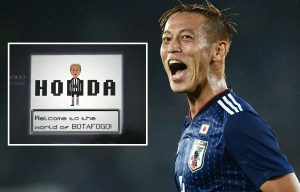 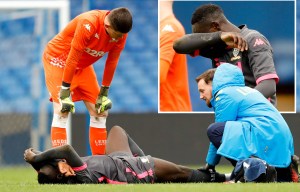 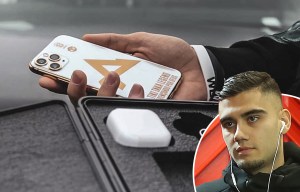 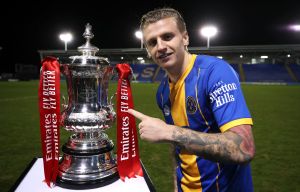 Which FA Cup 4th round replays are on BT Sport and BBC?

THE BLAMING OF THE SHREWS

SO HOW can Shrewsbury make up the shortfall of hundreds of thousands of pounds lost in TV money and reduced gate receipts because of Liverpool’s decision to play the youth team against them in tonight’s FA Cup replay?

Well, if they can track down a photo of Jurgen Klopp on a sunlounger during the winter break, they might earn a few quid from the newspaper picture desks . . .

EDDIE JONES boasted that England would bring ‘brutal physicality’ to their Six Nations opener against France, only to see his side outmuscled.

In the pubs where I learned to drink, they would be performing yapping-mouth hand gestures at Jones and telling him: ‘You’re all that, mate’.

Barcelona and Wolverhampton can agree to transfer Semedu for 30 million euros plus bonuses
Cesc Fabregas: Mane is the best player in the Premier League
Benzema played his 350th game for Real Madrid in La Liga
Atletico are in talks with Arsenal to buy out Torreira
Kulusevski scored with the sixth touch and the first shot for Juve-this is crucial in the debut victory of coach Pirlo
Real Madrid was the first in La Liga to release 4 players born in the 2000s
Messi says goodbye to Vidal: I always thought you were a phenomenon. Our paths will cross again
Source https://www.thesun.co.uk/sport/10884488/west-ham-kidd-brady-london-stadium/

‘We’ve been roommates since 1994’: Jennifer Aniston jokes that she lives with Courteney Cox and Lisa Kudrow during mini Friends reunion at Emmys

Wolves vs Man City prediction: How will Premier League fixture play out tonight?

Schitt's Creek: the five things that make it such perfect, Emmy award-winning TV

Britain at ‘critical point’ in pandemic, top scientists will warn

ADVERTORIAL: Will City fans be proved right at Wolves tonight?

Under cover of coronavirus, the Tory government is bulldozing basic liberties | John Harris

Children urged to strike against lack of action on climate emergency

Government to give 4m people £500 self isolation support payment

New 'Amazon' base near Hull to create 400 jobs

More than a million people quit smoking in UK during pandemic

UK's two top scientific advisors to address the nation at 11am

Bill Murray: His 20 greatest films ranked, from Caddyshack to Lost in Translation

Charlotte Ritchie: ‘I’m a sceptic – but it must be possible for ghosts to exist’

At least 8 dead in residential building collapse in India

Robots gear up to march to the fields and harvest cauliflowers

Tom Chanter: AHDB needs to shout louder about its work

'I picked up a drink and casually set fire to my life': how addiction nearly destroyed me