The Labour leader vowed the plans were fully costed, so we took a look at the figures to see if his promises added up.

Promise: Labour promised to bring the Royal Mail, rail and utility companies back into public ownership, claiming the plan would be free as "fiscally neutral".

Reality: Labour have also questioned the figures in their own manifesto, admitting it relies on “hope” that it’s free, and isn’t sure it will be.

It says: “There may be some further capital expenditure on nationalisations but we would hope HM Treasury’s Public Ownership Unit will have completed their acquisition before then and have not included a fiscal multiplier effect from them.”

The plans were also blasted by the CBI, who reckon reforms would cost a massive £182 billion.

Promise:Labour will freeze the state pension age at 66, accusing the Tories of raising it and overseeing a decline in life expectancy.

Reality: The decision to freeze the state pension age hasn't even been costed, but investment experts AJ Bell say doing so could cost £6 billion a year.

Senior analyst Tom Selby said: "Make no bones about it - this is a gargantuan promise from Labour with enormous ramifications for those affected, society as a whole and long-term Government spending.

“It is therefore incredible that the impact this will have on taxpayers doesn't appear in the policy costings".

Paul Johnson of the IFS added this would have a huge impact on both the cost of state pensions as well as the length of retirement.

Reality: Just one week on from the announcement, the figure has now more than doubled to a massive £579m.

Promise: They are pledging to introduce a four-day 32-hour working week within a decade.

Reality: Shadow health secretary Jonathan Ashworth has already been slapped down by John McDonnell for saying it wouldn’t apply to the health service.

The Tories say the move will cripple the NHS, increasing staff costs by £6.1bn a year.

Promise:  Raise taxes for the top 5% of earners, affecting a massive 1.6 million people, as well as a new windfall tax on the oil industry.

Reality: The IFS say the wage tax could raise £3billion a year, but also cost the treasury as big earners move to reduce their pre-tax income.

The Tories say taxpayers will now pay on average £2,400 every year.

Promise: Agree a new deal with Brussels and then hold a second referendum on that deal within six months.

Reality: The EU have said they will not reopen the withdrawal agreement, and Jeremy Corbyn still won’t say if he’d even campaign for his own deal.

Reality: The IFS say the raise is less than offered in 2018, while the British Dental Association claim the free check-ups will cost £450 million a year.

Promise: Target successful companies by forcing them to hand shares to workers, and cracking down on excessive pay for executives.

Reality: Law firm Clifford Chance reckon the scheme would see almost £300 billion of shares snatched away from investors over 10 years. 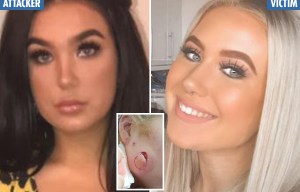 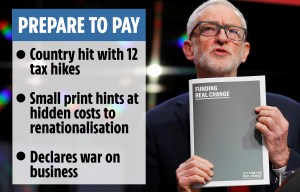 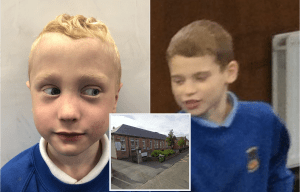 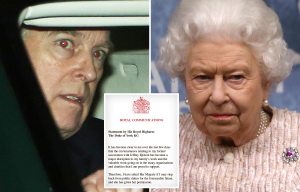 Promise: Labour say they will build 150,000 council houses a year by the end of parliament.

Reality: Experts reckon the plan will cost £10 billion a year, and could fall apart if they have to buy land to build on.

Alli will not play against Arsenal due to injury
Jose Mourinho: I Believe Tottenham can win trophies under me
Pep Guardiola: Second place in the Premier League is more important than winning English cups
The 1966 world champion Jack Charlton has died at the age of 85
Smart ticket sales in Poland: roommates sit next to each other, social stations are created automatically, and attendance increases by 20%
A gay player from the Premier League wrote an anonymous letter published in The Sun: I hope that one day I will be able to confess. I feel trapped
Zinedine Zidane: what Courtois does in every game is phenomenal
Source https://www.thesun.co.uk/news/10395277/we-reveal-the-hidden-nasties-in-jeremy-corbyns-crazy-spending-plans-thatll-cost-billions-extra/