Video of a military jet falling into the water after a failed takeoff from HMS Queen Elizabeth has prompted an investigation by the Military of Defence who are trying to establish if the footage is genuine. A 15-second clip was shared on Twitter which showed CCTV footage, which is assumed to be recorded on a phone, showing the devasting crash which was reported on earlier this month. The MoD said it was "too soon" to comment on the potential cause of the incident and said recovery efforts are "ongoing".

The footage, shared by "defence commentator" @sebh1981 on Twitter, shows the plane travelling down the ramp at a slow speed.

After a few seconds, the jet crashes into the water below with personnel running towards the crash.

A parachute also seems to be deployed from the jet which lands shortly after the crash.

The pilot survived and was rescued. 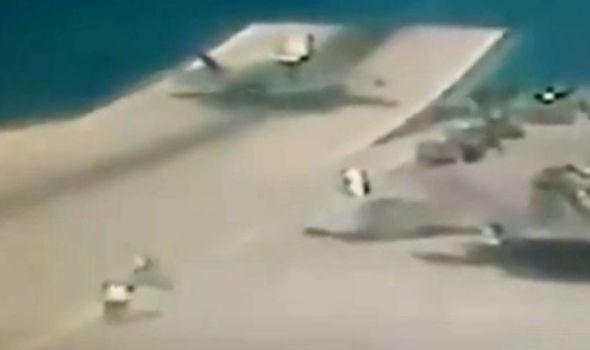 The jet failed to take off as it crashed into the ocean (Image: @sebh1981) 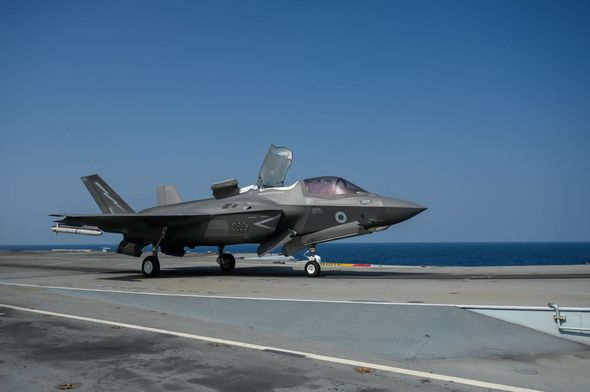 The £100million jet is kitted out with the latest military technology (Image: Getty)

It is believed the event happened on November 17 as the HMS Queen Elizabeth was returning back to the UK, according to Sky News.

Several theories have circulated as to why the plane failed to fly with some suggesting something may have been sucked into the engine.

An MoD spokesperson said: "We are aware of a video circulating online. It is too soon to comment on the potential causes of this incident."

"The recovery efforts are ongoing and the Defence Accident Investigation Branch will report back their preliminary findings in due course."

France and UK ‘need each other’ on issues says Timmermans 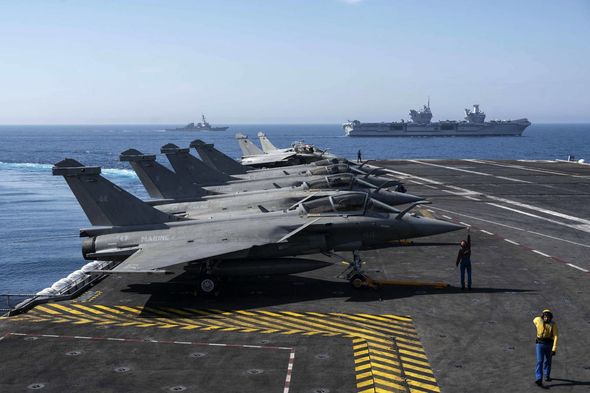 HMS Queen Elizabeth was returning to the UK when the crash happened (Image: Getty)

Former Royal Navy officer told Sky News: “Given how close the aircraft ditched to the bow, and the speed of the ship on launch, the likelihood of it hitting the bow of the ship (under the waterline) would be quite high...

“Warship steel is not that thick so, even despite the weight discrepancy between the two, I would want the compartments near the bow checked immediately… I would then want the hull dived on at the first opportunity, just to be sure.”

The crash was initially reported on November 17 however there was no footage showing the crash at the time. 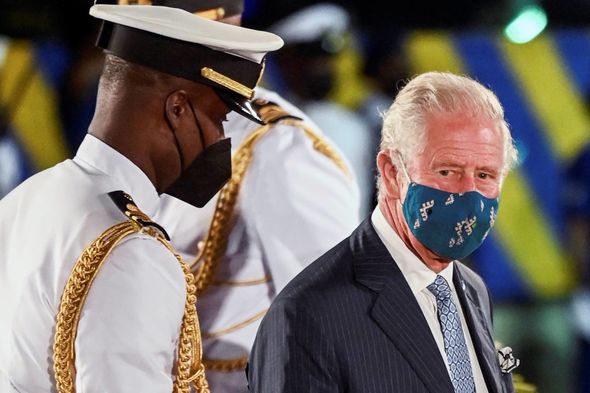 Prince Charles was due to visit the aircraft carrier but cancelled at the last minute (Image: Getty)

When the news broke earlier this month, the MoD said: "A British F35 pilot from HMS Queen Elizabeth ejected during routine flying operations in the Mediterranean this morning.

"The pilot has been safely returned to the ship and an investigation has begun, so it would be inappropriate to comment further at this time."

Prince Charles was due to visit the aircraft carrier but cancelled his trip at the last minute after the jet crashed a few days before he was due to turn up.

In Georgia, GOP upheaval over elections continues into 2022