CONOR McGREGOR has fuelled speculation he could be preparing for another boxing match after sharing training footage in the ring.

It comes after UFC president Dana White revealed a 'big announcement' is to come regarding his impending move into the boxing business.

In the same breath the promoter also revealed he has held talks with McGregor, 32, regarding his future, having announced his retirement in June.

One said: "Dana White said the UFC are working on “some fun stuff” for Conor McGregor.

"It looks like McGregor is returning to the boxing ring in the near future..."

Dana White said the UFC are working on “some fun stuff” for Conor McGregor. It looks like McGregor is returning to the boxing ring in the near future... pic.twitter.com/T8iQ3fRIEf

McGregor could probably just switch to boxing and have a pretty successful career. He didn’t do all that bad against Floyd just didn’t have the gas tank to finish the fight. https://t.co/swgKOxtgxK 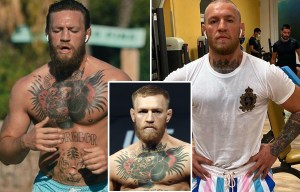 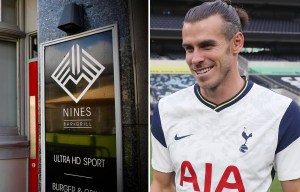 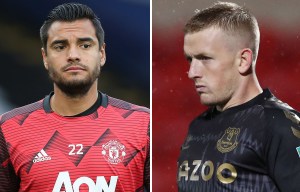 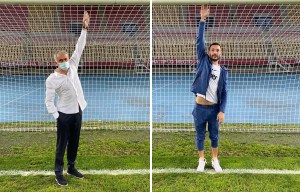 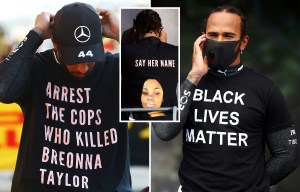 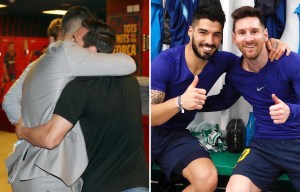 McGregor - who showed off his newly shaved head - has not fought since beating Donald Cerrone, 37, in 40 seconds in January.

But his dream of a three-fight 'season' was soon dashed after the coronavirus pandemic halted his new found momentum.

Before winning for the first time in three years, McGregor declared plans to challenge for a boxing world title.

He wanted to rematch Floyd Mayweather, 43, who he lost to on his boxing debut in 2017, as well as revealing negotiations took place to fight Manny Pacquiao, 41.

But just six months later, the Dubliner hung up the gloves after his hopes of facing Khabib Nurmagomedov, 31, took a hit.

It came as Justin Gaethje, 31, won the interim lightweight belt to set up a unification against Khabib, who beat McGregor in 2018.

Despite quitting the UFC following a loss in motivation, White revealed the superstar is interested in 'fun projects' they discussed.

He told BT Sport: "I talked to him a couple days ago, not talking about fighting right now.

"We are working on a couple of other fun projects for him, he's interested, so we'll see if we can get it done.

"If we do I'll probably be talking about it after Fight Island."

On his move into boxing, White added: "We’ll probably have something to announce here soon.

Mayweather last November announced online that he was 'coming out of retirement in 2020' and would be working with White to do so.

The UFC boss had confirmed the American legend is still eyeing a return to the ring, with the pair holding further talks.

Douglin told Vegas Insider this month: “I do think this could happen, I think he’s going to fight UFC guys.

“It’s actually quite interesting because I’m left-handed and McGregor and Khabib are both left-handed.

“So him choosing to spar me, that might be the reason why.

“That’s something someone said to me the other day and I was like, ‘you know what, that makes sense’, so it’s very possible.

“The McGregor fight generated so much money, why not do something like that again or fight another UFC fighter if he’s making millions of dollars?”

Alexander Kerzhakov has a coronavirus. He missed Tomi's match (Metaratings)
Busquets about 1:3 in the Clasico: Real Madrid's victory was determined by a penalty. Barca were punished excessively
Conte about 2:0 with Genoa: Inter are aware of their strength, and this helped us play with confidence
👏 The whole world is talking about Khabib's departure and congratulates him on his victory. They demand the first place in the rating for him and respect the desire to be with his family
Klopp Pro 2:1 with Sheffield: Wins 2:0 or 3:0 come when you fight fiercely in games like this
Messi repeated his worst streak - 6 games without goals to Real Madrid
Schalke are 21 consecutive games unbeaten in the Bundesliga and are in penultimate place
Source https://www.thesun.co.uk/sport/12767972/conor-mcgregor-ufc-mayweather-pacquiao/