Ahead of the ninth and last episode of the hit Disney Plus series, many viewers anticipated a cameo appearance from Benedict Cumberbatch’s character considering Elizabeth Olsen will next play Wanda Maximoff in 2022 sequel Doctor Strange in the Multiverse of Madness.

While Cumberbatch never showed up – something that left some fans feeling disappointed – others highlighted that the character’s presence was felt thanks to Easter eggs and references that might have been lost on the more casual viewer.

The finale of WandaVision saw Wanda lock heads with Westview neighbour Agnes (Kathryn Hahn), who was revealed to be ancient sorceress Agatha Harkness. 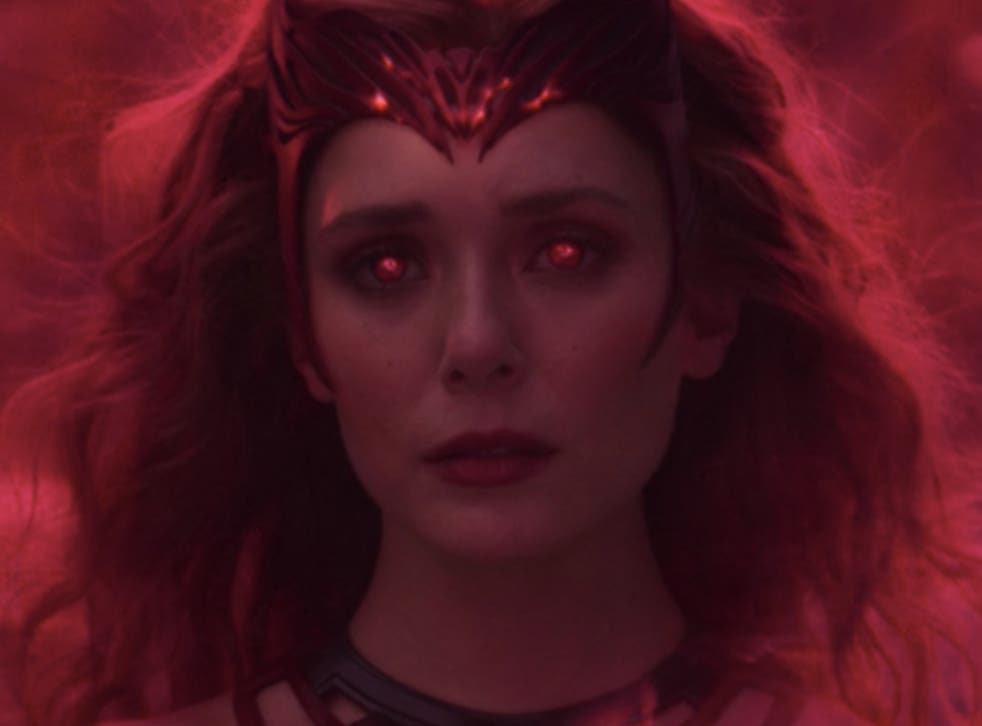 Wanda transforms into the Scarlet Witch in the ‘WandaVision’ finale

Having read about the prophecy that Wanda will become the Scarlet Witch in a book known as The Darkhold (more on this important addition to the MCU here), Harkness attempted to procure her witchcraft powers for herself – something that, in turn, fulfils the prophecy.

At one stage, Agatha says that Wanda will one day be “more powerful than the sorcerer supreme”. In the Marvel universe, there are many people who hold the title of “sorceror supreme”, but that person is currently Doctor Strange.

In a post-credits scene, Wanda is shown to be lying low in a mountainous hideout after shutting down Westview, and saying emotional farewells to Vision (Paul Bettany) and her two children, Tommy and Bobby.

However, instead of sitting on the doorstep and drinking coffee, as she is shown to be doing we first see her, she is actually soaking up knowledge of The Darkhold via astral projection, much in the same way Doctor Strange does in his 2016 standalone film.

To hammer home the comparison between the pair, the music used over this scene is actually a slowed down and much darker version of Doctor Strange’s theme. Many fans who noticed the “sinister” theme said they were given “goosebumps” by the detail.

This directly sets up the sequel, not to mention the fact that the characters’ paths are about to collide in a potentially destructive way.

WandaVision is available to stream on Disney Plus. Doctor Strange in the Multiverse of Madness will be released in cinemas on 25 March 2022.