A Ukranian military plane carrying air force cadets and pilots has crashed in the north east of the country,  killing at least 22 people, officials have confirmed.

At least two people were injured and taken to hospital following the incident, which occurred on a training flight according to the nation’s president Volodymyr Zelenksy.

A search is currently underway for four more people according to the Kyiv Post , which added that one trainee thought to have been caught up in the crash was discovered to have not boarded the Antonov An-26 carrier.

Of the 27 people on board, 21 are reported to have been cadets. 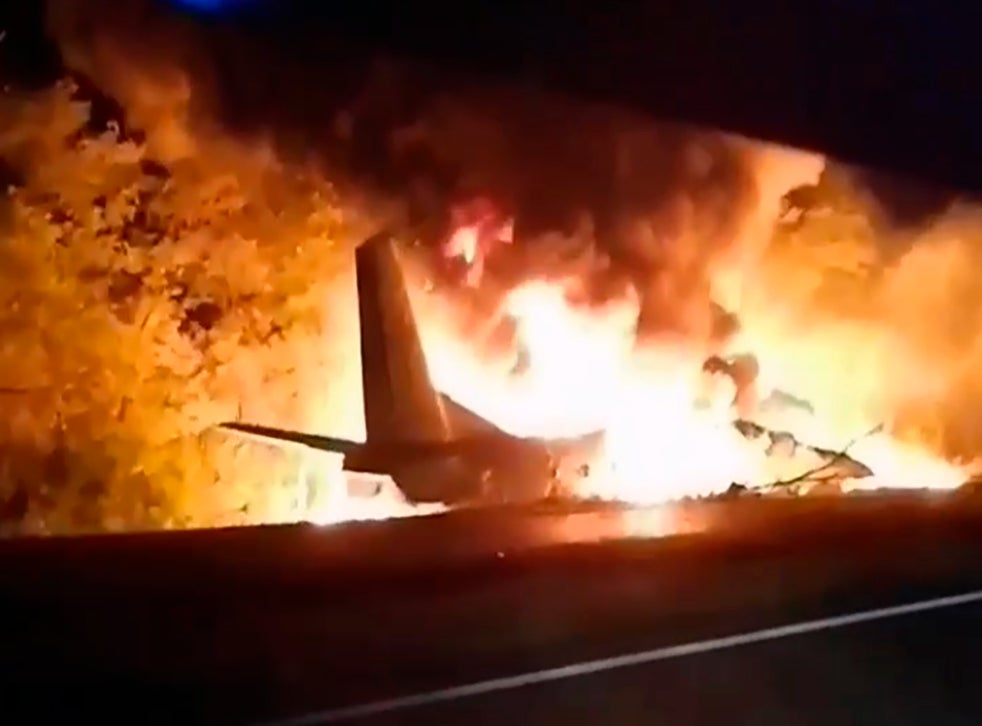 The crash took place 2 km from a military airport near the city of Kharkiv, the State of Emergency Service in Ukraine said in a statement.

"The bodies of 22 people were found, two people were injured and the search for four people continues," the agency added.

It is currently unclear what led to the incident as the plane came into land, with footage from the scene showing the aircraft engulfed in flames by the side of a road.

Mr Zelensky wrote on Facebook that the incident was “a terrible tragedy”, adding that he had “just no words”.

He added that he would visit the region tomorrow, and was “urgently creating a government commission to investigate all circumstances and causes of the tragedy” which will be led by prime minister Denys Shmyhal.

Asensio on Real Madrid: One of the best squads in the world. Atletico and Sevilla can become our competitors in La Liga
Manchester United issued a warning to Greenwood due to his discipline problems. He was not in the squad for two games in a row
Raheem sterling: we Need to fight insults on the Internet. Do people want to change something?
Mourinho on Europa League: it's not fair that you get clubs from the Champions League in the play-offs
In real Life, they thought about changing the coach. Candidates - Pochettino and Raul (As)
Khabib: I like Football more than MMA. There is no need to beat, break. Just by beauty you show what a professional you are
Gem, a masterpiece, from Russia with love: in Italy, love the Beginning
Source https://www.independent.co.uk/news/ukraine-plane-crash-death-toll-b605444.html