On Friday, the UK recorded the hottest August day since 2003 and the heatwave is expected to continue for the rest of the week. But the hot weather is set to turn as a rare phenomenon is on the horizon.

According to WXCharts, severe thunderstorms are set to batter the UK from tomorrow to Thursday.

Writing on Twitter, the meteorological organisation said: “An enormous amount of predicted CAPE over the coming days, giving the potential for some severe thunderstorm development across the UK, quite a rarity.”

CAPE stands for Convective Available Potential Energy and is used as an indicator for thunderstorms. 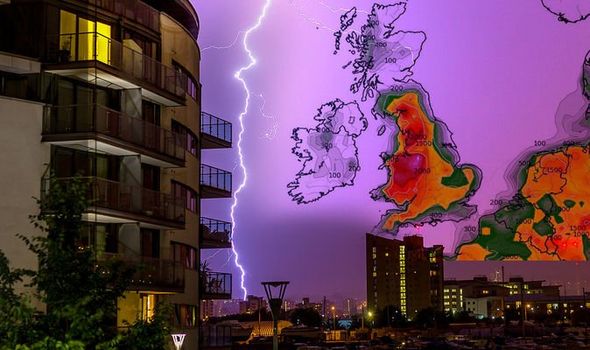 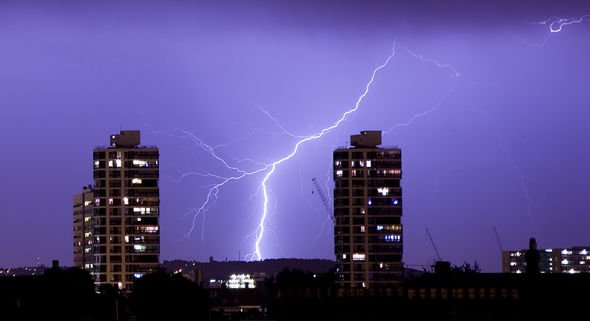 UK expected to be hit with rare thunderstorms (Image: Getty)

As the week goes on, the storms gradually move down the country into mainland Europe.

The Met Office predicted thunderstorms were on their way and warned some places could be hit with up to 80mm of rain.

Dan Harris, Met Office deputy chief meteorologist, said thunderstorms are on the way and warned some places could be hit with up to 80mm of rain.

He said: "We've issued a broad thunderstorm warning for Monday and Tuesday for all parts of the UK, since although the ingredients are there, it's just too early to pinpoint the details of exactly where and when thunderstorms will occur. 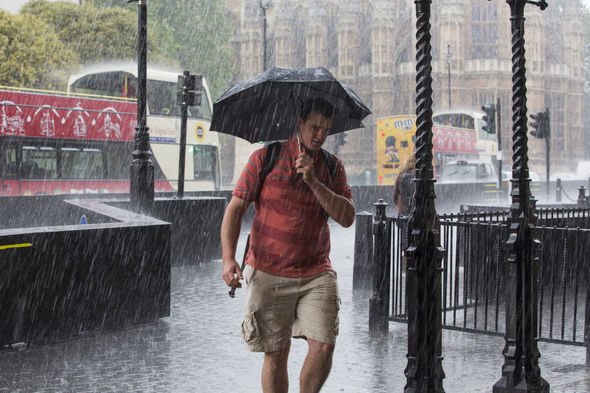 "As such, we will be monitoring the developing signals closely and I urge people to keep a close eye on Met Office warnings and forecasts over the coming days."

Over the weekend, the Met Office issued a level three heat-health warning for the South and South East as temperatures soared.

Ishani Kar-Purkayastha, a consultant at Public Health England, said: “This summer, many of us are spending more time at home due to COVID-19.

"A lot of homes can overheat, so it's important we continue to check on older people and those with underlying health conditions, particularly if they're living alone and may be socially isolated." 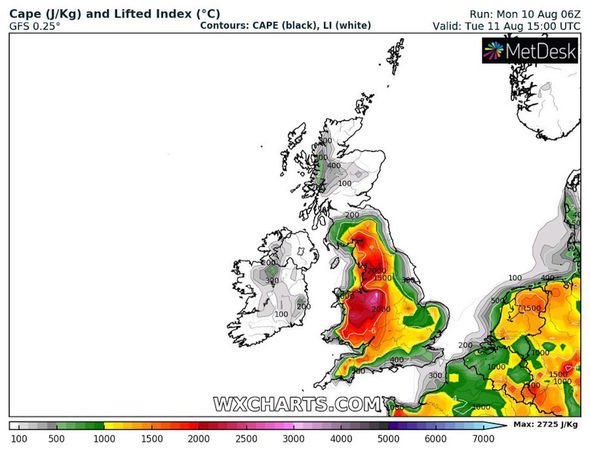 Temperatures over the weekend reached highs of 36C but Bob Ward, from the Grantham Institute of Climate Change, warned heatwaves are getting hotter each year.

Speaking to Sky News, Mr Ward said: “Remember in 2003, we had an exceptional heatwave which killed 2,000 people here and 70,000 people across Europe.

“We’ve had two days this summer already that rank in the top ten warmest days ever recorded in the UK so this is an exceptional period of hot weather.”

He went on to say how the increasing number of heatwaves are directly linked to climate change. 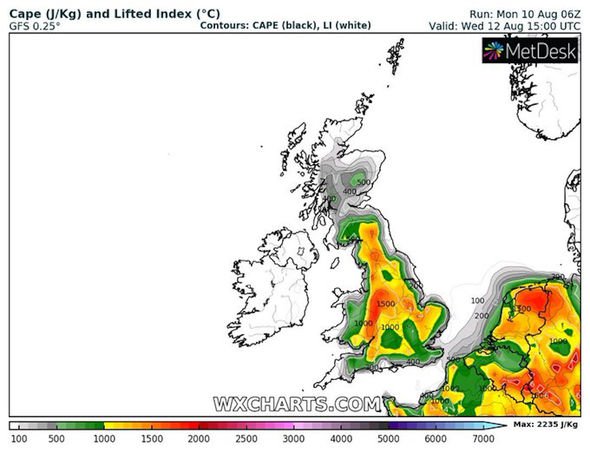 The storms will travel down UK by Thursday (Image: Twitter/WX Charts)

Mr Ward warned these extreme periods of heat can be deadly for the with underlying health conditions.

He continued: “It is part of a pattern we are seeing heatwave conditions increasing in frequency and intensity because of climate change.

“We are seeing different weather patterns but the general average trend across the UK is it’s getting warmer.

“In summer that increase in temperature can be deadly because we get these extreme periods. 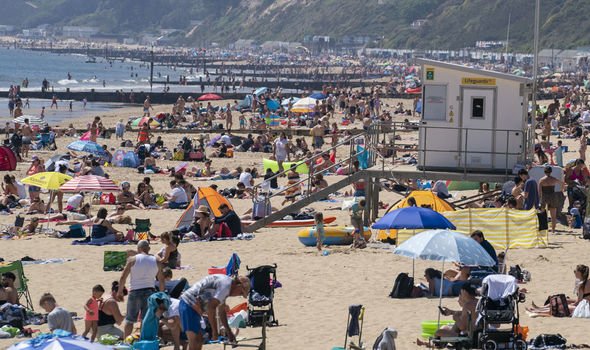 ”So our heatwaves, the peak temperatures we are seeing in heatwaves are getting hotter.

“Remember, the hottest temperature ever recorded in the UK occurred last summer and the summer before was tied with the warmest we’ve ever seen in the UK.

“So it is a clear pattern and whilst these extremes of heat are OK for people in good health but are deadly for people who have underlying health conditions and who are susceptible to heat.”

Where are all The Apprentice winners now?