Charts from Net Weather have shown snow clouds sweeping across northern parts of England and Scotland. The charts show widespread shades of red and yellow – this is due to Arctic storms making their way down to the UK just in time for the Christmas week.

He said: “At the moment there are signs for a drier, quieter spell of weather just in time for the Christmas period, with the potential for colder temperatures making things feel a little more festive.”

Bonnie Diamond at the Met Office added temperatures may peak at 11C in some places over the weekend.

She said: “Into the weekend, things are going to settle down a little bit, compared to the heavy rain and strong winds, with some signs that drier, quieter weather might become established around Christmas Day.” 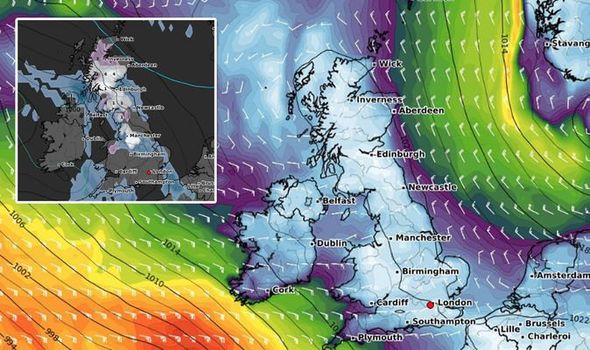 The UK will be battered by snow over the festive period (Image: WX CHARTS/NET WEATHER)

Snow maps from WX Charts and NetWeather show the first major snowfall expected to arrive on Christmas Eve with the north of Scotland hit as well as part of northern England and Wales covered.

But the main snow will land on the morning of December 27 when up to 4cm is expected in Scotland and the north of England.

Blizzards could reach as far south as Birmingham. And the result of the United Kingdom can expect icy rain as Christmas ends with bitter winds from the Antarctic.

The big freeze warning comes amid the Met Office issuing yellow warnings for rain until the end of Sunday.

The Met Office said: “Homes and businesses could be flooded, causing damage to some buildings, most likely across southwest England and south Wales.

“Delays or cancellations to train and bus services are possible.

“Spray and flooding could lead to difficult driving conditions and some road closures. 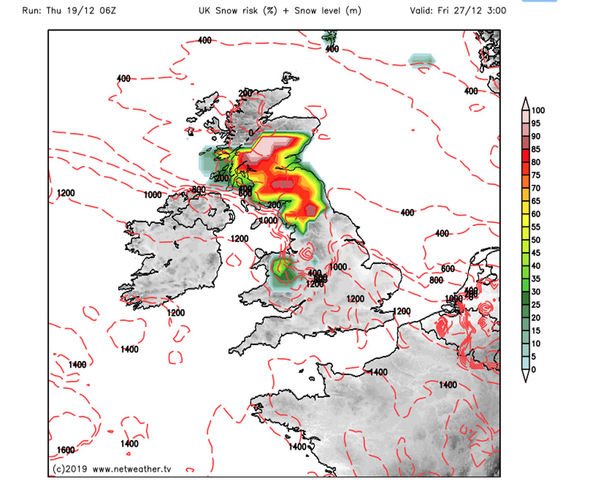 “Some communities may be cut off by flooded roads, most likely across southwest England and south Wales.

“There may be a possibility of power cuts and loss of other services to some homes and businesses, most likely across southwest England and south Wales.”

The wind and pounding rain are being caused by a low pressure system sweeping across the country.

This means the heavy weather seen in Northern Ireland, south-west England and Wales is set to continue over one of the busiest travel periods of the year. 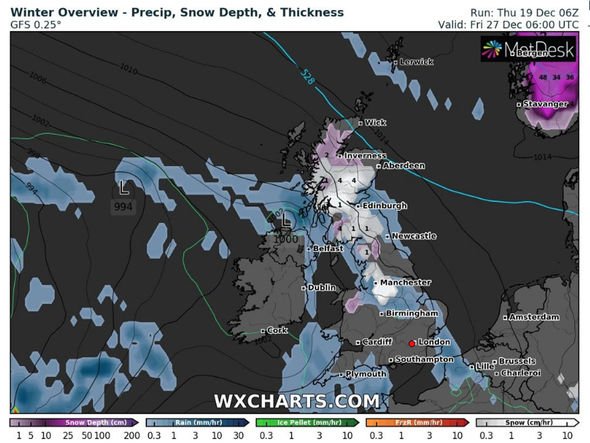 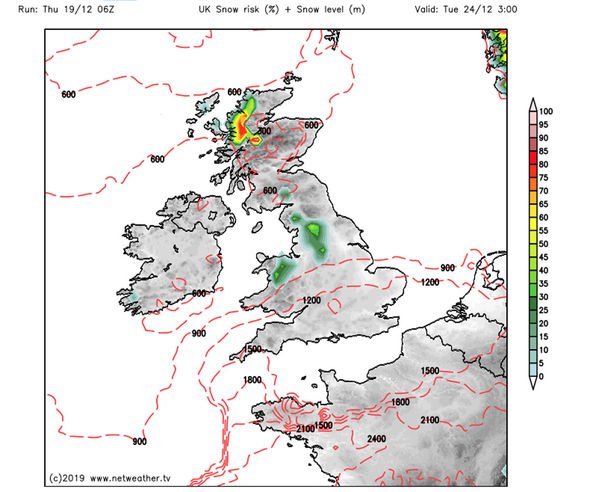 Temperatures may peak at 11C in some places (Image: NET WEATHER)

The Met Office has warned drivers to beware of flash flooding and standing water.

This is due to between 60mm and 90mm of rain falling before the end of the week.

The the west coast of England and Wales will also be affected until 3am on Thursday morning. 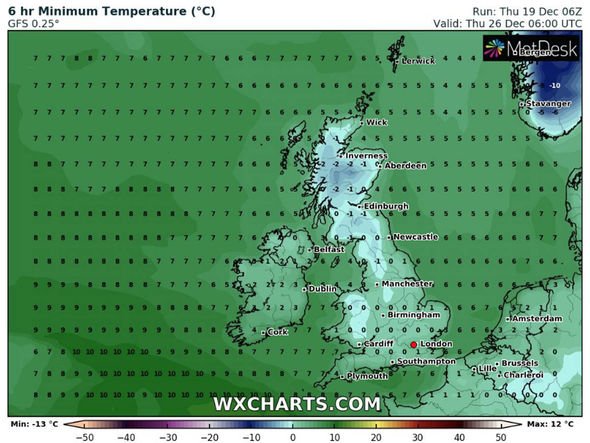 Arctic storms will make their way down to the UK (Image: WX CHARTS)

Coastal areas could see gusts of up to 70mph.

The wind warning intersects a yellow rain warning covering all of Cornwall and the south of England that is in force until 12pm on Friday.

Not everywhere has experienced unseasonably warm weather - Balmoral Castle was picture-perfect after snowfall in the Highlands earlier this week.

Parts of Yorkshire and Northumberland were also coated in white.

Pep about 3:1 with Wolverhampton: Sometimes Manchester City enter the season quickly, sometimes they don't. We played well
Kevin de Bruyne: Wolverhampton have caused Manchester City problems before. I am glad that we played well
Stefano Pioli: Milan are confident, can grit their teeth and fight. Zlatan proves that he is a champion
Ibrahimovic on the Bologna double: If I was 20 years younger, I would have scored a couple more. But I'm not old
Cavani's entourage and Atletico discussed a two-year contract at a hotel meeting
Abramovich is suspected of secretly investing in players of other clubs
Ibrahimovic has scored 23 consecutive seasons at club level
Source https://www.express.co.uk/news/weather/1219253/UK-snow-forecast-christmas-snow-warning-met-office-weather-latest-maps?utm_source=feedburner&utm_medium=feed&utm_campaign=Feed%3A+daily-express-news-showbiz+%28Express+%3A%3A+News+%2F+Showbiz+Feed%29