CORONAVIRUS deaths in the UK have risen by 65 to 46,364 in the lowest Wednesday since lockdown.

This is also a rise from 560 new cases two weeks ago as infections continue to surge in the UK.

This is the lowest number on a Wednesday since lockdown began.

And it is lower than yesterday when 89 more people lost their lives to the deadly disease.

In England today, there were 13 more deaths in hospital - bringing the total to 29,371.

NHS England confirmed the latest victims were aged between 52 and 92 - with all having underlying health conditions.

There were no new deaths in Scotland today for the 20th day in a row - keeping their total at 2,491.

In Wales, a further two people have died with their total now at 1,568.

While in Northern Ireland, there have been no further deaths.

It comes amid fears Preston could be plunged into fresh lockdown due to a spike in coronavirus cases.

New restrictions would see the city follow in the footsteps of nearby East Lancashire, Greater Manchester and parts of West Yorkshire.

Pubs and restaurants in Aberdeen will also shut from 5pm tonight after a surge in new infections.

Scottish First Minister Nicola Sturgeon announced the new restrictions after the cases were linked to 20 pubs and restaurants in the area. 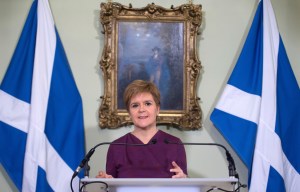 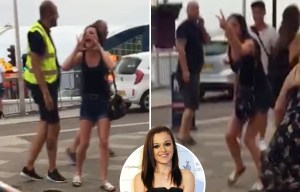 Ms Sturgeon also told people not to travel to Aberdeen.

The new rules in Aberdeen are far tougher than local lockdowns in parts of northern England - where people are no longer allowed to visit others indoors, but can still head to the pub.

Schools will also reopen for kids in Northern lockdown areas in September, the schools minister has said.

Jose Mourinho: what happened to Dyer is not normal, he was dehydrated. If the League management doesn't care about the players, I don't
Jose went berserk twice during the match with Chelsea: ran over Lampard and ran to look for Dyer - he rushed to the toilet right during the game
Lampard on relegation from the League Cup: we Need to keep a positive attitude. Everything will come if Chelsea score second, leading the score
Call of nature, what can you do? Dyer explained why he ran to the dressing room during the match with Chelsea
Mourinho and Lampard shook hands before the penalty shootout. In the first half, they had a fight
Dest arrived in Spain to complete a transfer to Barca
Lionel Messi: I Am responsible for my mistakes. I wanted Barcelona to become stronger
Source https://www.thesun.co.uk/news/uknews/12321237/coronavirus-deaths-cases-uk-figures/