TYSON FURY and Francis Ngannou have both opened the door to one day fighting each other in a crossover of heavyweight proportion.

Ngannou first set his sights on a boxing career aged 22 but after moving to France, he instead embarked on an MMA as it was easier to find fights.

Fury, 32, too has flirted with the idea of one day swapping the ring for the UFC octagon, but only after he has hung up the boxing gloves.

Ngannou, 34, is adamant his boxing dream is not over and called out the unbeaten WBC champion.

Fury appears up for the challenge as the two traded words online, and here, SunSport details how their careers compare.

The Gypsy King was 24 straight wins to the good when he travelled to Germany and dethroned Wladimir Klitschko in 2015.

But a battle with depression and substance abuse caused him to vacate the belts and take three years out the ring.

When he made his inspirational return, it was only two fights and half a year later when he took on then-undefeated champion Deontay Wilder.

Fury convincingly outboxed the American, despite twice being floored, only to get a draw on the cards.

Unfortunately for Ngannou, the Brit's ability to get up off the floor after being hit by one of history's hardest punchers is bad news for the UFC star.

Fury then showcased his versatility as he switched tactics to walk Wilder, 35, down, twice deck him, before the fight was stopped in round seven.

The 6ft 9in switch-hitter is by far the most elusive heavyweight in the world, and has proven to take a shot and still get up.

It would be hard to see past Fury completely bemusing Ngannou in the ring, but his susceptibility to being caught with a right hand does at least give the Cameroonian hope. 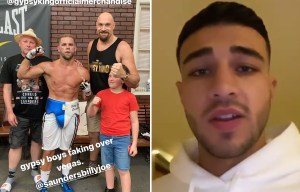 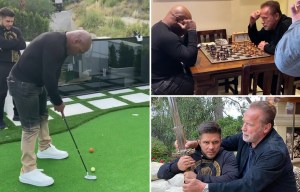 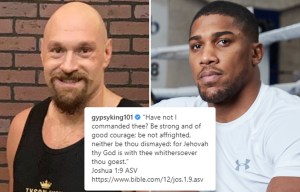 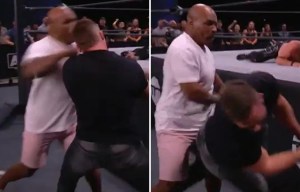 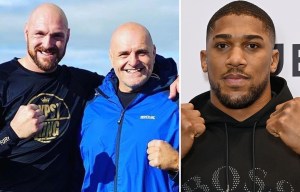 Tyson Fury must fight soon with or WITHOUT Anthony Joshua, reveals dad John 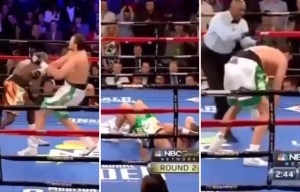 Ngannou had six fights, with only one loss, before he signed for the UFC in 2015.

He enjoyed a meteoric rise in America due to his devastating power and after six straight finishes he challenged for the UFC title.

But he suffered defeat to Stipe Miocic on points and his fitness concerns were there for all to see after five exhausting rounds.

It knocked Ngannou's confidence, with the heavyweight gun-shy in his next fight against Derrick Lewis, where he lost on points.

It prompted Ngannou to switch camps to Las Vegas and four wins later he rematched Miocic, and avenged his loss with a devastating KO.

UFC president Dana White revealed tests on the champion proved his power is equivalent to a 12-pound hammer being swung at full force.

Even with the bigger boxing gloves on, that kind of threat makes him a threat against anyone, in the cage or ring.

And his reformed style has made him a more tactical fighter, but even then, he is someway off having the boxing brain of Fury.