TYSON FURY claims he has accepted an offer to fight 53-year-old Mike Tyson in a sensational exhibition bout.

The super showdown is believed to be just one of Iron Mike's return fights after his jaw-dropping return to fitness some 15 years after announcing his retirement.

Tyson is also being lined up for a rematch against old enemy Evander Holyfield, despite the pair having a combined age of 110.

And he's reportedly set to be offered more than £16million to compete in the Bare Knuckle Fighting Championship.

But so far, it is only a fight against 31-year-old WBC heavyweight champ Fury - who could be set for his own trilogy bout against Deontay Wilder - that appears to have been agreed.

Fury - who wants to see Tyson take on Holyfield for a third time - told BT Sport: "I did get a phone call with a chance to fight Mike Tyson. I was like ‘what?’

"Yeah, I had a phone call saying ‘would you like to fight Mike Tyson in an exhibition fight?’ I was like ‘hell yeah!’"

Fury, who previously said he would beat Tyson in an amazing cross-era bout, added: "But I don’t think anything's materialised out of it to be honest.

"So yeah I think he’s [Mike Tyson] definitely serious about doing some fights or whatever, but he’s fought Holyfield twice so they’re both old now, so I think they’re a bit long in the teeth.

“But who am I to say anything, what anybody’s capable of? I wouldn’t try and kill anybody’s dreams.

"If they're both fit to fight, medically fit, then let them do what they want to do. It’s their life not mine."

Tyson - who boasted his comeback fight will be against a bigger name than Holyfield - appears to be welcoming all challengers and recently accepted former UFC champion Tito Ortiz's offer of a bout as well as former heavyweight king Shannon Briggs.

Quite how many fighters Tyson actually steps in the ring with remains to be seen.

But for Fury, trading leather against the man he was named after and idolises would surely be a dream come true, especially to raise money for charities close to both their hearts.

The pair are big buddies as well, with Tyson recently calling Fury "the greatest".

Speaking of the Gypsy King's comeback from depression and addiction, he told Ring Magazine: "With Tyson, if he didn’t go through everything he’s been through, he wouldn’t be the person that he is today.

"The mental health issues? That’s why he’s the greatest, because he’s sick, and that’s being real.

"People want him to be normal. Yeah, be normal and go on the f***ing welfare line.

"Tyson doesn’t know what normal is. Tell him to stay the f*** away from normal; he wasn’t meant to be normal.”

Fury's rival Anthony Joshua has spoken out on The Baddest Man on the Planet's ambitious comeback plans.

The return has been rubbished by a string of high-profile critics but AJ feels his hero has just been on an extended 15-year holiday and will be back with a bang.

The 30-year-old said: “For everyone else it is a ‘comeback’ but for him it is just what he does, he is a fighter.

“He has probably just taken a little break, everyone else is thinking ‘oh my God, Mike Tyson is making a comeback’. 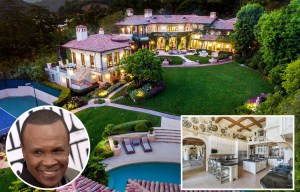 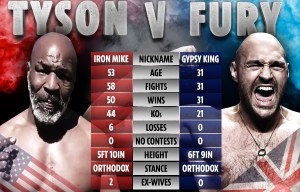 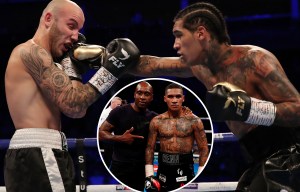 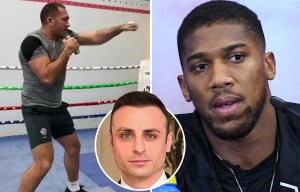 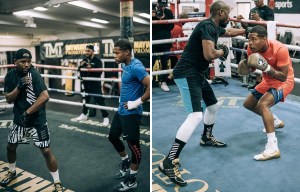 Mayweather ready for boxing return and in top shape at 43, reveals Haney

“But Tyson is probably just thinking ‘this is what I do, I am a fighter by nature’.

“If he is back in the ring then I would love to see it, I will definitely be one of the viewers, that’s for sure.

“He was the man when I was growing up, I watched him on YouTube."

Flick about the Cup final with Bayer: It will not be like in the championship. They can hurt us
Holland will play in Dortmund and under 9-m number from the next season
Solskjaere and Lampard are among the contenders for the title of best coach in June in the Premier League
Umtiti injured his left knee. He won't have surgery
Thibaut Courtois: there are a lot of difficult matches Ahead, but it is better to be 4 points ahead than to fall behind with such a margin
Bayern have not received offers for Tiago, but the player has already said goodbye to the team
Bruno, martial, Ings and Jimenez – among the contenders for the prize of the best player of June in the EPL
Source https://www.thesun.co.uk/sport/boxing/11713233/mike-tyson-fury-fight-comeback/