TYSON FURY is open to having his huge undisputed heavyweight title fight with Anthony Joshua staged in the UK, according to his promoter Frank Warren.

The Gypsy King and AJ have been negotiating a monumental two-fight deal for the pair to clash in the summer, with the rematch to take place in November or December.

Both sides signed the fight contract last month and were given 28 days to agree a site, date and financial particulars.

And over the weekend, both Joshua and Fury confirmed they'd been presented with offers from various countries to host the fight.

Saudi Arabia looks to be the frontrunner, but Qatar, Russia, Uzbekistan, the US and the UK were all mentioned by Fury, too.

Fury's British promoter Warren says talks for the first fight to be hosted in the UK have gone on for some time, with London mayor Sadiq Khan pledging his backing to the fight in an interview last week.

Warren told SunSport: "We're just waiting for confirmation on a couple of offers, we're waiting for them to come in and I understand they're imminent.

"If the offers are acceptable then it'll happen this summer. If the fighter's expectation levels are being met then it should do.

"If they're not met then everyone has got to step back and take a reality check.

"But I'm an optimist and I'm confident that what everyone's working towards will happen. I do believe we will get something concrete.

"And there's one other thing, we've been negotiating for a while now to put the fight on in the UK. We've been working to do that.

"If Sadiq Khan wants it at Wembley then he needs to put his hands in his pocket and make it happen.

"There's interest from other countries of course but the UK thing is still there. Everything is governed, however, by what's happening with the pandemic. No-one knows what's going to happen.

It's thought both Joshua and Fury will earn up to £100million each for their massive bout, but coronavirus restrictions across the globe have seeded doubt about just how much each fighter will take home.

There have been reports that potential host countries Saudi and Qatar would rather wait for the fight to take place later in the year, when more fans will be able to attend Joshua vs Fury.

Warren is keen for the fight to happen at Wembley Stadium in London, however, and hopes it can be done for the fans.

"I'd love the fight to be in the UK, the fans deserve it. It's an all-British affair, it's a history-making fight," he added.

"It's two British heavyweight fighters, with all four belts on the line. It's never happened before, so it's unique." 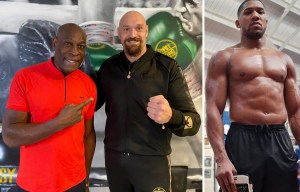 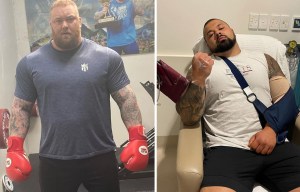 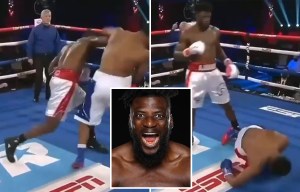 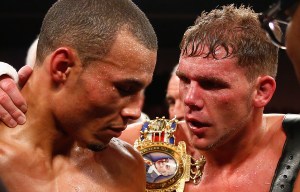 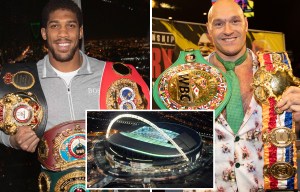 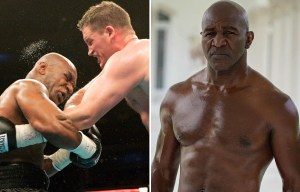 Fury will have been out the ring for 17 months by the time a potential first fight with Joshua takes place, though.

And Warren has warned the WBC titleholder will move on if the negotiations continue to drag on.

He said: "If this goes on too long then Tyson will have to move on, he's p****d off he's been inactive, he wants to be out, he's not going to hang about forever, that's for sure."