PRESIDENT Donald Trump has filed a personal lawsuit in Wisconsin, claiming his loss in the state was “unconstitutional” – days after his campaign paid $3million for a recount.

Trump filed the lawsuit on Wednesday against the Wisconsin Elections Commission “in his personal capacity,” his campaign said.

The suit, filed in the US District Court for the Eastern District of Wisconsin, Milwaukee Division, “is based on the unlawful and unconstitutional acts by Wisconsin public officials.”

The Trump campaign claims that those alleged acts were done by the Wisconsin Elections Commission and the mayors of five of the state’s largest cities – Milwaukee, Madison, Kenosha, Green Bay, and Racine.

The president’s lawsuit asks that the court “find constitutional violations by defendants and send the matter to the Wisconsin Legislature.”

A press release from the Trump campaign states that according to the Constitution, the legislature makes the final decisions on constitutional violations in presidential elections.

The suit claims that the mayors of those five cities installed unmanned absentee ballot drop boxes that didn’t have proper security protocols.

Trump’s lawyers have alleged the ballots might have been tampered with, however, they’ve provided no evidence to prove this.

Trump personally spent $3million on a recount in Wisconsin, and on Sunday, the state finished its recount.

Instead of favoring Trump, the recount actually turned out an additional 87 votes for Joe Biden, increasing his more than 20,000-vote lead.

In Dane County, Trump gained 45 more votes, and in Milwaukee County, Biden gained 132 votes for a net gain of 87 votes.

“As we have said, the recount only served to reaffirm Biden’s victory in Wisconsin," Danielle Melfi, who led Biden's campaign in Wisconsin, said in a statement.

On Tuesday, Trump’s campaign filed a lawsuit trying to have 221,000 ballots in Wisconsin’s two most Democratic counties out.

On Monday, Wisconsin certified its 10 Electoral College votes – decisively marking Biden as the winner of the heated 2020 race.

Democratic Governor Tony Evers signed a certificate that completed the process after the canvass report showing Biden as the winner following the recount was approved by the chairwoman of the bipartisan Wisconsin Elections Commission.

Arizona also certified its election results on Monday, for which Trump lashed out at Arizona's Republican Governor Doug Ducey. 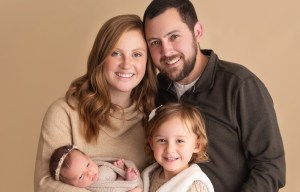 States where Trump has also tried to overturn its election results – Georgia, Nevada, Michigan, and Pennsylvania – have also certified their votes.

Georgia is currently conducting a second recount at the request of the Trump campaign.

However, officials have said Trump is not expected to beat Biden's 12,000 vote lead in the Peach State.

Conte on 2-1 with Milan: Before the winning goal, the result was unfair. Their goalkeeper is the best player of the match
Mikel Arteta: Arsenal did everything right, but they lost. Wins give confidence
Nicolo Barella: We proved that we are stronger than Milan
Go do your voodoo shit, you little ass. Ibrahimovic-Lukaku during the Cup match
Pioli on the defeat by Inter: The only difference was the relegation. There could be any result in equal teams
UEFA has no plans to abandon the Euro in 12 cities. Other options are undesirable
Eriksen scored for Inter for the first time in almost six months - Milan in the Cup in the 97th minute from a free kick
Source https://www.thesun.co.uk/news/13368201/trump-election-wisconsin-personal-lawsuit-recount-defeat/