DONALD Trump bashed the late civil rights icon John Lewis and said that he "doesn't know him" and slammed him for missing his inauguration.

During an interview with Axios that aired on Monday, the president was asked about how history would remember the legend, to which Trump replied: "I don't know, I really don't know."

"He chose not to come to my inauguration," he said. "He chose, I never met John Lewis, I don't believe."

The Georgia congressman and people's champion passed away last month at his home in Atlanta at aged 80 after losing his battle to pancreatic cancer.

Lewis helped found the Student Nonviolent Coordinating Committee (SNCC) and was named its chairman in 1963, making him one of the Big Six at a tender age alongside Martin Luther King.

But Lewis will best be remembered for leading 600 protesters across the Edmund Pettus Bridge in Selma in 1965, an event that became known as the Bloody Sunday march.

The reporter went on to ask Trump: "Do you find him impressive?"

The president replied that he could not "say one way or the other."

"I find a lot of people impressive. I find many people not impressive, but no, he didn't come to my inauguration.

"He didn't come to my State of the Union speeches, and that's OK. That's his right. 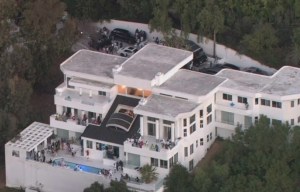 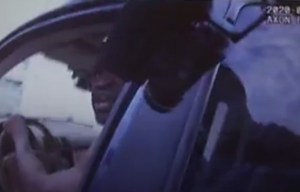 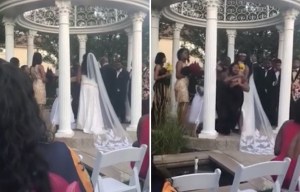 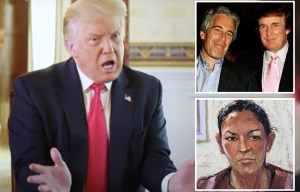 Donald Trump suggests Jeffrey Epstein may have been MURDERED in jail

"And again, nobody has done more for black Americans than I have. He should've come. I think he made a big mistake."

Later in the interview, Trump acknowledged that Lewis "was a person that devoted a lot of energy and a lot of heart to civil rights" but added "there were many others, also."

Trump did not attend Lewis' memorial service or pay any public respects to him after his passing.

Drogba's friend came to Lazio from Serie B. Fans jokingly call him the new Kante and blame bosses for weak transfers
Barca defender Langle removed in the first half of the match with Celta for two yellow cards
Kane scored a hat-trick against Maccabi. He has 5 goals in 3 Europa League qualifiers
The Premier League will lobby the IFAB for changes to the hand rule
Inter wants to rent Alonso with a mandatory buyout for 12 million euros
Fati scored 3 goals in 2 La Liga matches. He has 10 goals for Barca in 26 League games
Dest about Barcelona: It's an honor to play for the best team in the world
Source https://www.thesun.co.uk/news/12310149/donald-trump-doesnt-know-john-lewis-axios-interview/

Covid-19 restrictions will ‘stay for at least a year’ even if vaccine is found, scientists warn

BGT judge Amanda Holden says ‘she’s had so many complaints, her t*ts have their own committee’

Martin Lewis explains how to save £150 on crucial item

Ed Sheeran earned a whopping £100,000 a day last year despite break from music

Lockdown in Caerphilly extended for 'at least' another seven days

Manchester United evening headlines as Traore approach is made

Chinese Zodiac Animal: What is a Water Tiger and what year is it?

'I'm wishing them well': McConnell jeers coronavirus negotiation between Pelosi and Mnuchin from the sidelines

Thousands of Honduran migrants cross the border into Guatemala illegally