Iraq and Afghanistan veteran Colonel Ashleigh Boreham, who is in charge of the military personnel supporting the NHS, said it was the biggest job of his 27-year Army career. His team, including Royal Engineers, has assisted the NHS in planning, designing and operating the temporary hospital in East London.

NHS Nightingale will initially only take on intensive care coronavirus patients who are sedated and on ventilators when it opens with 500 beds later this week.

Colonel Boreham said: “It’s the biggest job I’ve ever done. But you know what, I’ve spent 27 years on a journey to this moment.

“Myself and my team, and all the other parts of the army, the NHS, everybody here has got the skillset and ability to do it.

“I’ve got the experience, I’m the right person at the right time, maybe, for this particular project. 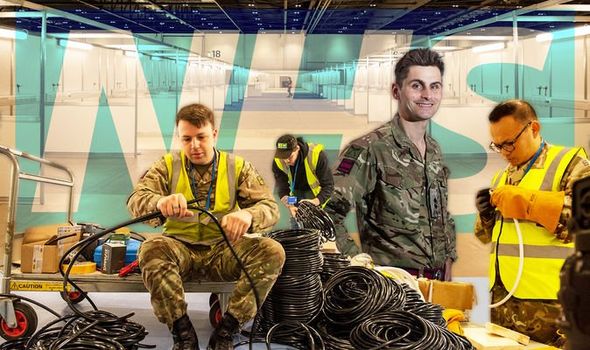 “I’ve come from a family that served in the past. My grandfather was at the Somme, this is no different. I’m just at a different battle.”

The NHS Nightingale Hospital at London’s ExCel centre is the first temporary hospital, with the Docklands facility being converted by soldiers and trade contractors to provide capacity for 4,000 beds, and will open this week.

More than 16,000 members of staff could be needed to it should it reach full capacity.

Initially, 500 beds equipped with ventilators and oxygen will be used to treat seriously ill patients. 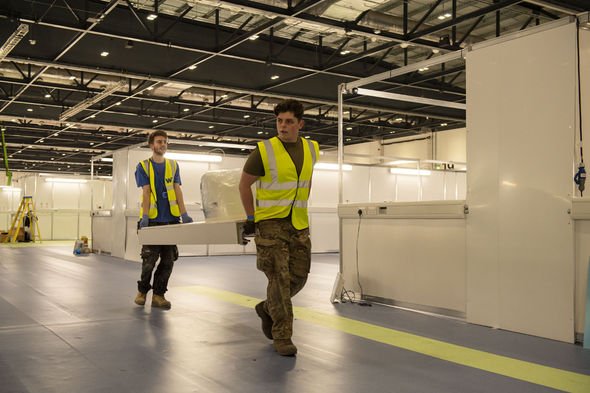 Troops have assisted the NHS in planning, designing and operating the temporary hospital (Image: MoD)

The National Exhibition Centre, in Birmingham, will add an initial 500 beds, with the potential to provide 2,000.

Manchester’s Central Convention Complex will add 500 more, with the capacity to expand to 1,000 and Cardiff’s Principality Stadium will provide up to 2,000 more.

The Harrogate Convention Centre was a hive of activity yesterday amid reports it is another facility going to be converted into a temporary hospital.

Colonel Boreham said of the Nightingale Hospital: “We have one common aim and that is to save lives. That is the common purpose between the military and the NHS.

“One single purpose, one single aim to save lives. It feels personal for everybody involved, it cannot be anything else. 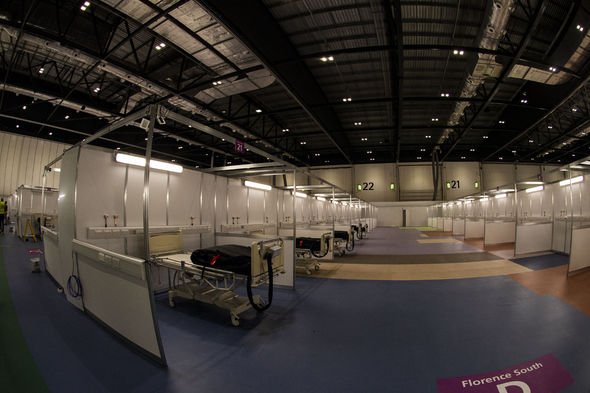 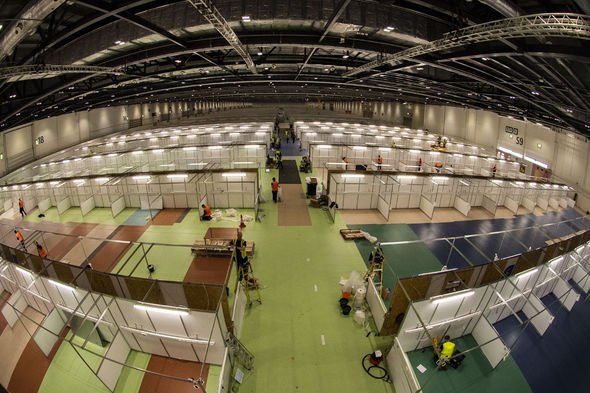 “You are saving people’s lives and they could be the lives of your families. We are absolutely united as one.

Colonel Boreham was due to leave the British Army within weeks to join the NHS.

He said: “I joined the regular army in 1992, I have served in Bosnia, Kosovo, Oman, two tours in Iraq, one tour in Afghanistan.

“We just see it as this is what we do, we are trained to do this. The team around me have done this.

“The team that is with me, the engineers, the infantry and the logistics, we do this all the time so we know how to work. 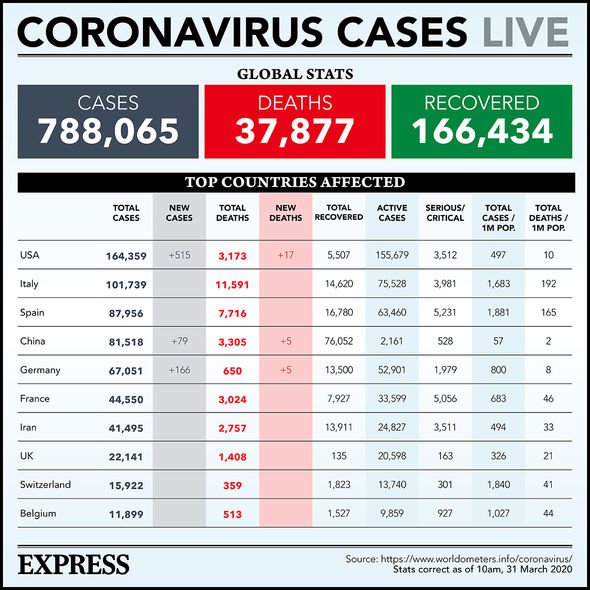 “We are building a hospital for people that are in our nation.

“These are our comrades, there’s no difference. It doesn’t matter if they are civilian or military.”

Thousands of staff will run the facility when it is fully operational.

Lt Michael Andrews, A (Norfolk) Company, 1st Battalion, The Royal Anglian Regiment, “The Vikings”, said: “We are enormously proud to be part of such a momentous task.

“It has been quite incredible to see the team effort, people from the NHS, civil services and military coming together in what is such an important time in this nation’s history. 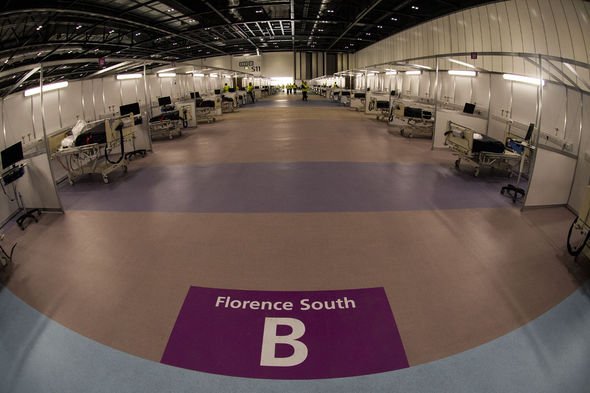 “Everyone realises the part that we are playing, even though we are a small cog in a very large machine.

“It is hard to not make it personal, just because when you do arrive at a site like NHS Nightingale and you see the massive scale and work that goes into it,

“It is personal because you are very aware that your friends and family could end up at NHS Nightingale.

“It’s personal because you are helping to lay the foundations for what is such a momentous and incredible achievement.”

Sgt Mark Anderson, A (Norfolk) Company, 1st Battalion, The Royal Anglian Regiment, “The Vikings” added: “It is an invisible enemy and we all need to work together to combat the outbreak.

“The only way we are going to do it is everyone coming together which we have done at NHS Nightingale.”

Angel Di Maria: I'm Glad I didn't move to Barca in 2017. I am happy at PSG
The wife of a Serbian from galaxy called for shooting rioters
Modric on how Mourinho criticised Ronaldo: Cristiano almost cried at half-time
Giorgio Chiellini: I came close to leaving Juve twice: to Real Madrid in 2010 and to Manchester City in 2011
Herrera on Neymar and Mbappe: PSG don't sell stars, they buy them
Enrique on the 2015 Champions League final: Told the team: the Worst thing that can happen is to be a Juve player in a match against Barca
Gladbach shows how the concepts of Cruyff and Guardiola can be applied
Source https://www.express.co.uk/news/uk/1263090/coronavirus-uk-army-troops-nhs-nightingale-hospital-excel-centre-london-latest-update?utm_source=feedburner&utm_medium=feed&utm_campaign=Feed%3A+daily-express-news-showbiz+%28Express+%3A%3A+News+%2F+Showbiz+Feed%29