I was fuming this week to see the utterly delightful Tina O’Brien, who plays Sarah in Coronation Street, being asked if she’d had a “fat transplant” and being told she should be “ashamed”.

Not only was this hideously cruel, it’s also completely ludicrous.

Tina, who is 37 but looks about 17, is a beautiful woman with the kind of figure that makes men want to burst out ­cheering.

She’s also a cracking actress and one of the most believable and authentic characters on the Street.

The combination of her success, beauty and happy home life clearly grates on the green-eyed monsters who inhabit the dark sewers of social media.

I honestly have no idea what makes these low-lifes think they can be mean and spiteful to someone in the public eye.

Never in a million years would they say these things to Tina’s face if they met her outside the studio or out shopping.

They’d probably gush and ask for a selfie.

Thankfully Tina is very mature and well balanced so the barbs won’t hurt as much as they might have done when she was much younger and just starting out in her career.

With admirable grace and restraint, Tina gave the perfect riposte, saying: “I should feel ashamed? And we wonder why women struggle with self-esteem.

“Instead I choose to feel love and gratitude for my healthy body that allows me to run around the garden with my son and bounce on the trampoline with my daughter.”

She’s right, of course. Unless you are Piers Morgan, who has the hide of a whole herd of elephants, these sorts of cruel remarks are very hurtful and can be damaging and even life-threatening.

I’m just so glad Twitter wasn’t around when I was starting out as a TV presenter in the late Eighties.

Back in the days of TV-am, it was bad enough getting the “duty log” while we were on air.

So here’s a plea from the heart. Next time you are online and think about having a pop at someone for no other reason than downright vileness, count to ten.

Think about the consequences of your actions, step away from the keyboard and just go back online to join a class or take up a hobby so you can actually make some friends and maybe have a life.

NO doubt the latest accusations of sexual assault against Donald Trump will be water off a duck’s back.

Teflon Don will brush it aside just like the “p***y-grabbing” scandal and all his other alleged misde- meanours.

He’s been accused by former model Amy Dorris of shoving his tongue down her throat and grabbing her breasts and bottom.

Amy says this happened in the VIP area at the US Open tennis in 1997, when Trump had her in a tight, “tentacle-like” grip, leaving her feeling “sick and violated”.

Trump’s lawyers have vehemently denied the claims, saying there would have been many witnesses.

There were indeed several people in that VIP area – apparently including Leonardo DiCaprio and illusionist David Blaine.

It will be most interesting to hear what they have to say.

To be honest, even if there was video evidence of the alleged assault, Trump’s supporters would either call it “fake news” or simply not care a jot.

He is, after all, the man who arrogantly claimed in 2016 he could walk down New York’s Fifth Avenue, shoot someone and STILL get elected.

And if Democrats don’t get their fingers out and inspire people to vote for his opponent Joe Biden, Trump will be back in the White House for four more years.

Put the WI in charge

I HAVE a solution for the complete and utter shambles that is the UK’s unfit-for-purpose Covid testing programme.

Put the formidable army of the Women’s Institute in charge and just watch them restore order from the chaos.

Relying on a computer algorithm has resulted in baffled parents in Aberdeen being told to take their kids to Dover in Kent for a test, and frontline workers tearing their hair out trying to get home tests that never arrive.

Then we have care home staff and residents being tested but then not getting the results back because laboratories are overwhelmed and can’t keep up with demand. It’s so frustrating.

So the common sense and sheer organisational skills of the WI would have us all back on track in time for a proper Christmas with all the family, rather than narrowing it down to just six of us, with all the stress and ruffled feathers that will inevitably cause.

Wrong to heap blame on Jo

FRAGRANCE guru Jo Malone is one of the kindest, wisest women you could meet.

Jo, who started her mega-business in her kitchen aged 21, is always willing to help youngsters who hope to follow in her footsteps, advising and inspiring the next generation of entrepreneurs.

That’s why I have been so dismayed to see her embroiled in a race row she has nothing to do with.

John, who was replaced by a Chinese actor, was hurt and angry and resigned as a brand ambassador.

This rightly led to criticism of the Jo Malone London corporate brand.

Unfortunately this has meant Jo herself has been at the sharp end of unjustifiable, undeserved and unfair criticism.

I know how devastated she is to be associated in any way with accusations of racism. She’s also heartbroken for John.

This would never have happened under her watch, but she has zero control over the brand she sold that now bears her name.

Jo, who has overcome breast cancer with good humour and dignity, has gone on to launch the massive Jo Loves brand, which I think is even better than the original.

And she has absolutely nothing whatsoever to do with how the Estée Lauder empire conducts its advertising.

NEW photos of Fifi Geldof show she’s grown up to be the double of her mum Paula Yates, who died 20 years ago.

Paula overdosed in September 2000 and I remember being shocked and saddened at the time.

The poor woman had been dealt some truly bitter blows.

She had to cope with her partner Michael Hutchence taking his own life and she had lost custody of her daughters Fifi, Peaches and Pixie who were living with their dad Bob, the rocker and Live Aid campaigner.

No wonder she was in such a fragile condition.

I interviewed Paula many times and really liked her. She wrote a funny, sassy and honest column for this newspaper and was as smart as a whip.

It might have looked like the interviews she did on The Tube and The Big Breakfast were off the cuff but Paula always diligently did her homework while making it look easy.

At first, many assumed she had deliberately overdosed.

But people who knew her best have always dismissed this theory.

They say Paula would never have done such a thing, especially as she was alone in the house with daughter Tiger, the child she had with Michael Hutchence.

And I agree. Paula’s daughters were her life and she adored them.

She had come off drugs and was living a quieter life with Tiger in Hastings, East Sussex, writing books and generally getting back on track.

When she returned to London, Paula caught up with “friends” who gave her drugs – and that’s when everything unraveled.

She apparently hadn’t taken heroin for two years and her system simply couldn’t tolerate it.

The coroner at her inquest said her death was down to “foolish behaviour”.

Her death was a tragic accident, which makes those photos of eldest daughter Fifi, so very poignant. 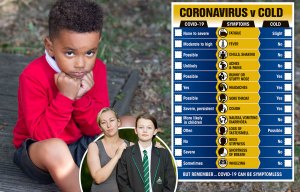 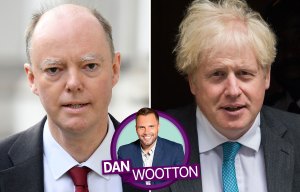 Boris, don't be bullied into lockdown by Whitty - take a stand like the Swedes 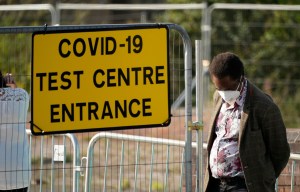 Without a functioning Covid testing regime, we're flying blind into a storm 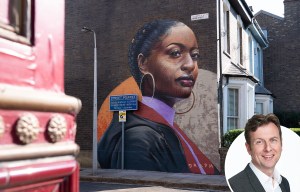 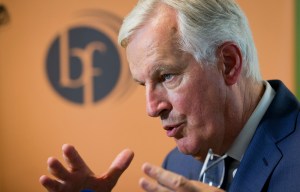 Fifi is now 37, just four years younger than her mum was when she died.

The family went through even more trauma when Fifi’s little sister Peaches died in 2014, also overdosing on heroin.

Somehow Bob, Fifi, Pixie and Tiger have managed to rebuild their lives and I’m sure they remember Paula as a laughing, loving mum who adored her girls and would never willingly leave them.

Hector Herrera on 0:4 with Bayern: We played very well with the best team in the world. Don't write off us
Antonio Conte: Borussia are well prepared, they have a lot of potential. Inter could have won
Guardiola on 3:1 with Porto: a Good start. In the Champions League, there are 5 substitutions, the players who came out showed themselves well
Flick about Mueller: he's a continuation of the coach's hand on the field. Thomas manages the team, drives it forward
Gian Piero Gasperini: Miranchuk has just started training. We have a lot of players, rotation is inevitable
Goretzka about 4:0 with Atletico: We were lucky that we didn't miss out at the beginning. It took 10 minutes to get involved
Klopp on the win over Ajax: it wasn't radiant football, but we scored three points
Source https://www.thesun.co.uk/news/12709674/lorraine-kelly-online-trolls-so-sick/