BRITS will be treated to glorious sunshine and blue skies this weekend before a plume of freezing air brings SNOW on Monday. 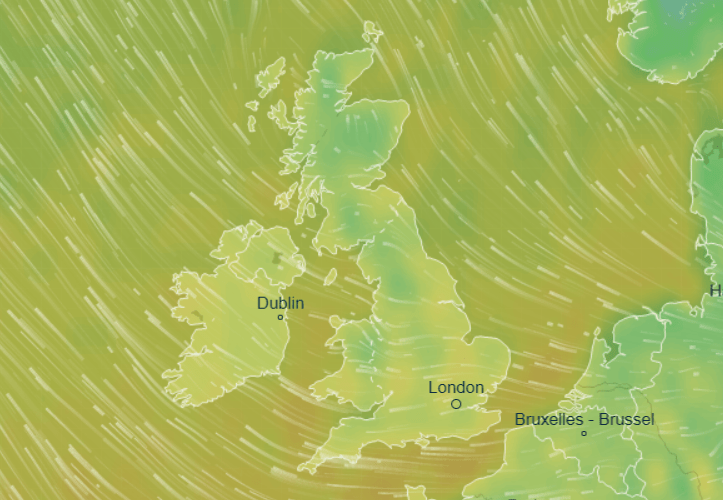 But the Met Office warned urged Brits to "make the most of it" as easterly winds bring a bitterly cold freeze from Monday.

Meteorologists say the topsy-turvy weather is because the UK is between two areas of pressure, which is resulted in milder air being pulled up from the continent.

Netweather forecaster Jo Farrow said: "The UK is between a low pressure out in the Atlantic and a high pressure centred way to the east over Russia, drawing up the milder air from the south.

"As the high slides around to Scandinavia we pick up more of a south easterly flow, which will be cooler and then next week with another shift of the high towards the Arctic means that we get an even colder easterly flow. 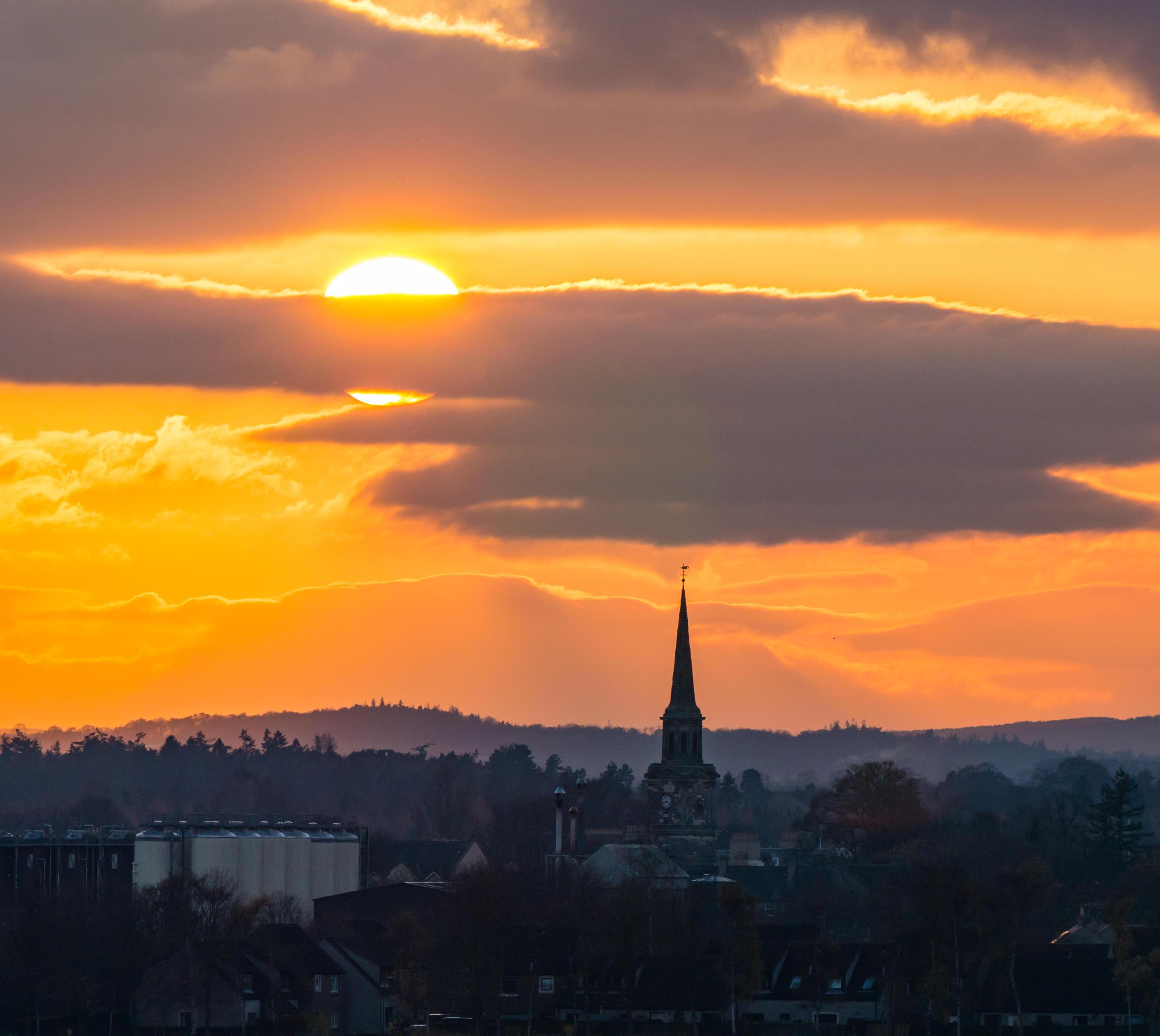 Gorgeous sunset after an unseasonably warm November day over the skyline of the market town with Haddington, East Lothian 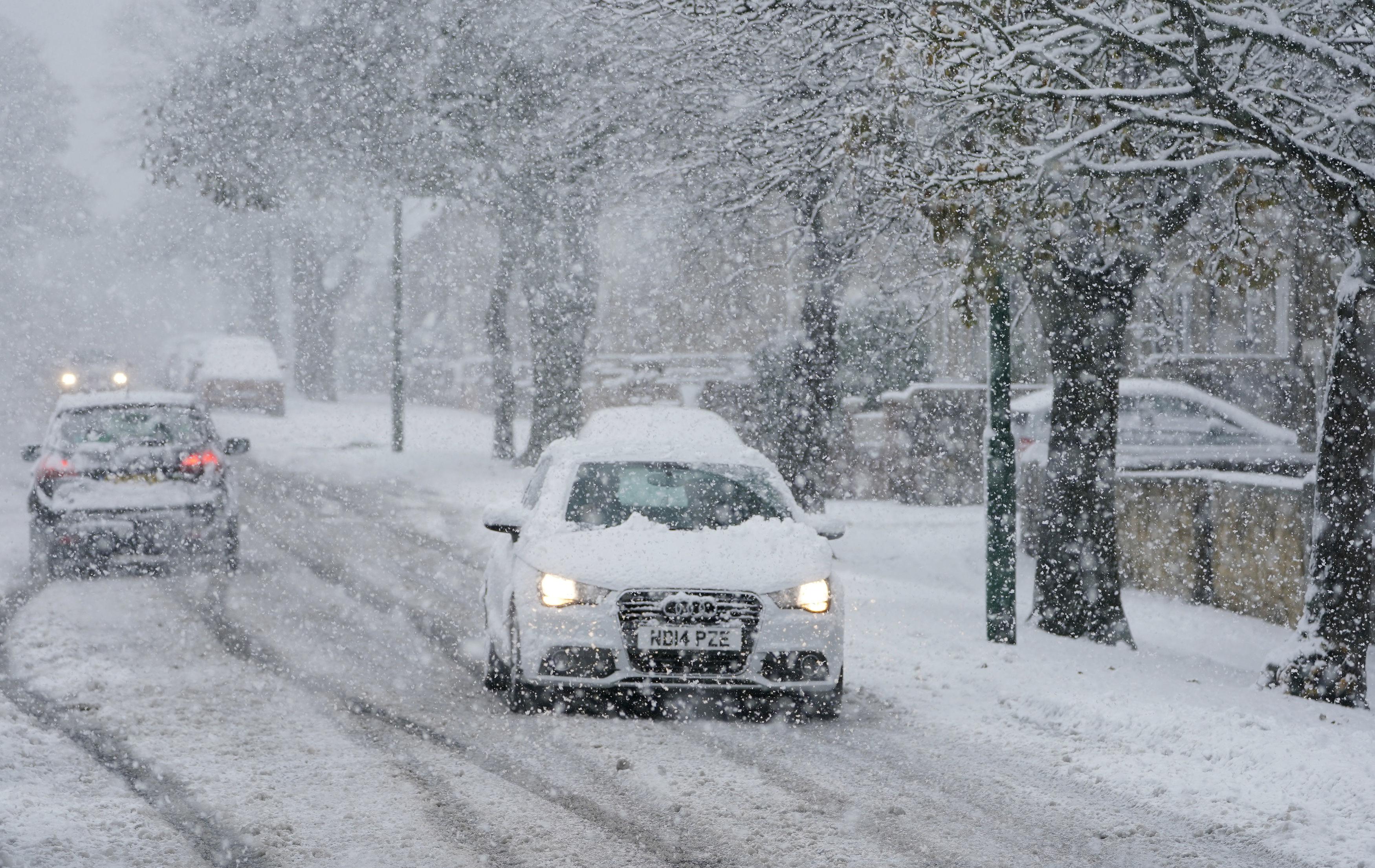 "It will feel chilly, anyone along the North Sea coast will vouch for that and the difference from now to next week will be rather stark.

"Through Saturday drier air moves across the UK, so the clouds disappear, it becomes sunny with blue skies and although most places will feel cooler it will be a lovely day."

The Met Office said Saturday will be a bit of grey start, but once the clouds "melt away" we could see balmy weather almost everywhere.

Forecaster Alex Deakin said: "For most of us this weekend, there'll be plenty of blue sky around. It will be a bit colder but then it has been very mild. 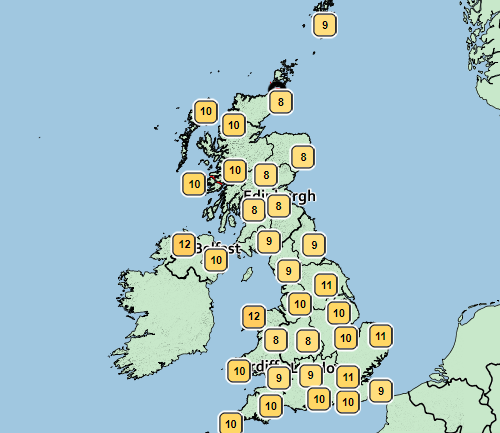 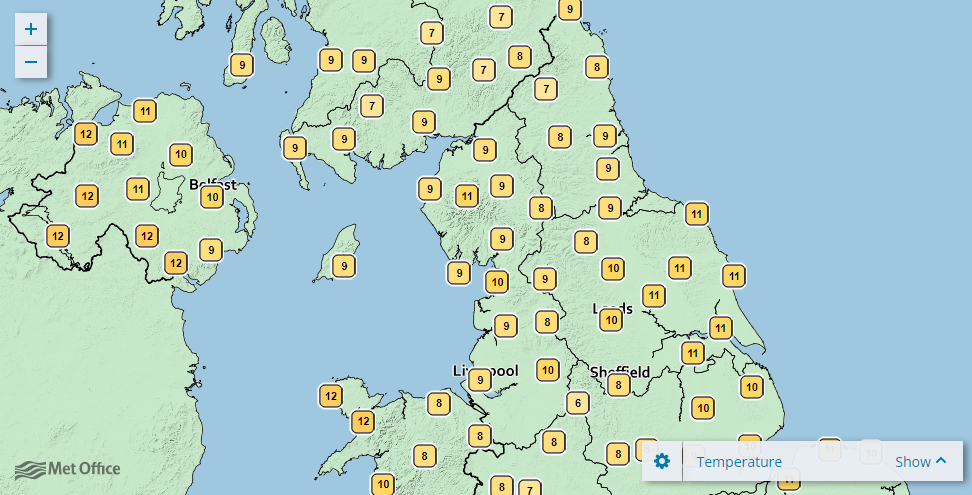 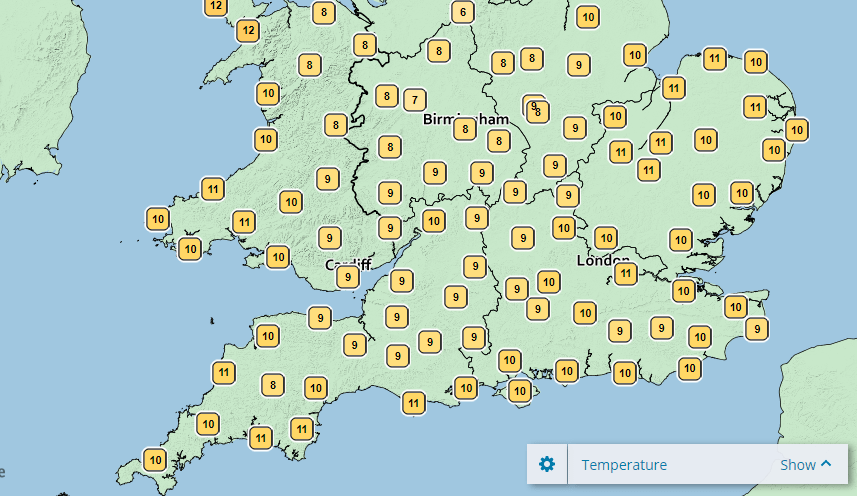 In the south of the country, it's set to reach double figures across East Anglia, London, the south coast and Cornwall
Detailed weather forecast for the next 10 days shows a mild dry start, eventually turning colder, and with wintry showers next week

"The morning will be quite grey but the cloud melts away from the Midlands, East Anglia, Wales, South West England, and eventually northern England too.

"The vast majority turns sunny through Saturday - not everywhere though. The cloud sticks around in Northern Ireland and across the far north east.

"With the breeze coming up from the south east, temperatures will be 16C, 17C - maybe even higher in one or two places.

"For most places temperatures will be a little lower than they have been, so it will feel a little cooler but then there will be the sunshine to compensate.

SPONSORED: Save £100s off your energy bill every year

SWITCHING energy firms can save you hundreds of pounds every year.

Switchcraft finds the best deal for you - and continues you switch you on to cheaper deals, so you never have to do it yourself.

£5 cashback is paid into your bank account within 4 months of completing the switch. Pre-paid meter customers will receive a £5 Amazon voucher. Promotion ends 31/12/18. Open to those 18 and over. UK residents only. Click here for full T&Cs.

NewsUK has a brand partnership with Switchcraft.

"Most will stay fine through Saturday evening if you're heading out it's dry and clear.

"At this time of a year, a clear night would lead to a cold night but there's such a breeze that we shouldn't see too much in terms of frost on Sunday morning."

As for Sunday, he said it will be a chilly start before another fine, sunny day.

Mr Deakin continued: "It's going to be dry and bright with plenty of sunshine.

"Still that easterly breeze so the coasts will be quite cool in the south and the east - probably less cloud in eastern Scotland on Sunday compared to Saturday.

"Most of us looking pretty sunny through Sunday. Temperatures won't be as high as they have been but still around about average for the time of year. 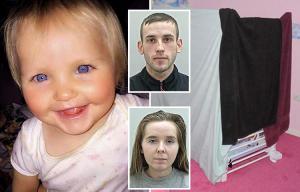 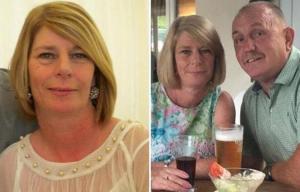 'Tell the kids I love them' 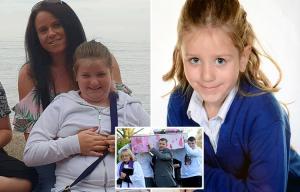 Mum's agony as daughter, 9, died after falling asleep on sofa with headache 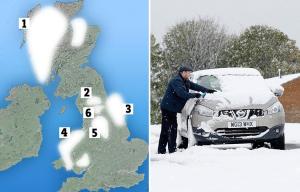 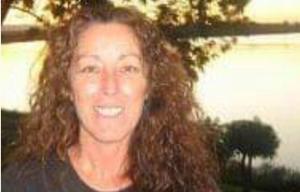 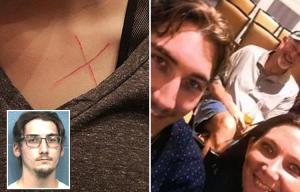 "It will feel cooler in the breeze but it won't feel as cold as it will do next week because we're going to see a more dramatic change.

"Through the early part of next week it's going to turn much, much colder.

"We're expecting some showers that'll chiefly be of rain and any snow is only really expected over the hills."

Ziyech came to Chelsea
Rakitic on moving to MLS: We'll see. Maybe Beckham will call me
Ole Gunnar Solskjaer: When do we start next season? Uncertainty is in the air
Dybala will receive 12 million euros a year in See. Extending the contract with him is the club's priority
Zlatan about the invitation to Monza: Galliani told me: Your old Milan is 11 km from Milan
Manchester United consider Dembele as a cheaper alternative to Sancho
In Bulgaria, too, there are problems with the virus: there are 16 cases in one team (it seems that it was caused by one player of the opponent). But it reached the semi-finals of the playoffs!
Source https://www.thesun.co.uk/news/7763317/uk-weather-forecast-sunshine-snow-temperatures/