SO that’s the booze-cruise scuppered, then.

I was going to hop over to Calais to stock up on fags and cheap plonk. There and back in a day. But I think the risk of being put in quarantine for two weeks has put paid to that.

Fact is, I think most of us are going to be staying at home this summer, or maybe taking a holiday somewhere in the UK.

Not Cornwall, the Highlands of Scotland or Cumbria, mind. They don’t want us.

They’ve made that perfectly clear. So I won’t be going to those places either this summer — or any other summer.

Let the Cornish make their money by catching a few sardines. See how  they like it once the tourism money has dried up.

The Government has been all over the place on the issue of quarantine. Half the cabinet don’t think there should be a quarantine for people returning from abroad. The other half think that there should.

Policy has chopped and changed according to the time of day. Much as it has on one or two other issues about this lovely virus of ours. Too often this Government is reactive, rather than proactive.  And worse, too often it is slow to react, as well. We should have had quarantine procedures in place back in March, or even February.

And restrictions on people coming into the country from the (then) virus hotspots of China, Iran and Italy. I wonder how many lives would have been saved?

Then there was the idea of “air bridges”. Places we could travel to (and return from) that  were comparatively free of the virus.

This was dreamed up by the Transport Secretary, Grant Shapps. At first Boris Johnson decided this was a daft idea. Then the notion came back on to the agenda. And now it’s gone again, for the foreseeable future.

The Home Secretary, Priti Patel, announced on Wednesday that there would be a 14-day quarantine for all international travellers arriving in the UK from June 8.

Good. About time. But the Labour Party is absolutely right to ask why this should begin on June 8. Why isn’t it happening now?

Million upon million of people have been flooding into the country over these past four months. We should have done more, earlier.

Will the Old Bill  pop round?

The next problem is how this quarantine is going to be policed. We know that travellers will have to fill in tiresome forms. We know that there will be fines for people who break restrictions.

But who is going to do the checking? Will the Old Bill be popping round? Or will it be left to the UK’s vibrant community of busybodies to dob in anyone they think is breaking the law?

“I saw that old tart Denise Boggins down the shops — only a day after she got back from Alicante. She was still wearing her sombrero. Bloody shameless, she is.”

Whatever the case, we need to abide by these annoying restrictions. Too many have died of this virus for us to give up now. Already more and more people seem to be taking no notice of social distancing. They’re bored of it. Well sure, we’re all bored.

But we’ll face an even more stringent lockdown if this virus returns, simply because we’ve run out of patience.

The quarantine is the right idea and must be properly policed. And if only we’d done it earlier.

LOCKDOWN is lifted a bit – and within hours our beaches resemble a stinking waste dump.

Bottles of urine, litter, beer cans – every kind of human filth you can imagine. People were even crapping on the sand according to the footballer Kevin Davies.

Say what you like about lockdown. But for three months our country was a kinder and gentler place. The roar of traffic absent, pollution down, no jets screaming overhead, people enjoying a quieter kind of life.

It was said at the time – back in April – that this pandemic might change us all for good. We’d see the error of our ways, spend more time at home, treat the planet with a bit of respect.

Nah, not a bit of it. There are already queues outside Ikea (why???) and a surge in foreign holiday bookings and our beaches look like they used to look.

Back to almost normal. And part of me thinks it’s a great shame.

BRILLIANT experts at a university somewhere have discovered that some people are kinder than others.

This will come as astonishing news to all of us. Not least Hitler, for example.

Apparently, it’s all in the genes. We are pre-programmed to be either compassionate or not to give a toss either way. So next time someone says to you: “Oi, don’t be a **** all your life,” you can reply with accuracy: “Can’t help it mate. It’s in me genes, innit.

Saving on this and tat

THE other thing we were doing during lockdown was saving money. Vast amounts of it, according to the stats.

This is because most of the shops weren’t open, of course. So there was far less of an opportunity to buy pointless,  superfluous b*****ks. Such as plaster lawn ornaments in the shape of an otter with a fishing rod, for example.

Nobody came round. So you couldn’t say: “Bob, do you like my plaster lawn ornament of an otter with a fishing rod? It was only £70.”

But TK Maxx will be open again soon and my missus will be the first in the queue. And she will come home with some pointless superfluous b*****ks and say: “Look! I saved us £120 today. This jumper should have been £90 but was only £30. And this set of napkins was meant to be £40 but was only £10. And this plastic garden lawn ornament of an otter fishing was meant to be £70 . . . ” And so on.

A bit of Sunak & tickle

APPARENTLY we’re supposed to wear face masks while having sex.

This will reduce the rate of spread of Covid.

Although it won’t be much use against gonorrhoea. Unless you wear the mask over your old fella.

Still, I’m sure my wife would find sex far more agreeable if I had a mask that fitted fully over my face.

So I might buy a Rishi Sunak mask, as the Chancellor is one of her biggest heroes right now. (Yeah, she’s a Tory. I’ve tried persuasion, but it’s no use.)

THE horrible Chin­ese government is trying to remove every last vestige of democracy from Hong Kong.

Introducing new laws to bring the former colony entirely under the oppressive rule of the Communist Party.

There are furious demonstrations. We handed Hong Kong back to China in 1997 after 156 years of British rule – which enabled the city to become one of the most prosperous and happy on Earth.

But we did so on the understanding that dem­ocracy would continue there. The Chinese have of course broken that promise. We owe it to the citizens of our former colony to have the right to come here, to escape from Communist tyranny. They should be hugely welcome immigrants.

Then let’s see how China copes once its most brilliant and productive people have at last got the hell out. 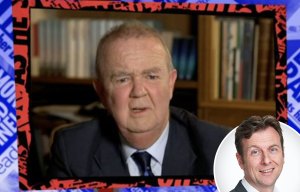 Biased, unfunny, smug...have I got boos for you, Ian Hislop 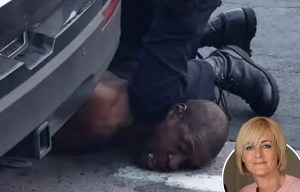 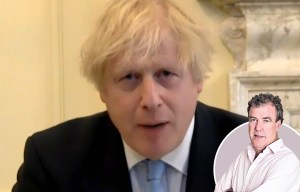 Next time there's a pandemic, let's just do what the Germans do 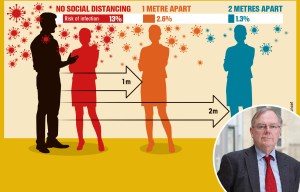 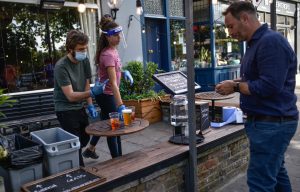 If ordering drinks via an app and perspex screens keep our pubs afloat, great 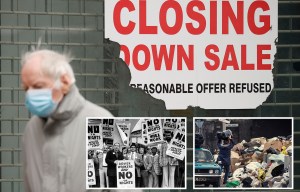 No smoke and mirrors

ANOTHER huge study has found that people who smoke are much, much less likely to catch Covid-19.

The latest research from Israel – of three million people – suggests you are at least 50 per cent less likely to catch the virus if you’re a smoker. That mirrors the same findings in the USA, France, China – and even the UK, where only five per cent of those with the virus smoke.

But the health experts don’t want you to know about this. So it is all kept very quiet.

Zinedine Zidane: if the referee gives a penalty, it means it is a penalty
Lizard on the criticism of VAR: In Real life, they don't pay attention to conversations outside the team
Real need to score 5 points in 3 rounds to win La Liga
Gasperini about the 1/4 final of the Champions League: the Match with Juventus is an imitation of the games with PSG
Courtois played 18 dry games in the La Liga season. Real's record is one game away
Real Madrid won the 8th victory in a row and does not miss 5 matches
There was hardly any contact, and even outside the penalty area. Ex-member of Barca's Board of Directors about real's penalty
Source https://www.thesun.co.uk/news/11777345/too-many-have-died-to-give-up-now-roll-on-quarantine/

'Keeping the momentum': the Hong Kongers fighting a running battle for justice

'Job-killer of the century': economies of Pacific islands face collapse over Covid-19