COLOURFUL crowds welcomed the winter solstice at Stonehenge this morning as the sun rose for the shortest day in the year.

Hundreds of people gathered at the prehistoric monument in Wiltshire, hugging the stones to mark the occasion that is often associated with rebirth.

Despite the morning chill - with temperatures reaching barely 6C at 8am - the crowds flocked to the site for the morning.

Donning flower crowns, white robes and colourful vests, the gathering played music and danced to bring in the sun rise.

Many others placed their heads on the Stonehenge rock as the morning beams began to radiate over the structure.

One child was seen playing a drum for the occasion, while others played didgeridoos and held hands.

The winter solstice is most notably associated with the druids who mark the start of the solar year with a celebration of light and the rebirth of the sun.

This year's winter solstice saw the sun rise at 8.04am, with it expected to set at 3.54pm.

It means there will be sunlight for just seven hours, 49 minutes and 41 seconds.

But the celebrations were not just confined to Stonehenge, with other cultures regularly observing the shorted day of the year.

The Feast of Jul was observed in Scandinavian countries around the solstice.

The feast was seen as the last celebration before the winter began, making food scarce.

Fires would be lit to symbolise the heat and light of the returning sun and a Yule log was gathered and burnt in the hearth as a tribute to the Norse god Thor.

There are many songs and poems used to celebrate this special day.

Holly, ivy, evergreen boughs and pine cones are usually put around the home, especially in places where socialising takes place.

A sprig of mistletoe is put up above a threshold and is meant to be left there until the next Yule.

Pagans see it as a charm for good luck throughout the year but has now taken on a symbolic meaning for kissing beneath it and the opportunity for romance.

Meanwhile, it's the summer solstice if you head below the equator. 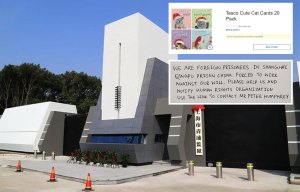 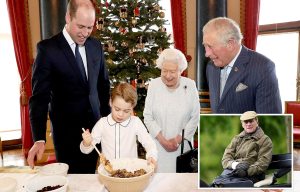 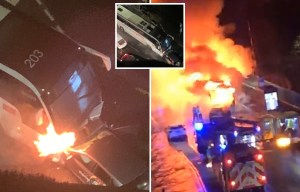 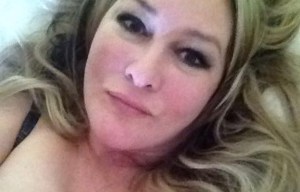 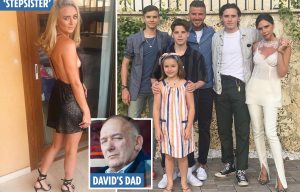 In the southern hemisphere, the seasons are flipped compared to ours.

That means December, January and February are the height of summer in countries like Australia, New Zealand and South Africa.

So the December 22 solstice falls in the middle of their summer, while the June solstice is their winter.

In England, too, cancellations due to the virus. Tottenham insisted on testing their Cup opponents, the result is that almost the entire squad is infected
King Of The North. Leipzig bought Turkish League top scorer Serlot for 20+4 million euros
Christian Zaccardo: Miranchuk was a top player in Russia. A very important transfer for Atalanta
Milan can rent Nastasic with a buyout commitment
Nacional is not happy with the appearance of the Ronaldo Academy in sporting. The Academy of the club from Madeira is also named after the Portuguese
Liverpool did not find money for Werner, and then bought Jota for almost the same amount. And there is no contradiction at all
Ole Gunnar Solskjaer: Manchester United need 4-5 games to get going
Source https://www.thesun.co.uk/news/10604328/winter-solstice-stonehenge-2019/

Prince Andrew is ‘obsessed with redheads’ and Jeffrey Epstein ‘combed the streets to find them for him’, book claims

Two men arrested for ‘raping schoolgirl, 9, and gran, 73, in horrific sex attacks’ that have shocked France

What are the new coronavirus restrictions for weddings and funerals and when do they come into effect?

Great-grandad, 90, scales The Big One at Blackpool Pleasure Beach to celebrate birthday

How much can you earn before paying tax?

Christmas 'cancelled' as nation prepares for 6 months of new rules

Where are the Bake Off winners now? From Nadiya Hussain to Candice Brown

Saweto's daughter fights for justice in the Peruvian Amazon

What did the Centers for Disease Control and Prevention say about Halloween this year?

Cat owner shares snap of living room and asks people to spot the moggy – so can you see where he’s hiding?

'Like visiting a mortuary' - Barton on huge Everton change

Police hunt flasher who exposed himself to teenage girl in Perthshire

Fred West interview: What did the serial killer say?

Who is Matt Lucas dating and what’s his net worth?

Fears as paedophile living 'around the corner' from school

Investment made in food growing sites across West Dunbartonshire

Am I due a tax refund or rebate from HMRC and how can I claim?

Brits take an hour and half to fully wake up and use coffee, cold water and walk

Sex no longer illegal for couples in ‘established relationships’

The 200,000 coronavirus deaths are an American tragedy of our own making | Andrew Gawthorpe

Blackpool troll Ancelotti before announcing transfer of ex-Everton player Luke Garbutt.. who Italian had no idea about

After 200,000 coronavirus deaths, the US faces another rude awakening

Who was Fred West and how did he die?

US reaches 200,000 coronavirus deaths amid fears for coming winter