A THIRD of Ireland’s farmers are at risk of going bust if there’s a No Deal Brexit, an explosive report has revealed.

The Irish Central Bank said large parts of the country’s agriculture, which already faces “significant viability challenges”, could be wiped out.

It warned many farmers are heavily reliant on Brussels subsidies just to survive and being hit by UK tariffs would push them over the edge.

In a damning new report the bank said the shock would “not be evenly distributed” with cattle and sheep farmers suffering the most.

The dossier says the industry would be hit by a perfect storm of “heavy reliance on the UK market” and “high tariffs in a hard Brexit scenario”.

It warns: “Any future negative shock - even one less material than Brexit - would further expose the underlying weaknesses in the sector.”

The central bank says that 70% of beef and sheep farms are only staying afloat currently thanks to generous handouts from Brussels.

Joe Healy, the president of the Irish Farmer’s Association, said No Deal would be “catastrophic for farmers across the island of Ireland”.

The report says agriculture and food processing employs 153,000 people in Ireland - around 7% of the total workforce.

The industry is worth around 8% of Ireland’s national income and accounts for some £11.5bn a year in exports. 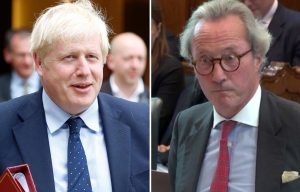 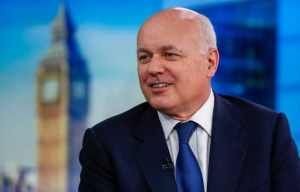 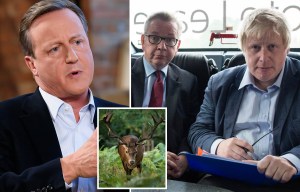 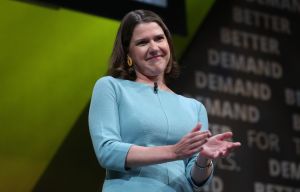 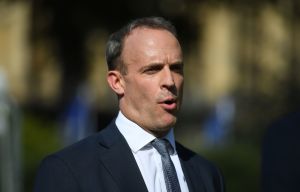 RAAB SIDE OF THE LAW 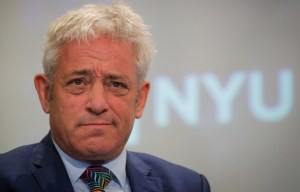 According to Irish government figures, around £4.6bn of that amount is sold directly to the UK - including 50% of beef products and 22% of dairy.

But leader Leo Varadkar refuses to back down on the backstop.

He says if it is removed from the Brexit Withdrawal Agreement, as the UK insists, there will be No Deal.

A NO Deal Brexit will be a walk in the park here compared with Ireland.

Its central bank now reckons a third of its farmers will go bust, so heavily reliant are they on the UK market and so vulnerable to tariffs.

That could threaten seven per cent of the country’s entire workforce.

These statistics should wake Irish PM Leo Varadkar in a cold sweat. Yet he continues to play the hardman for Brussels, refusing to budge on the hated backstop that’s so fatal to a deal.

No one can know if we will leave “come what may” at the end of October, as Boris Johnson still insists. The odds look stacked against him.

A new deal seems a long way off given the breakdown of trust with the EU and their increasing lack of civility.

But if there is a No Deal exit, Varadkar will have taken a monstrous punt on his citizens’ jobs and lost.

We’re sure they won’t blame him.

Lewandowski scored his 28th Bundesliga goal. He has 42 goals in 37 games of the season
Manchester United, PSG, Juventus and Inter Milan Interested in the defender of the national team of Italy U19 Calafiore
Bayern's opponents scored 69 goals. This is a Bundesliga record
Mbappe on the murder of George Floyd by a police officer: Justice for George🗣 ️ ✊ 🏽
Lev about the Bundesliga: the Players perform with such enthusiasm, as if there are 80,000 spectators in the stadium
Milan is Interested in Edegor (Sport Mediaset)
Fiorentina is Interested in Napoli defender Gulyam
Source https://www.thesun.co.uk/news/brexit/9950125/ireland-farmers-bust-no-deal-brexit/