The Sicilian town where the Covid vaccination rate hit 104%

While European governments weigh up new mandates and measures to boost the uptake of Covid jabs there is on the slopes of Sicily’s Monte delle Rose a village with a vaccination rate that defies mathematics: 104%.

The figure is in part a statistical quirk – vaccine rates are calculated by Italian health authorities on a town or village’s official population and can in theory rise above 100% if enough non-residents are jabbed there – but Palazzo Adriano, where the Oscar-winning movie Cinema Paradiso was filmed, is by any standards a well-vaccinated community. A good portion of the population has already taken or booked a third dose and since vaccines were first available it utilised its close-knit relations to protect its people.

“It seems like an impossible statistic,” said the mayor, Nicolò Granà, proudly. “But, in fact, at Palazzo Adriano, those inhabitants who live in our town, even though they are not official residents and other people who live in neighbouring villages have also been vaccinated.” 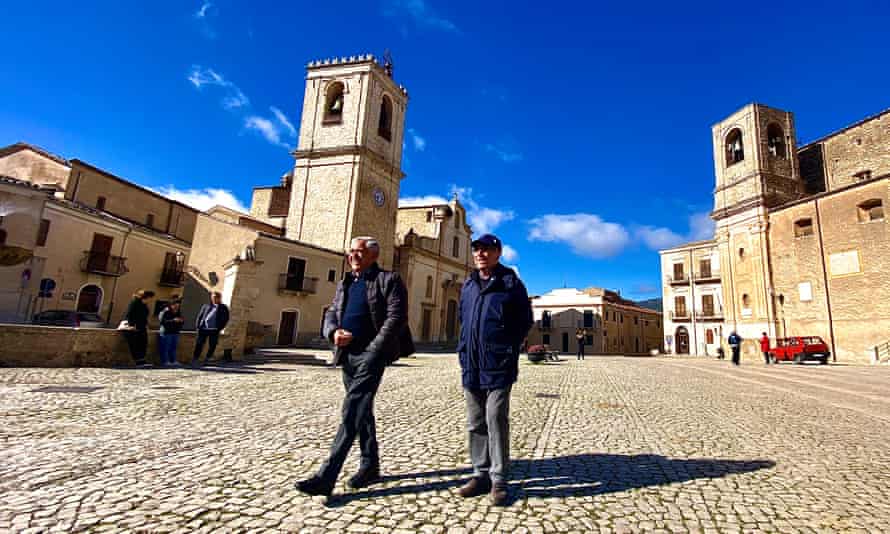 Nicola Longo, 64, and Francesco Cuttonaro, 73, are preparing for their third dose of the vaccine. Photograph: Lorenzo Tondo/The Guardian

With a population of 2,100, Palazzo Adriano is one of more than 5,500 Italian villages with fewer than 5,000 inhabitants. Most have been severely affected by young people leaving to look for work in other countries or large cities and have an average age of over 60. If Covid were to spread among these populations, these villages would risk being wiped off the map.

“Last March, we feared the worst,” says Salvatore Spata, 54, the village’s councillor for culture. “A nun and a priest, who came from another town and who did not know they were positive, infected some residents, causing an outbreak that affected about 16 inhabitants. Fortunately, in those days, the vaccination campaign had started.” 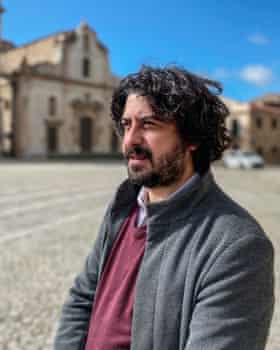 He described the vaccination effort as “an extraordinary word of mouth campaign” making the most of Palazzo Adriano’s human networks. “At least one representative of each family in the village passes through this square, every day. We took advantage of those intense relationships between relatives and friends to spread the vaccination campaign. All we had to do is inform every person we met, reminding them to get vaccinated, and, the next day, their relatives showed up in the lab for the jab.”

“There was almost an air of celebration at the vaccination hubs,” said Granà. “It was like being at a popular town festival. People understood that, with vaccines, they were creating a shield that would protect their community, safeguarding the very survival of the village.”

Where there were concerns over the vaccine, the village set up a WhatsApp group of hundreds of residents to discuss them. “In this group, we responded to fake news and reassured people about vaccine safety,” Granà said. “I am convinced that, if we had spread the wrong information about the dangers of jabs, today we would be here to tell you another story – that of dozens of deaths from Covid that would have risked halving the inhabitants of this village.”

And, while, across Italy, protests against Covid passes continue to rage, incited by far-right movements, at Palazzo Adriano, Nicola Longo, 64, and Francesco Cuttonaro, 73, are preparing for their third doses. 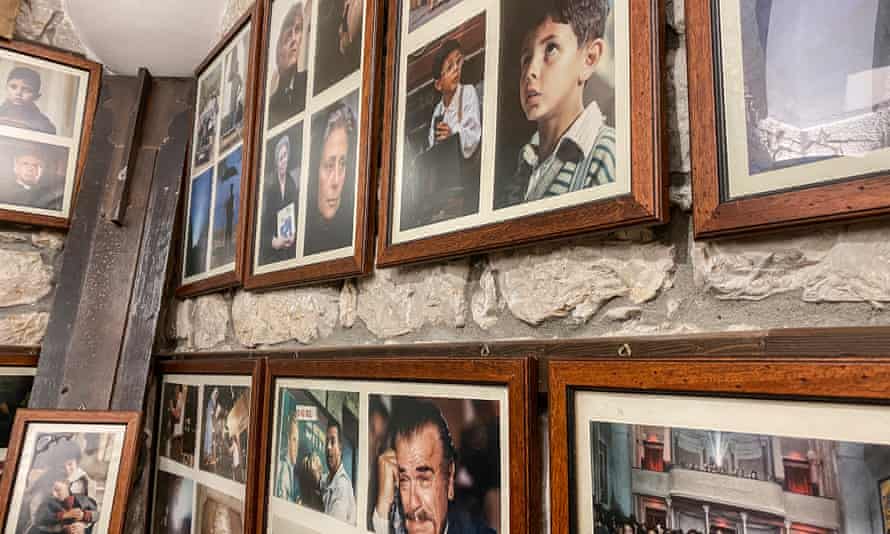 Palazzo Adriano is best known internationally for being one of the filming locations of Cinema Paradiso. The town has dedicated a museum to it. Photograph: Lorenzo Tondo/The Guardian

“We all know each other here,” says Longo. “And it was easy to convince people. By vaccinating ourselves we safeguard others, and, here at Palazzo Adriano, safeguarding others means safeguarding your children, your friends’ children and your relatives.”

There are many small villages in Italy that have reached vaccination rates close to 100%. In Brinzio in the northern region of Lombardy, nearly 97% of its 789 inhabitants are vaccinated. In Premana, in the province of Lecco, 100% of its 2,000 inhabitants are jabbed.

In Palazzo Adriano’s main square, where fresh water flows directly from a mountain spring into an old water fountain, older people walk, play cards, sip an espresso, while young people chat at the bar. “Some will say that, in other European countries, people have resumed doing what they did before,” said Granà. “But, I think, going back to doing what you did before, knowing that the person by your side, your friends, the people who are with you at the bar, are vaccinated, makes you feel more protected and therefore more free.”

What time is PMQs and where can you watch it?

Man charged with murdering his daughter, 19, after she was hit by car

Boris Johnson ‘could be interviewed under police caution over partygate’

Almost 100,000 could have serious heart valve disease without knowing

Who is Bruno Guimaraes? The Lyon playmaker linked with £34m Newcastle transfer

Jack Clarke profiled as Sunderland 'close in' on Tottenham winger