BACHELOR Nation alum Chad Johnson has spoken out after his domestic violence arrest.

The reality star was booked on Monday, February 24, after reportedly punching a hole in a wall during a drunken incident with now ex-girlfriend Annalise Mishler.

Chad, who was a contestant on both The Bachelorette and Bachelor in Paradise, was booked by the Los Angeles Police department on Monday and served with felony domestic violence and robbery charges.

And the TV personality took to Instagram to try and explain his side of the story stating that the pair's breakup on Monday led him to drink alcohol for the first time in two months.

He explained: "I made a promise to myself and my girlfriend that I wouldn't do that anymore, and as most of you know, that has been an issue in my life. Whenever I do drink, I don't act right."

Chad then explained how he went to Annalise's apartment and that the pair got into an argument because he had been drinking alcohol, as well as downloaded a dating app.

The reality star continued: "The next day I came over to try and talk things out. I saw she posted the videos. I wasn't mad at her. I totally understand why she did that. I still love her very much. I totally get it."

When Annalise began to record him, Chad did not react well. He said: "I was very down at the time and I was very upset and I just didn't want to be recorded. I made a stupid decision and I just grabbed her phone and I just threw it. I threw it outside.

"Once I went back over to her place to apologize, I was knocking on the door there. That is when one of the neighbors apparently called the police."

He continued: "There was never any domestic abuse of any kind, I have never laid hands on a woman any time in my entire life. I was in the Marine Corps and was taught core values. I have a sister. I am a very overprotective brother. If she ever felt in danger, I would want her to call. If any women out there ever feels like they are in any danger, I urge you to call 911."Chad then proceeded to defend himself as he said: "I can totally understand why Annalise felt threatened when I took her phone but I am 100 percent confident any domestic abuse charges are going to be dropped."There was never any type of domestic abuse at all whatsoever. I have never laid my hands on a woman. I am sorry for the entire situation. I am sorry for anyone who had to see it, who has been triggered by this."

His video concluded with an apology as he added: "I am so sorry to Annalise who has been threatened. I am working on myself to get better.

"That is all I can do is put my best foot forward and try to be a better person, every day from here on out and make less mistakes in life. I hope that everyone out there cannot be so quick to take judgement."

The reality star captioned the clip: "With knowledge, we can all do better."

Annalise has yet to comment publicly on Chad's public apology. 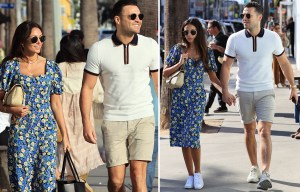 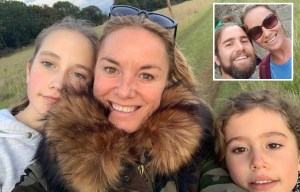 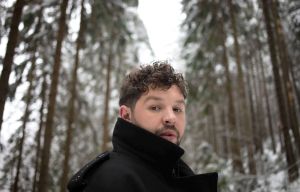 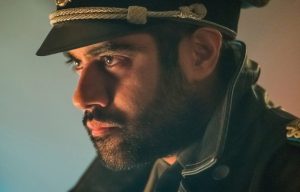 According to MailOnline, the 32-year-old's YouTube star girlfriend Annalise Mishler called the authorities after he erupted in what they claim was a "drunken rage."

She even took to her Instagram page to capture a shot of a huge hole punched into a stone-coloured wall, which she claimed was the work of Chad during the frenzy.