LEAH Messer has revealed the fear she felt that her ex-husband would use her drug addiction against her in court."

The Teen Mom 2 star has opened up on her decision to reveal her addiction to painkillers, but shared that she worried Corey Simms, the father of her eldest twins, may use it to get custody of their children.

In Tuesday's episode of Teen Mom, Leah discusses the book she was writing at the time of shooting, and shares: "I talk about things I never thought I would talk about.

"There are so many reasons behind me wanting to write this book, I feel like I have experienced so much in my lifetime that I haven't been honest about, and I am finally ready to be open about it, and take whatever comes and not care, as it will make a difference to someone else.

""I have never said this before but I was addicted to pain medication.

"I definitely had a lot... it was hard for me to hear all the backlash and hate, I was scared of the repurcussions and I'd have this big 'addict' on my forehead, and everyone perceiving every litle thing I did was because I was an addict.

"I was afraid of the way I'd be looked at, that Corey could use it against me in court."

She added: "It's nothing I should be ashamed of, so I want others to own their stories and not feel alone."

The 28-year-old Teen Mom starhad previously revealed she was taking a “ridiculous amount” of pills during the “downhill spiral” of her past battle with addiction - and that at one point she even tried heroin.

In her recent memoir, Hope, Grace & Faith, Leah claimed that she suffered a “botched” spinal tap in 2013 when she had a C-section with daughter Addie.

The MTV personality claimed that the hospital prescribed her with painkillers Hydrocodone, Oxycodone and Tylenol 3, and that the opioids sent her “over the edge” leading to the beginning of her substance abuse.

"I think when they had me on morphine for five days for Addie's birth, I wad addicted [then].

"I was ashamed of it, now I am okay talking about it.

"I don't have to keep hiding this s**t, or bottling it up and letting it come out in anger or sadness.

"There will be two, three - or even if it's just one person - who can relate, who had been hiding. I can see my story shedding a light into their lives, [those] who have felt hopeless."

After years of denying her addiction issues, the West Virginia native finally opened up about her drug battle in the novel she released in May.

The mom of twins Ali and Aleeah, 10, with ex-husband Corey Simms, and Addie, 7, with ex-spouse Jeremy Calvert, was often filmed slurring her words and nodding off mid-sentence on the show. 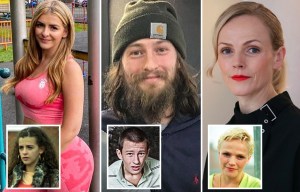 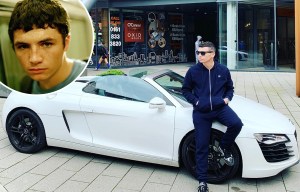 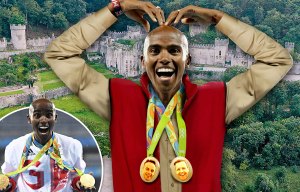 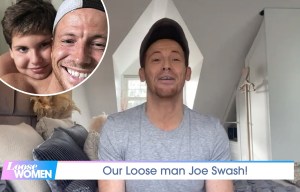 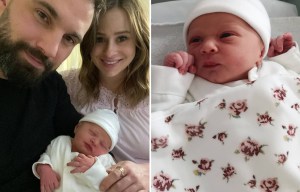 'lit up our lives'

Leah ended up losing custody of her twins for a short period in 2015 however, she and Corey now share the girls 50/50.

She then entered a treatment facility after Teen Mom 2 producers viewed GoPro footage of her attempting to commit suicide by driving off a cliff.

Neymar on reuniting with Messi: next year we have to do it
Scott Micromini: I hope Manchester United will win Leipzig and away
Lampard on whether Giroud will start in the Premier League: we'll See. Forward scored 4 goals for Sevilla
Lucescu after 0:3 with Juve: Dynamo is learning, getting experience and should go to the eurovesna
You can't be half-pregnant and half-make the playoffs. Tuchel on PSG's chances in the Champions League
Barcelona first ever Champions League penalty kick in 5 consecutive rounds
Almost pregnant doesn't mean pregnant. This is Tuchel's metaphor about PSG's chances for the Champions League play-offs: we explain their alignment with Manchester United and RB
Source https://www.thesun.co.uk/tvandshowbiz/13040691/teen-mom-leah-messer-drug-addiction-court/