SUPERMARKETS in Jersey warned shelves could be empty by Saturday — but pubs have enough beer.

Despite the threat of empty shelves, locals on the island will be able to fill up on beer after chiefs revealed they have enough beer to see through several weeks if the crisis continues.

Gavin Reid is managing director of Randalls which runs some 20 pubs on the island.

Gavin Reid told The Sun: “We’ve got enough bottled and canned beer to last us for the next two weeks, possibly more.

“We do like a drink in Jersey so we make sure our pubs are always well stocked just in case bad weather or in this case the French try and stop freight ships getting into the port.”

Supply ship the Commodore Goodwill raced through the night from Portsmouth to safely deliver vital supplies to Jersey on Thursday morning before the blockade began.

She was delayed from leaving after unloading her wares but finally slipped away shortly before lunchtime as the French trawlers withdrew.

Co-op boss Mr Cox said the island is relying on the Royal Navy ships HMS Severn and HMS Tamar to make sure the French boats back off.

He told The Sun: “The port is a lifeline to the island and it is absolutely critical that the freight vessels can get into the port.

"It's vital that those routes are kept clear, the shelves will be bare within two days if the port is blocked. 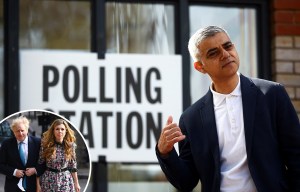 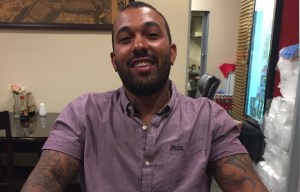 "It's the short dated products and the fresh food which will go first such as bread, vegetables, fresh meat and fruit.

"While we do grow food here, it's not enough to service the island as a whole.

"At this stage we are reliant on the Royal Navy to keep the freight ships coming into the island on a daily basis."

Don’t mess with us, warns Royal Navy Admiral as he tells French they should know better