I ENJOYED a pub pint after 10pm — but other punters have been slow to cotton on to the loophole.

I was served after the cut-off point at the Hope and Champion, a Wetherspoon pub which is technically part of a service station off the M40.

A masked barman at the watering hole at Junction 2 in Beaconsfield, Bucks, told me: “We are allowed to serve you a pint until 11pm.”

A colleague added: “You are in the only legally open pub serving after 10pm.”

Other punters I spotted before the deadline included three construction workers, heading home to Manchester from a job in London.

Graham Briggs, 28, said: “When I saw the sign on the door saying open until 11pm I thought it was a mistake.

“But then the barman told me it was perfectly legal to have a drink here after the curfew.

“The whole thing is a joke. It’s not as if Covid can tell the time and knows when it’s after 10pm.

“The Government should just leave us to get on with our lives. We are grown-ups after all.”

“If I didn’t live so far away I would be back in a flash.

“I agree the 10pm curfew is a joke. First, the Government are encouraging us to go out and eat out to help out and now they are telling us to stay at home after 10pm.”

Phil Evans, 28, added: “The curfew just means people will be at the shops or at the off-licence, crowding in there to get more drink.

“I think it should be scrapped. The fact I can have a pint here after 10pm is annoying as I live so bloody far away!”

The services opened in 2009 and the £1.1million pub followed in 2014. It takes its name from the old stage coaches that used to pass through from London. 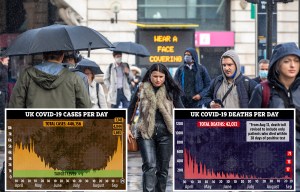 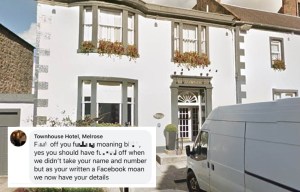 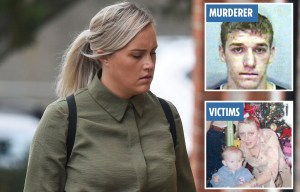 Female guard, 32, 'had fling with prisoner who murdered his girlfriend and baby' 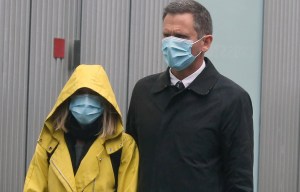 A Wetherspoon spokesman told me: “The pub can remain open until 11pm throughout the week because it is part of a service station.

“There is a 100-bedroom hotel close to the pub and the majority of customers using the pub at night are guests staying at the hotel who want something to eat and drink.

“All regulations around Covid — such as ordering off an app, table service and social distancing — remain the same at all times.” 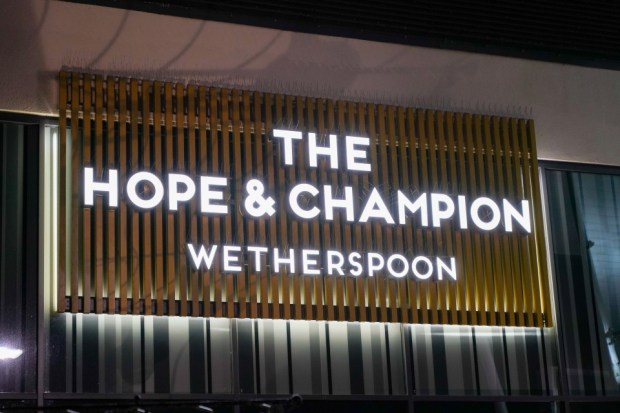 UNDER the Covid restrictions brought in last week all pubs have to shut by 10pm but The Hope and Champion is exempt as it is part of a motorway services area.

All service areas must remain open as they provide an essential service and must provide food and drink and The Hope and Champion fulfils that criteria.

As it also caters for HGV drivers who are categorised as ‘’essential workers’’ service stations must continue to provide bare minimum facilities.

Also exempt are “workplace canteens’’ which may remain open where there is no practical alternative for staff at that workplace to obtain food which is the loophole bars in the House of Commons were using until Monday.

Beaconsfield services is part of the Extra Motorway Services group and tonight no-one from there was available for comment.

According to Wetherspoons the exemption that applies to them is in paragraph four of last week’s Health Protection (Coronavirus restrictions) legislation.

It states the curfew does not prevent the “carrying out of a restricted business or providing a restricted service located in a motorway service area between the hours of 22:00 and 05:00.’’

The pub is only open until 11pm and so allowed to serve the extra hour when all other pubs are shut and is the only boozer at a motorway service station in the country.

Miralem Pjanic: Sorry didn't trust the players at Juventus. It's a shame when people are judged incorrectly
Wenger on why he didn't mention Mourinho in the book: he Didn't want to talk about Jose, Klopp or Pepe because they are still working
The perfect project to lose money. An idea for dreamers. Tebas on the European Premier League
The Catalan authorities refused to postpone the referendum on a vote of no confidence in Bartomeu. It will be held on November 1-2
La Liga President on Messi's departure: It won't be a drama for us. And his reputation will suffer
Ronaldo is a fan of the UFC. Rooting for Khabib, training with Conor, signed up for all the top fighters
Only Milan have not lost points this season in the top 5 of the European leagues. Aston Villa lost 0:3 in the
Source https://www.thesun.co.uk/news/12803551/man-gets-legal-pint-after-ten-uk/