It comes after Scotland’s drug death toll rose again, with figures revealing there had been 1,339 deaths in 2020, a five percent rise on the previous year. Opposition party figures branded the figures, the worst in Europe, as “Scotland’s shame”.

Ms Constance said more action needs to be taken to ensure drug users can get into treatment.

She vowed to consider the Right to Recovery Bill the Scottish Conservatives have committed to bringing forward, which aims to give drug users the right to access residential rehabilitation services, “very seriously”.

The Almond Valley MSP, who reports directly to First Minister Nicola Sturgeon, also admitted she had "never ruled out the need to introduce further legislation" to tackle Scotland's drugs problem. 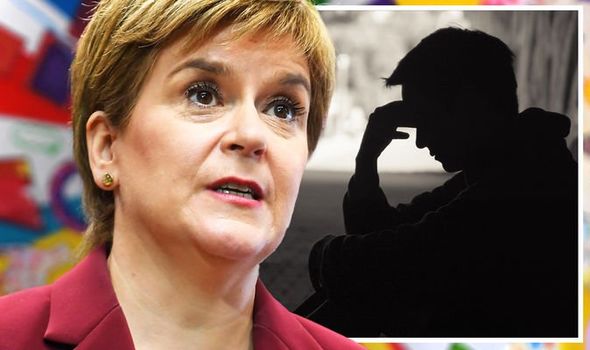 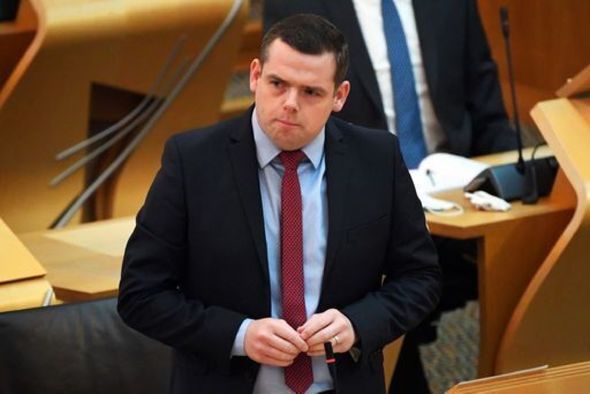 She added: "We don't have enough of our people in treatment, and that is a key priority moving forward, to get more people into treatment, the treatment that is right for them at a time when they ask for it.

“Meantime, I would argue people already have rights to health care that meets their needs, and what we need to do is ensure people [have] rights to good health, and support and treatment, that that is implemented."

Douglas Ross, Scottish Conservative leader said the drug deaths rate would be Ms Sturgeon’s legacy from her time in office.

The Moray MP said: “Political legacies are difficult to predict - until they're not. For the longest time, it is hard to say exactly what someone will be remembered for in five, ten or 30 years. 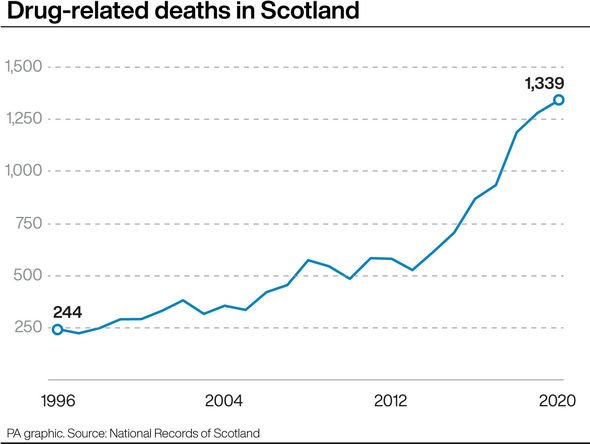 “But every politician who has the honour of serving their country as leader, whether as Prime Minister or First Minister, eventually runs into an issue that will undeniably be their legacy.

“Nicola Sturgeon's legacy has been up in the air for some time.

“It's obvious what she wants her legacy to be - breaking up the country.

“But only now has it become crystal clear what her true legacy will be - presiding over a drug death crisis that is Scotland's national shame. 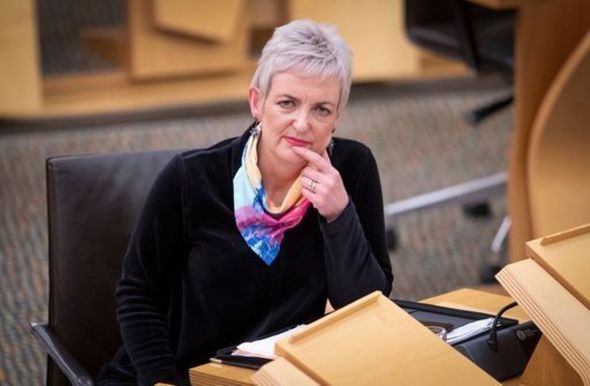 “Nicola Sturgeon will be remembered as the First Minister who forgot about some of Scotland's most vulnerable.

The data, released by the National Records of Scotland, showed Scotland had a rate with 21.2 deaths per 100,000 of the population - more than three-and-a-half times higher than the rest of the UK.

Glasgow was again found to be the worst area for people struggling with addiction, with 291 dying last year in the city.

Opioids remained the number one cause of drug-related death in Scotland in 2020, the new figures show.

The data released on Friday shows that, of the 1,339 people who died from drugs last year, 1,192 were related in some way to opioids.

Police message to drivers across Lancashire amid fuel panic-buying

Inside the San Francisco Bay Area’s pandemic murder surge: ‘No one knows this pain but us’

Britain’s leaky homes make the energy crisis worse. Why have governments not fixed them? | Max Wakefield

Lionel Messi, Georginio Wijnaldum and the other stars who make PSG a tougher test for Man City