Nicola Sturgeon set out her case for a new independence referendum in Scotland despite Prime Minister Boris Johnson insisting they won’t be allowed it. But the First Minister admitted Scottish voters might not be ready to vote on a referendum after voting for SNP in the general election.

Speaking at Bute House, Ms Sturgeon said: "I recognise there is work we have to do to persuade a clear majority that independence is the best future for our country.

“That is why in the months ahead we’ll update the detailed substantive case for Scotland becoming an independent nation.

“Of course in a referendum those who believe Scotland should stay part of the Westminster union will be able to make that case.

“I accept that the case for independence is yet to be won.” 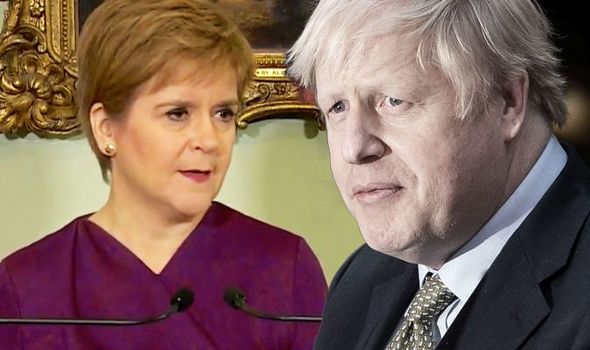 Nicola Sturgeon made a speech at Bute House (Image: BBC•GETTY)

Nicola Sturgeon has insisted there is a "democratic mandate" for Scots to be given a choice of staying in the UK with Boris Johnson - or becoming an independent nation.

The SNP leader and Scottish First Minister said following last week's election victory where her party took 48 of the 59 Scottish seats in Westminster, the case for having a second independence referendum was "unarguable".

She insisted: "It is a fundamental democratic principle that decisions on Scotland's constitutional future should rest with the people who live here.

"As this document lays out, the Scottish Government has a clear democratic mandate to offer people a choice on that future in an independence referendum, and the UK Government has a democratic duty to recognise that. Last week's general election has only strengthened that mandate." 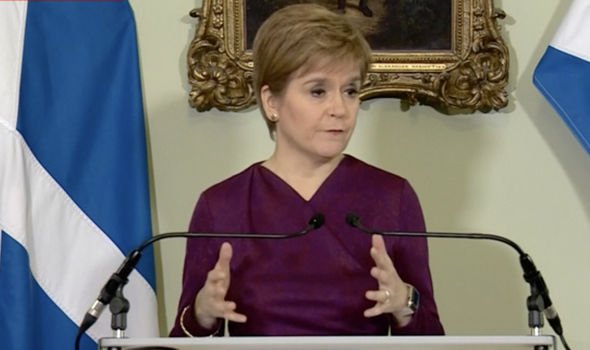 Nicola Sturgeon has insisted there is a "democratic mandate" for Scots (Image: BBC) 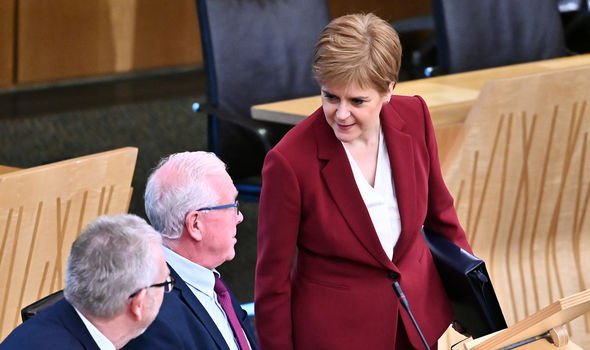 The SNP won 47 of the 59 seats up for grabs in Scotland, the party's second-best ever result.

Meanwhile the Tories, whose campaign had focused on opposition to an independence referendum, saw their share of the vote slip in Scotland, losing more than half their seats.

In the wake of that, Ms Sturgeon said she was "publishing the constitutional and democratic case" for a referendum.

She said this was "rooted in the principle of self-determination, in the material change of circumstances since the 2014 exercise of that right, and in the democratic mandate that exists for offering the choice afresh". 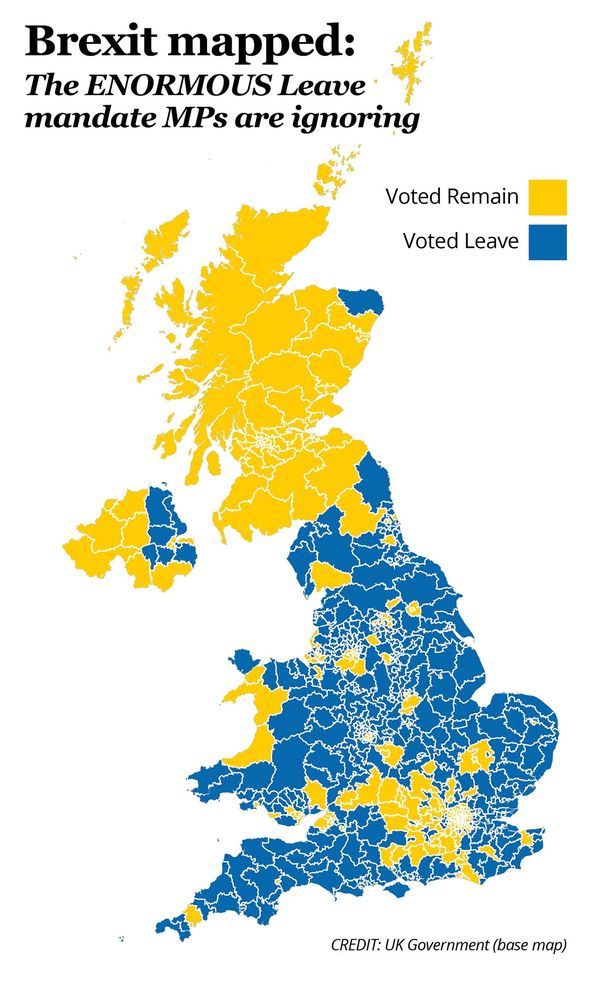 She added: "We are therefore today calling for the UK Government to negotiate and agree the transfer of power that would put beyond doubt the Scottish Parliament's right to legislate for a referendum on independence.

"Together with the constitutional and democratic case for that transfer of power, we are also publishing the draft legislation that would give effect to it."

She conceded she expected the response from Westminster would be a "restatement of the UK Government's opposition".

But she continued: "They should be under no illusion that this will be an end of the matter.

"In this context, the question is often posed to me - 'what will you do if the Prime Minister says no?' But the document we are publishing today turns the question on its head.

"It is for the Prime Minister to defend why he believes the UK is not a voluntary union of equal nations. It is for him to set out why he does not believe people in Scotland have the right to self-determination.”

The Macedonian journalist was upset that he did not have time to talk to Mourinho. Jose returned and promised a photo for the sake of his late father
Fati's compensation increased to 400 million euros. He will play for Barca under number 22
Flick about Goetz: I have been in contact with him a lot since my time with the national team, but Bayern are not thinking about a contract with him
Immobile about Levandovsky: I Am proud that I won against him - he Has always been my idol. I would give him the Golden ball
Atletico have agreed a contract with Torreira. For a transfer, Madrid need to sell Herrera
Suarez will move to Atletico for free. Barcelona can get 2-3 million for Madrid's results in the Champions League
Jose Mourinho: I'm sure Zidane is happy that bale is gone. I hope that at the end of the season we will be happy and Gareth will stay
Source https://www.express.co.uk/news/uk/1219007/Nicola-Sturgeon-news-SNP-indyref2-scottish-independence-vote-latest-update?utm_source=feedburner&utm_medium=feed&utm_campaign=Feed%3A+daily-express-news-showbiz+%28Express+%3A%3A+News+%2F+Showbiz+Feed%29

Trump-Nixon: The unseen letters between once and future presidents revealed

Liverpool clash with Arsenal changed as PL give fixtures update

Coronavirus: Nine of every 10 restaurants and bars in NYC unable to pay full rent as hospitality restrictions continue

372 new flats to be built in Baltic, Smithdown and Anfield areas

Inside the UN General Assembly, diplomats like me are concerned by what we see

Uncle Ben's to get revamp after criticism over racial stereotyping

Covid-19 safety marshals to be introduced at Keighley store

New SUV is next step in VW's post-scandal electric offensive

Single mom, 28, beaten to death while her kids slept upstairs before young daughter found body the next morning

Another 6,178 coronavirus cases in highest daily toll since May

Why did Kobe’s wife Vanessa Bryant sue the LAPD sheriff?

Blood test could predict which Covid patients will get severe illness

Just 24% of UK businesses are ‘fully ready’ for Brexit