Stranger Things Millie Bobby Brown, 15, shocks fans with ‘grown up’ look after saying she wants to be ‘taken seriously’

STRANGER Things star Millie Bobby Brown shocked her fans with a much older look just weeks after admitting she found it hard to be taken seriously.

The actress, 15, transformed her appearance to speak on World Children's Day at the United Nations global summit in New York yesterday.

She was widely praised for her speech in which she told of her desire for all children to have a voice and condemned bullying.

The youngster was a headline speaker along with David Beckham, 44, who recalled his childhood ambition to make it as a professional footballer.

As well as her words, Millie's new mature styling also garnered plenty of attention, with one fan asking: "why has millie bobby brown turned 24 all of a sudden."

Another stated: "You look a lot older here."

While a third wrote: "With this outfit you literally look like you’re 25yo."

Millie called the event "beautiful" and explained how she was honoured to emulate her idol, actress Audrey Hepburn.

She wrote on Instagram: "i was so grateful to have the opportunity to walk in the footsteps of my idol, Audrey Hepburn.

"she addressed world leaders as they adopted the UN convention on the Rights of the Child. today was a dream because i joined @unicef to mark the 30th anniversary of the Convention and remind everyone *specifically world leaders* that children's rights matter."

The teen drew upon her personal experience with bullying to deliver a heartfelt reminder to politicians around the world that more needs to be done to help suffering children.

She said: "I want to talk about an issue that is very personal to me. Something that so often goes unnoticed - but causes real suffering. Bullying.

"Like David [Beckham], I’ve been very lucky in my life. I take nothing for granted. But I also know what it feels like to be vulnerable. At school, I was bullied by a group of students. I remember feeling helpless. School used to be a safe place. Now I was scared to go.

"I was lucky. With the help of my friends, family and people around me, I was able to overcome these negative feelings and take my power back. But millions of children aren’t so lucky. They’re still struggling in the darkness.

At the beginning of the month Millie told Grazia how children are often overlooked when voicing their opinions on important matters.

She said: "Being a young person, it can be hard to be taken seriously.

"It’s so important that we recognise that the workspace isn’t an equal playing field.

Meanwhile fans of Stranger Things are eagerly speculating what might happen to Brown's Eleven character when season four drops on Netflix.

The former test subject was left powerless at the end of the third season.

A traumatic encounter with The Mind Flayer left her unable to access her special telekinetic skills.

Fans have taken to social media with their predictions about what will become of El.

One Reddit user claimed that El needed a powerful emotional stimulus to reactivate her powers, namely, her newfound love for Mike.

This is drawn from the fact that during her time under experiments from Dr Brenner, she was often exposed to extreme conditions to maximise her potency.

“I have a theory about El's powers. I have just been watching Season 2 where she meets Eight, who helps her understand her powers,” the fan began.

“El's powers are reliant on negative emotions, especially anger. In Season 3 El and Mike realise that they love each other,” they went on.

“First love can be a very overpowering emotion that eclipses all others and most importantly it is a positive emotion. Even the death of Hopper was surrounded by the love of him.

“I have a feeling that the pain of being separated from Mike may be enough for her powers to return at least a little bit.”

The post was soon flooded with upvotes and messages of agreement.

Some voiced concern that El could suffer a ‘Carrie’ style moment, where a negative experience triggers a loss of control and mass casualties.

Others pointed out the fact that the teen has been at her most formidable “in life or death situations.” 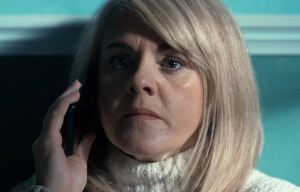 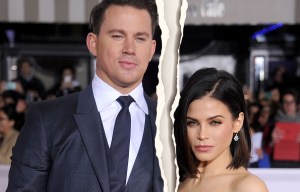 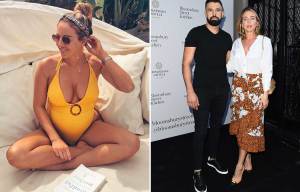 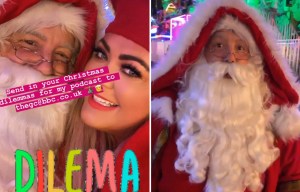 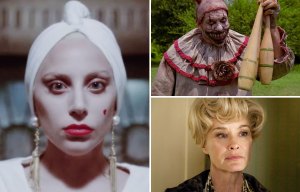 AHS fans left reeling after discovering how every season is connected

The theory comes after fans speculated that Hopper may not be “The American” referred to in the post credits scene of the season 3 finale.

Some claimed that Billy could in fact return from the dead for an epic redemption storyline.

Stranger Things seasons 1-3 are available to stream on Netflix.

Marcelo: You lose technique when you don't train with the ball for so long
Depay fully recovered from the cross injury. He hasn't played since December
Goretzka has grown out of uniform in two months of quarantine, and now they are squeezing his sleeves. Transformer!🤖
Barcelona is ready to re-loan Coutinho for 10 million euros
Gil about Adama Traore: this is a phenomenon. He is the fastest player in the world
Milan is Interested in the midfielder of the national team of Ireland Hendrik. He can leave Burnley as a free agent
Shirokov's concert in the Comment.Show: called Yakin a pure asshole, remembered the fight with Glushakov and quarrels over the Hulk and Witzel
Source https://www.thesun.co.uk/tvandshowbiz/10394822/stranger-things-millie-bobby-brown-grown-up-look/