STACEY Solomon has been suffering in the heat just like everyone else, but now she's shared her hack for staying cool.

Taking to Instagram, the 30-year-old TV star revealed how she's trying to keep her temperature down - as well as her three kid's too.

Admitting it was taking a while to get her three boys down to sleep, Stacey said her partner Joe Swash was attempting to tire their one-year-old son Rex out by having a boogie in front of the TV.

The Loose Women panellist shared an adorable video of Rex and his dad having a dance off in the living room.

She then uploaded a cute selfie of her grinning from ear-to-ear as two of her sons slept on her chest and wrote alongside it: "2 down. Going to carry them to bed and then have a nice cool bath. Happy Tuesday everyone."

However, when it comes to baths, Stacey really is the queen of relaxation and has a dreamy bathroom setting for the occasion.

As well as a sparkling clean, rather large bath, the former X Facto star adds a colourful bath bomb, flower petals and even has a glass of Diet Coke handy as she takes a soak.

She captioned the snap of her heavenly bathroom: "Mummy time," before tagging some small businesses she had used to help kit out the room.

Stacey's down time comes after she hinted that she maybe thinking about adding to her brood.

During an appearance on Loose Women on Thursday, Stacey admitted she doesn't want to be on the contraceptive pill long term.

Stacey revealed that she expects the man to provide condoms early on in a relationship, rather than the woman having to automatically go on the pill.

Speaking about using birth control, she said: "I always expect the man to provide the birth control I don't know if that is a generational thing.

"If I was to meet someone, which I don't do these days, I would expect they would bring a condom with them, I wouldn't bring it myself. I would not be automatically on the pill."

Host Charlene White then asked Stacey whether Joe has ever considered having a vasectomy to stop them having more kids.

Stacey revealed they haven't had that discussion but she wouldn't feel comfortable taking the pill long-term either.

She replied: "It's not a conversation I've had with Joe because neither of us know if we have finished extending our family or not. 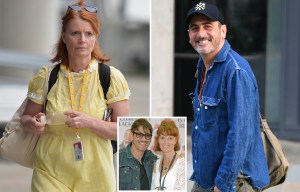 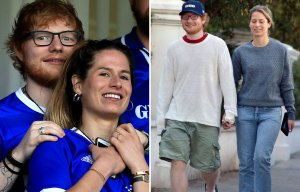 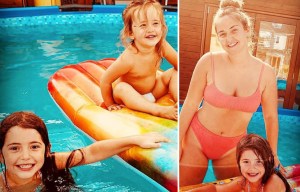 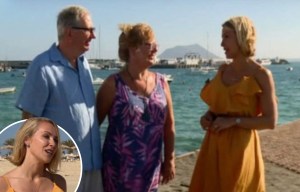 "But in a few years we would definitely have that conversation if we decided we didn't want more children. Though I don't think either of us would expect that, or for me to have my tubes tied.

"We would have to look at our other options… I personally would argue my case for not going on the contraceptive pill for a long time because that is not something I want to do… The only thing left would be a coil with no hormones."

Kolasinac will move to Bayer from Arsenal for 11 million euros + bonuses (Fabrizio Romano)
Dyer called the toilet the best player of the match between Tottenham and Chelsea
Ferencvaros will play in the Champions League group for the first time since 1995. This is the longest break between the first and second appearances
Jose Mourinho: what happened to Dyer is not normal, he was dehydrated. If the League management doesn't care about the players, I don't
Jose went berserk twice during the match with Chelsea: ran over Lampard and ran to look for Dyer - he rushed to the toilet right during the game
Lampard on relegation from the League Cup: we Need to keep a positive attitude. Everything will come if Chelsea score second, leading the score
Call of nature, what can you do? Dyer explained why he ran to the dressing room during the match with Chelsea
Source https://www.thesun.co.uk/tvandshowbiz/12385458/stacey-solomon-joe-swash-heatwave-hack-cold-bath-kids-instagram/