Picardo: Nothing will cleave Gibraltar from the UK

José Manuel García-Margallo said a last-minute Brexit deal between Madrid and London was "nonsense and very difficult to implement in practice". And in a blistering attack on the socialist government of Pedro Sanchez, he warned his country had shown a lack of "national will" and was in danger of becoming a "foreign irrelevance".

The moment you renounce to sovereignty, you are surrendering. When will we have a greater chance?

Mr Margallo said the agreements were sold as "a diplomatic victory" by Madrid but had in fact represented the resignation of all Spanish interests on Gibraltar.

He said Brexit negotiations had provided the "greatest opportunity" to defend Spain's interests but that those chances had been lost.

He said: "Imagine you have a squat in your house and the EU gives you the keys and says that everything will be negotiated when you want.

"And so you take the key and tell the squatters not to worry because you are also going to pay for their electricity, gas and council rate as well.

"Why did you want the key then? It doesn’t make sense." 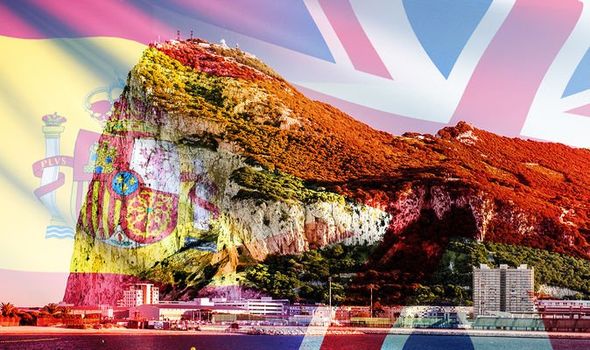 Mr Margallo, who was Spain's foreign minister from 2011 to 2016 and is now an MEP, has written a book called "Gibraltar, The Second Surrender".

The book takes a historical and political journey from ancient times to the present day, of the strategic importance of the Rock and its relevance in the debate on "decolonisation".

Mr Margallo said he wanted it to be a "reference book on Gibraltar". 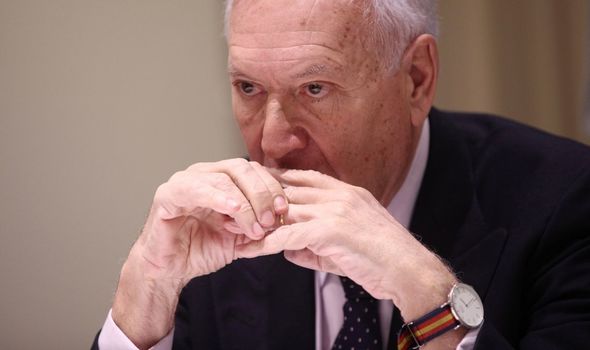 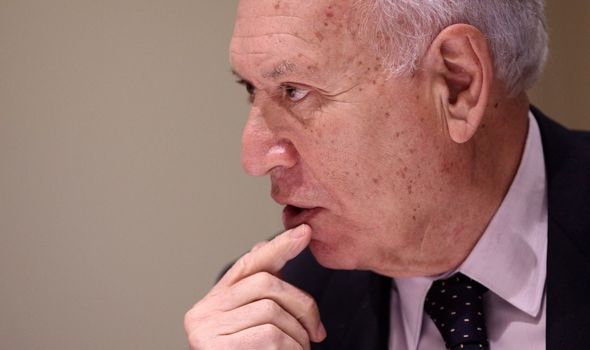 He said: "There is no book that contemplates the aspect chronologically in all its dimension and all aspects: Utrech, United Nations, Brexit, economic issues, defence."

The book also explains the co-sovereignty proposal that Me Margallo defended when he was in charge of Spanish diplomacy.

He said: "The proposal had advantages for all: 40 years of co-sovereignty in foreign and defence matters, to make a large Rota-Gibraltar base, there would be no gate and Gibraltar would have been part of Schengen and the customs union, dual nationality, respect for the institutions of self-government and create a special economic zone between Gibraltar, Campo de Gibraltar and Ceuta.

"On the contrary, the preliminary agreement signed by the current minister, Arancha González Laya, is nonsense and very difficult to implement in practice since it implies solving some day-to-day problems and pausing the sovereignty issue for later."

He continued: "When you resign in a negotiation, from the beginning, your main objective is lost.

"What did Gibraltar want? To continue living with the best of both worlds, with a special tax regime, with a very broad autonomy and within the internal market of the EU.

"And what did Spain want? Sovereignty, ending the tax haven and ending a model of dependence on the Campo de Gibraltar.

"The moment you renounce to sovereignty, you are surrendering. When will we have a greater chance?

"It's wrong that Gibraltar is now better off with the UK outside the EU than with the UK inside." 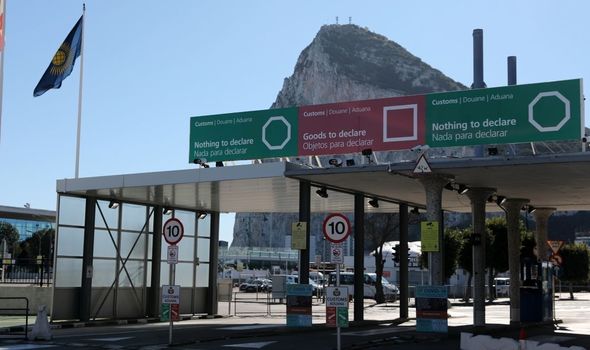 The Brexit deal on Gibraltar was no diplomatic victory, according to José Manuel García-Margallo (Image: PA)

Mr Margallo said the only thing that has been achieved is "to give Gibraltar a State status that it did not have before, without saying a word about the tax regime and without resolving any of the distortions of the system".

He said: "If the government perseveres today in not facing the problem, we will be leading the second surrender of Gibraltar."

President of Atalanta on the refereeing of the match with Real Madrid: It was a shock. The referee is either inadequate, not ready for the Champions League match, or psychologically dependent
Otamendi on Guardiola: A monster. There is nothing better than working with such a coach
Henderson is out until at least April after surgery due to a groin injury
Barca presidential candidate Font on Laporte: The impression that the king is naked, and no one dares to say it
Manchester United still have an Interest in Kunde, but do not want to pay 80 million euros in compensation for the defender of Sevilla
In 2013, the former players of the Russian national team invested more than 200 million rubles in the bank. The money is still not returned
Lucescu about Dynamo Kyiv in the 1/8 finals of the Europa League: If they had said this in the summer, no one would have believed it
Source https://www.express.co.uk/news/world/1398074/brexit-news-gibraltar-spain-deal-Jos-Manuel-Garc-a-Margallo-london-latest?utm_source=feedburner&utm_medium=feed&utm_campaign=Feed%3A+daily-express-news-showbiz+%28Express+%3A%3A+News+%2F+Showbiz+Feed%29