The SNP Westminster leader had to issue an apology and delete a tweet after sparking outrage with his unsubstantiated allegations. Scottish Lib Dem leader Willie Rennie accused Mr Blackford of stoking anti-English sentiment in Scotland with his ill-judged remarks and there was a ferocious backlash on Twitter.

The extraordinary row broke out when Mr Blackford took to social media to criticise photographer Ollie Taylor who had posted a stunning image of the northern lights he had taken from Caithness in the far north of Scotland.

Commenting on the picture, Mr Blackford said: "As you live in the south of England and travel to Scotland is only for permitted reasons I am sure there will be a valid reason as to why you are posting a photo from the north of Scotland last night?"

But he was forced to remove the tweet and issue an apology when it emerged Mr Taylor actually lived in Scotland after moving there to work on locations for a new photography book. 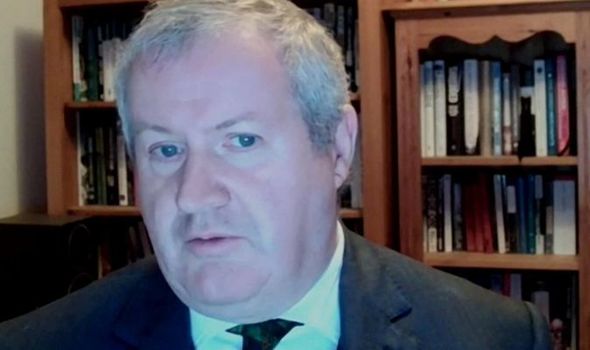 Ian Blackford has been forced to make a humiliating climbdown (Image: PA)

Mr Blackford said: "I will continue to stand up for my constituents who frequently raise these concerns with me but I recognise that it was wrong to query an individual on Twitter and I apologise to @OllieTPhoto for my earlier post, which I have deleted.

"As the local MP for Ross, Skye and Lochaber I know my constituents feel very strongly about the breaking of travel restrictions that we see across the highlands and islands, which puts people's lives and our public services at risk."

But the original tweet was seized up by critics of Mr Blackford and the SNP. 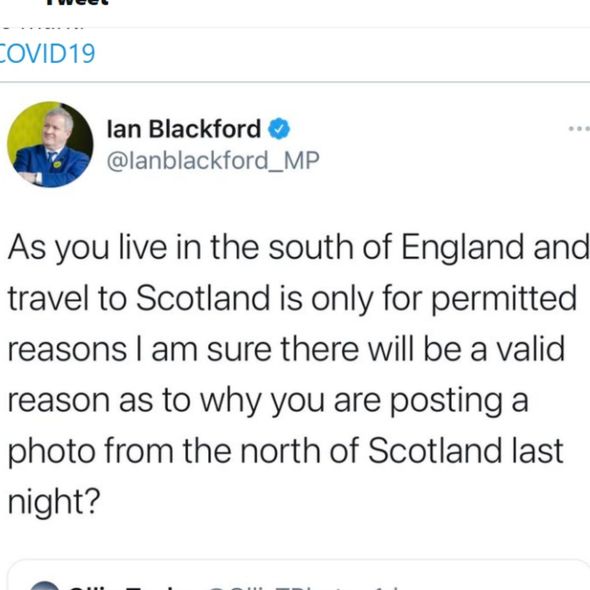 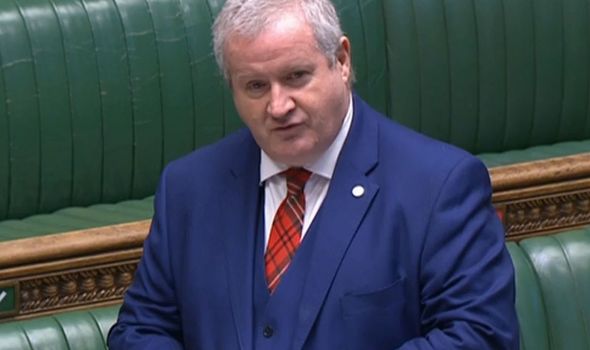 Ian Blackford has been accused of stoking anti-English sentiment north of the border (Image: PA)

Mr Rennie said: “Ian Blackford should apologise immediately for this blundering tweet which accused a private citizen of breaking the travel restrictions when he had no evidence of him doing so.

“Blackford, a senior politician, has picked on him and bullied him because he thinks he's English.

“Other people on Twitter have shown that Blackford is wrong to accuse this private citizen.

“Ian Blackford has form for his remarks about people from England who happen to be in Scotland.

"This behaviour could only add to the problems of anti-English sentiment in Scotland.

"I have warned that this must be condemned but Ian Blackford is only making it worse."

Another critic tweeted: "Why are people surprised by this? The SNP and the majority of their voters hate the English but I can guarantee that the majority of Scottish people are nice and welcoming.

"The SNP do NOT speak for the people of Scotland, they never fail to drag good Scottish people down." 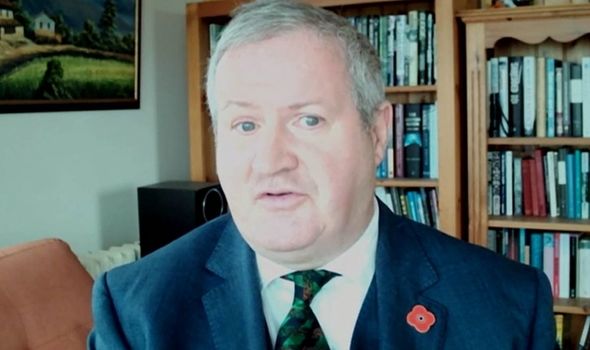 Ian Blackford admitted he was wrong to single out an individual on social media (Image: PA)

Another said: "Would Mr Blackford fall foul of Humza Yusaf's hate Bill? A public figure creating hostility towards someone for political gain?"

And another tweeted: "Oh dear, Ian Blackford has chosen to delete his malevolent and aggressive threat to a normal law abiding bloke living his life.

Bruno scored 1 goal from the penalty spot and did not make an assist in 6 matches with the big six teams in the 2020/21 season
Messi can miss from 4 to 12 games due to disqualification, if his kick in the match with Athletic is recognized as aggression
Clattenburg on the referee of the Liverpool - Manchester United match: He should have waited in the Manet episode, but I wouldn't criticize him
I put Messi on the body and he got angry and slapped me in the face. Obvious aggression. Athletic forward about red Leo
Messi can be disqualified for 2 games. The referee did not indicate that the Barca forward showed aggression by hitting the opponent on the head
Pirlo about 0:2 from Inter: The coach should be the first to take the blame. We were too predictable
Solskjaer about 0:0 with Liverpool: We didn't deserve to win. We wanted to come and make a result, given their injuries
Source https://www.express.co.uk/news/uk/1363725/snp-ian-blackford-twitter-tweet-photographer-scotland-covid19-rules-northern-lights?utm_source=feedburner&utm_medium=feed&utm_campaign=Feed%3A+daily-express-news-showbiz+%28Express+%3A%3A+News+%2F+Showbiz+Feed%29

Mum has burns and broken tooth after mistaking fireworks for sweets

Two schoolboys have built Stockport in Minecraft and it looks incredible

Clattenburg explains what Tierney should have done with early Mane whistle

I get FREE clothes on Facebook & my Levi jeans cost £1.50, here’s how to get the best bargains in charity shops

Boris Johnson will be ‘pushing up poverty’ if he cuts universal credit top-up, report warns

'It can unite a nation': Guardian TV writers on why the small screen has prevailed

Brexit LIVE: Give us MORE! Greedy SNP orders Boris to hand over £1.3bn due to EU exit

Arsenal vs Newcastle live stream: How to watch Premier League fixture online and on TV tonight

Is Arsenal vs Newcastle on TV tonight? Kick-off time, channel and how to watch Premier League fixture

Arsenal vs Newcastle prediction: How will Premier League fixture play out tonight?

'We need answers’: why are people living near Dutch goat farms getting sick?