A FORMER nightclub owner is ‘excited and nervous’ to open his bar for the first time in 18 months ­— as a pirate-themed pub.

Ships and Giggles, Hammerton Street in Burnley, which was formerly MACs nightclub will open on Monday as Covid lockdown restrictions are eased further.

Owner Andy Mac had to close the former nightclub after a fire ripped through the building in November 2019.

When Andy knew he had to refurbish the building he decided to bring Preston success story, Ships and Giggles, to Burnley. 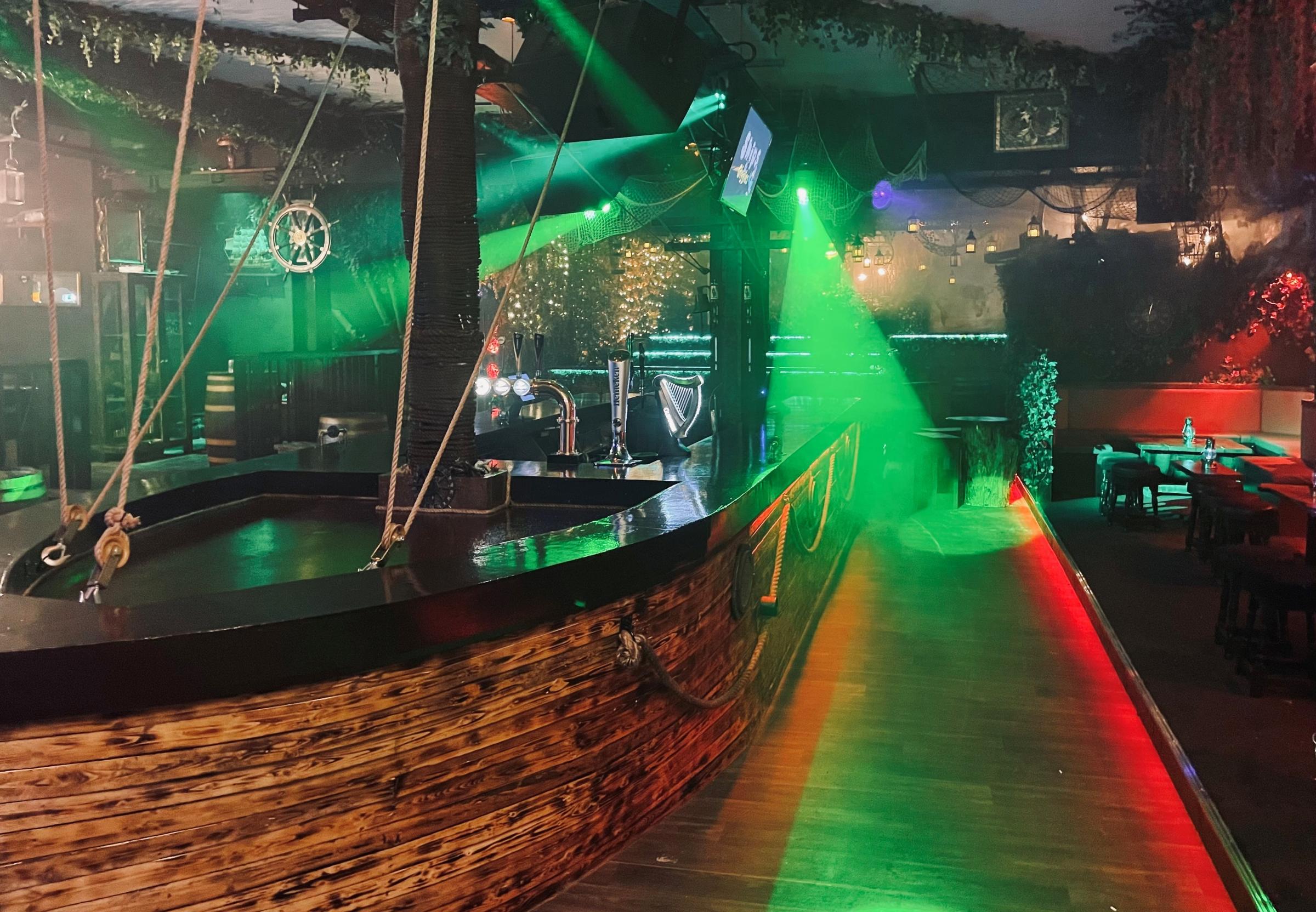 He said: “I’m excited and nervous because I have spent the last six months in that building with a small team just redecorating and refurbishing.

“We can’t wait to show off what we have done and what we have to offer. It’s just huge! It is going to be like the Preston Ships and Giggles but on steroids.”

Andy Mac hit the headlines last autumn when he began offering 1p meals alongside drinks to allow him to stay open when restrictions were introduced meaning customers had to order a 'substantial meal' if they wanted an alcoholic drink.

The bar, shaped like a pirate ship, will offer a range of drinks including cocktail pitchers and beer dispensers.

The bar is in the shape of a pirate ship

Pirate-themed decor throughout the building includes netting, ropes, plants and lighting to give the bar an eerie yet exciting look and feel.

There will also be a pool table, Nintendo Wii, beer pong and fruit machines.

The pub is pirate themes, the same as the Preston Ships and Giggles which is popular with locals

A few weeks after opening, Andy hopes to introduce 1p meals and live music to the Burnley venue as restrictions continue to ease across the country.

He said: “We are coinciding with the easing of restrictions to introduce bit by bit. In an ideal world, both venues will open everything at the same time.

“When clubs can open, that’s when we are hoping to launch the 1p food.

“The live music will start hopefully two weeks prior to the opening of clubs but again we will have to see.”

Who is Cherish Finden, Bake Off: The Professionals 2021 judge?