WAYNE Bennett wants to stay on as England coach after Great Britain’s tour from hell - and may get a new deal.

But Rugby Football League bosses are ready to go back to former Wigan chief Shaun Wane and Castleford coach Daryl Powell about working with him with a view to taking over.

Many critics would have Australian Bennett removed after his contract ran out following Great Britain’s humiliating 28-10 loss in Papua New Guinea, which made it four losses from four.

RFL chief executive Ralph Rimmer admitted his dismay at the way the Lions’ international return after a 12-year absence panned out as an eight-week review starts with all options on the table.

However, Bennett looks set to stay and an approach to Wane and Powell to come on board until the 2021 World Cup with a view to stepping up afterwards is possible.

For SunSport can reveal both turned down a previous opportunity to work under the national chief.

“I’m disappointed, we all are,” said Rimmer. “I’d be lying if I said I wasn’t. It hurts when we lose. Some aspects of the tour were disappointing but I believe we’ve a team that can compete.

“The results and performances were not a reflection of the state of the British game but in the last conversation I had with Wayne, I got the impression he wants to stay, even though there’s plenty of coaching talent out there. 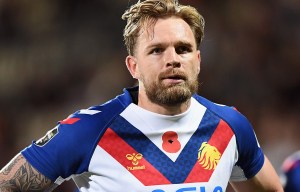 New Zealand and Samoa emerge as possible 2020 opponents for England

“And there’s certainly a chance of him getting a new deal. We shouldn’t forget what Wayne’s done until this point. We had a poor year, no-one can deny that and everyone hurts but until this point, we progressed really, really well.”

When asked if director of rugby Kevin Sinfield’s role is under threat, Rimmer replied: “Kevin is the one doing the review with me, so no.”

Meanwhile, SunSport can confirm that England’s next match will be against New Zealand or Samoa on the weekend of June 20-21, with the game likely to be in Australia.

Fiorentina wants to get Higuain as part of Chiesa's exchange to Juventus
Direct shots from a corner are a deliberate technique of the team from Portugal. Scored the winning goal in the 91st and moved closer to the Europa League
Brescia reported that Balotelli weighs 100 kg. He gained 8 kg of extra weight
60 years ago, the USSR team was the first to win the Euro
The Premier League admitted that incorrect penalty decisions were made in all of Thursday's matches
Manchester United of the mid-90s, Flamengo of the 70s, England of the 80s: 101 best forms in the history of football (first part)
UEFA President: The memory of the Soviet victory at Euro 1960 will live long
Source https://www.thesun.co.uk/sport/10396382/shaun-wane-and-daryl-powell-may-be-approached-by-england-with-wayne-bennett/