See the Northern Lights, huskies and stunning scenery and get a relaxing getaway on a Scandinavian cruise

I HATE the cold – I feel like I should make that clear from the beginning.

I can barely deal with a mild summer’s evening in the UK, so when the temperature sailed below zero on an expedition along the coast of Norway, I feared I had made a major mistake.

The trip on one of Hurtigruten’s ships, the 590-capacity MS Nordnorge, was in order to see the Northern Lights — one of those things which no one seems to actually understand, but which is on everybody’s bucket list.

The company has been sailing this route for 127 years and on the round-trip journeys, seven days heading north and six returning, they guarantee you will see the lights on trips between October and March, or you get a free holiday.

So there I am, wrapped up in five layers, a hat, scarf and looking an absolute berk, still shivering, staring up at the pitch-black sky to see . . . nothing.

I’ve bought these thermal leggings for nothing, I think.

But then, on my penultimate evening on board, just as I sit down to eat, a voice booms over the tannoy to say the aurora borealis are starting to show.

Out on to the deck I dash, pulling my scarf back on just as a faint white patch begins to trace through the sky.

At first it looks like a narrow cloud over the dark night, but it develops like a photograph, all while swirling and changing.

After a few minutes, I’m gobsmacked as greens and pinks billow above me, spreading through the sky and getting brighter and brighter. It’s no wonder they call it Mother Nature’s light show.

Standing at the front of the boat, it’s so blisteringly cold that my hands start to crack and bleed, although that is my fault for neglecting my gloves and trying to take a photo — if you do want to try and get a shot, though, the Northern Lights Photo Taker app is a must.

But as the dazzling colours dance and weave against a backdrop of gleaming stars, amid the peace of the Norwegian fjords, it feels totally magical and life-affirming.

In total, I was on the boat for six nights, setting sail from Bergen in the south, where I had flown to from Gatwick, and travelling northward, stopping off at the most picturesque towns and villages along the way.

Of course, seeing the Northern Lights is a highlight — but there is so much more to a trip like this than those few minutes of illuminations.

For a first-time visitor to Scandinavia, the cruise allowed me to cover plenty of ground, from Nidaros Cathedral in Trondheim — frequently referred to as the Notre Dame of Norway for its stained-glass rose window — to the dramatic, snow-topped mountains in Finnsnes.

But during my October visit the sun still rises, although hanging low in the sky especially as I head farther north to the charming city of Tromsø.

A short bus ride from there took me to the Tromsø Wilderness Centre, Norway’s biggest husky farm, which breeds them for cross-country racing.

For a dog lover like me it is an absolute dream, especially as they were more than happy to get plenty of cuddles.

The colourful houses of Norway, with window frames dusted with snow, make for beautiful Christmas card scenes and nothing made me feel more festive than watching them go by as I sipped from a hot mug of cocoa.

Honningsvåg, my favourite stop, had those houses in abundance. But home to just 2,500 people, it’s no busy metropolis — and as it felt like one of the most remote places on the continent, it’s not hard to see why.

A 30-minute drive out of town took me through breathtaking scenery, with porpoises jumping in the bays as I travelled to the Northern Cape — the northernmost point in Europe that you can access by car.

In the summer, the area is home to thousands of reindeer but these all swim back to the mainland in the autumn and, instead, you’re left with untouched snow and views out to sea.

Back on board, the warm and cosy cabins were perfect for snuggling up and when I was on the ship, it was all about winding down.

Forget the bells-and-whistles cruises with discos and cabaret, this is a much calmer experience — with a bar, cafe, three restaurants and decks from which to watch the dramatic landscapes go by, all making for the ideal relaxing getaway.

HURTIGRUTEN’S Northern Lights Voyage has daily departures all year round, but to see the lights it is best to travel between October and March.

Prices start from £849pp for a classic voyage from Bergen to Kirkenes, with flights to and from the UK included. Full 12-day round trips start from £1,249pp, with excursions available as extras.

My Aurora Forecast is the best app for tracking the Northern Lights on board. 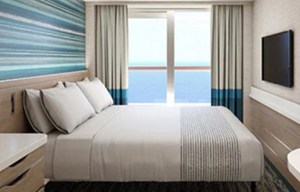 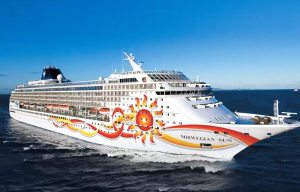 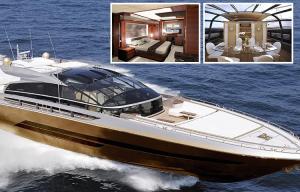 Why is this small boat the world's most expensive yacht? 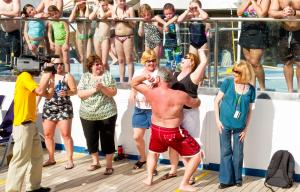 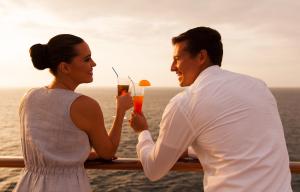 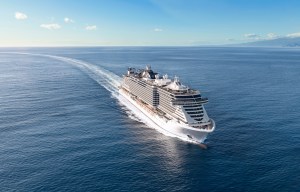 MSC Seaside - how big is the cruise ship and what's the documentary about?

But there is fun to be had on board with the daily Norwegian Way of Life sessions — where hilarious expedition leader Robin Gustafsson spoke about the country, the language, what the points of interest of the day were, and much more.

For the brave-hearted, there are also two outdoor hot tubs, which I couldn’t resist having a dip in after crossing the Arctic Circle.

I’m still not a fan of the cold — but with this cruise, I was glad I took the plunge.

'I don't think he wants to get in the box': Full transcript of damning Soccer Saturday Joelinton debate

Who is Meghan Trainor and what are The Voice UK judge’s most famous songs?

Keith Lemon's tribute to Caroline Flack leaves everyone in tears

Wales 23 France 27: Edwards comes back to haunt Welsh with defensive masterplan in first French win in Cardiff in decade

Myles Stephenson gets blood drained from lungs after snowboarding accident

Cheeky Prince Philip once joked that the Queen’s ‘flawless’ complexion is ‘like that all over’, reveal royal insider

Nuisance callers impact the most vulnerable