Sean Ellis, a Black man who featured in a Netflix documentary after spending decades in prison wrongly convicted of murdering a white police officer, has finally been fully exonerated.

A Massachusetts judge and prosecutor earlier this week closed the door on his case after tossing out lingering additional convictions on gun charges.

Ellis, 46, was described as “ecstatic” by his lawyer and will now consider whether to sue the city of Boston and its police department.

He was the subject of the documentary Trial 4, about his conviction for the 1993 murder of the Boston detective John Mulligan.

Ellis was also convicted of firearms charges in 1995, in a case where it is now acknowledged evidence was buried.

The superior court justice Robert Ullman said in Boston last Tuesday: “This whole case is a very sad chapter in the history of the criminal justice system. Thankfully, this chapter seems to be nearing its conclusion.”

Ellis was found guilty of murdering Mulligan, but in 2015 a court ordered a new trial on murder and armed robbery charges after finding authorities had failed to disclose evidence of corruption among investigating officers.

Prosecutors announced in 2018 that they would not retry Ellis.

But the separate gun convictions of 1995 remained on his record.

Ullman said last Tuesday that Ellis’s conviction for illegal firearm possession in 1995 was “likely flawed” and ordered a new trial for the two gun charges.

“I decided today that justice was not done at Mr Ellis’s January 1995 trial,” Ullman ruled.

But rather than go ahead with another new trial for Ellis, the district attorney, Rachael Rollins, filed paperwork in court the following day saying that she does not intend to prosecute Ellis further.

That ended the case against him for good and lifted the legal cloud.

Rollins had previously said in another court filing that the case was “tainted” by significant police corruption and prosecutorial misconduct.

Ellis received the news via Zoom.

“I could see his face and I could tell it didn’t sink in,” she said, adding that when Ullman repeated his ruling, “it was almost like all the tension left Sean’s face.”

After the hearing – tears, relief, and joy. 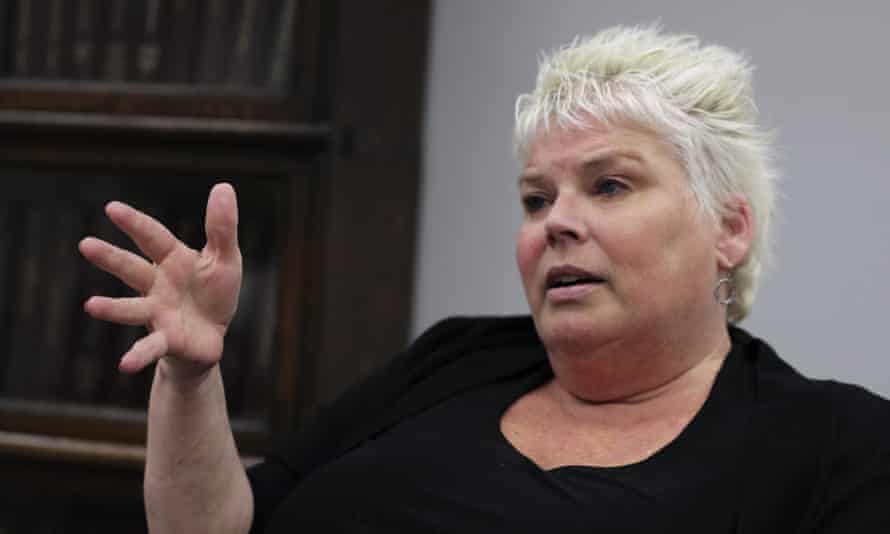 Trial 4 followed Ellis’s fight to prove his innocence. He was only 19 when he was arrested in October 1993 as a suspect in the shooting death of Mulligan outside a pharmacy.

It took prosecutors three trials to convict Ellis for Mulligan’s murder after two ended in deadlock, with mistrials declared.

He spent almost 22 years behind bars. The big breakthrough in 2015 came after Scapicchio spent more than a decade proving police and prosecutorial misconduct during his initial trials.

The three ended up working to prosecute Ellis. Acerra and Robinson later landed in prison but vital related evidence was never made available to Ellis’s defense.

“Every single, solitary judge who’s looked at this case since we got the withheld evidence has come to the same conclusion – that there were a number of people out there that wanted to kill Detective Mulligan,” said Scapicchio.

The Boston police department did not respond to requests for comment, but the organization has maintained throughout 2021 that there is sufficient evidence to support the gun charges.

In March, the superintendent-in-chief, Gregory Long, said the BPD’s belief “remains the same, that there was sufficient credible evidence to support a conviction for illegal firearm possession”.

Of any decision by Ellis to file a lawsuit for wrongful conviction, Scapicchio said on Wednesday: “We haven’t gotten there yet.”

She added: “This all happened yesterday and he spent a majority of the day with his family, just, you know, rejoicing about the fact we were able to accomplish this insurmountable feat and convince another judge that this conviction is wrong.”

Ellis works for a food service non-profit and is a board member of the New England Innocence Project, an organization that advocated for him during his incarceration.

“He’s really committed to this cause of ending wrongful convictions,” said Scapicchio. “He is the living proof of what happens when evidence is withheld.”