William is said to have created his lasting legacy in recent months after launching the Earthshot Prize with national hero and conservationist Sir David Attenborough. The award will go to entrepreneurs who come up with eco-friendly solutions to the world’s greatest challenges over the next ten years — and dish out £50million in the process. The Duke of Cambridge also showed his passion for conservation in particular, when the ITV documentary ‘Prince William — A Planet for Us All’ aired earlier this year.

The second-in-line to the throne darts around the globe to investigate what is causing the climate crisis and also potential solutions in the programme, but is caught off guard when visiting an ivory store in Tanzania.

Tusks have a street value of £50million there, and the astounding collection shows impounded ivory.

William is seen tearing up at the “mind-blowing” pile of 43,000 tusks — and this is not the first time he’s been vocal about ivory.

The royal reportedly told zoologist and family friend Dr Jane Goodall that he wanted to “see all the ivory owned by Buckingham Palace destroyed” six years ago. 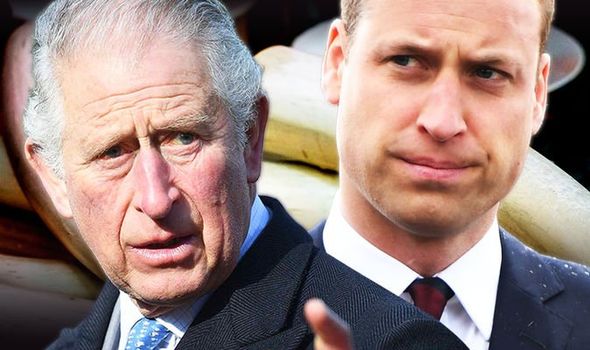 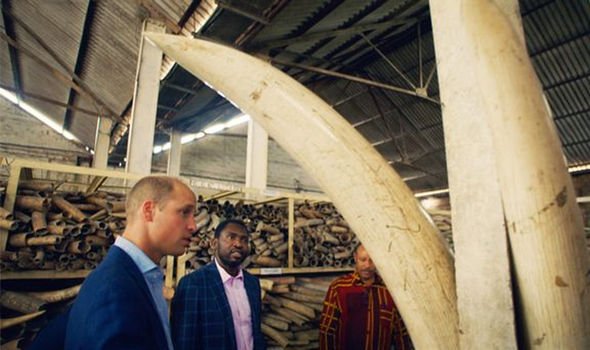 William seemed emotional during his ITV documentary when discussing the ivory trade (Image: ITV, Prince William -- A Planet for Us All)

According to royal author Robert Jobson, Charles occasionally feels “duty-bound to wade in” when his sons are at risk of causing an upset — and so the heir went on to have a “frank exchange of views” with his eldest son over his disruption to the Palace.

Mr Jobson recalled: “Charles told William he was being ‘naive’ and he should have chosen his words more carefully.

While appreciating his son’s sentiment, Charles believes there is a vast difference between calling for action against illegal traders now and ordering Buckingham palace to rid itself of an enormously important and historical collection of artefacts that form part of the Royal Collection Trust.”

The Palace’s collection includes a 19th Century Indian throne with a footstool.

King George IV also acquired a pair of 18th Century seven-story pagodas — tiered towers — which are in the Palace’s stores. 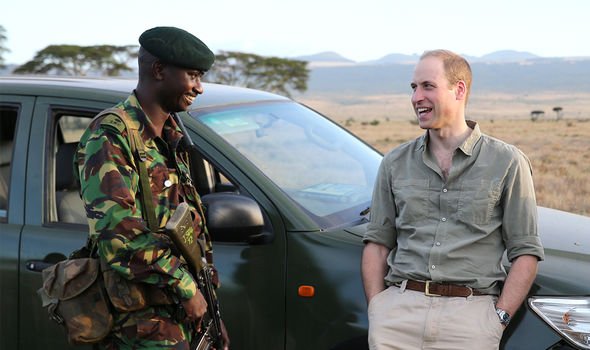 William has worked with the Tusk Trust project in Kenya to protect elephants (Image: Getty) 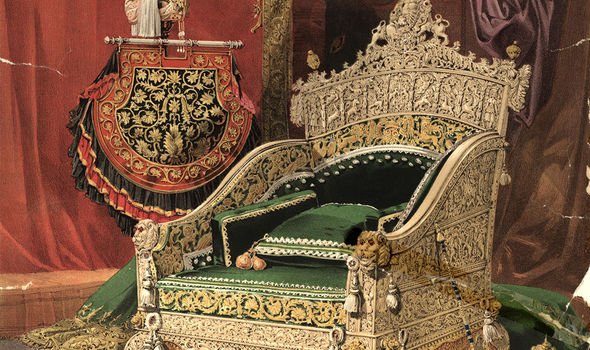 The ivory throne acquired by Queen Victoria during her reign, which is still allegedly owned by Buckingham Palace (Image: Getty)

Writing in The Mail in 2018, Mr Jobson explained: “The idea of such historic items and others such as King Henry VIII’s quill pen, being broken up filled Charles with dread.

“That said, there are many who know William and his stubborn streak and believe he will take some form of action when he becomes King, despite his father’s protestations.”

William has been calling for the end of illegal wildlife trade for years, and has been a patron of the conservation charity Tusk Trust since 2005.

He has also been vocal in his opposition to China’s use of ivory in the past and is president of United for Wildlife which aims to prevent endangered species from going extinct.

However, the royal has been criticised as he is known to go hunting himself when staying on the rural royal estates such as Balmoral. 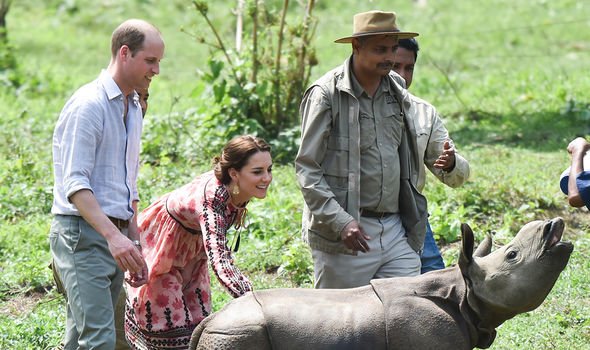 William and Kate stroking a baby rhino during an overseas tour (Image: Getty) 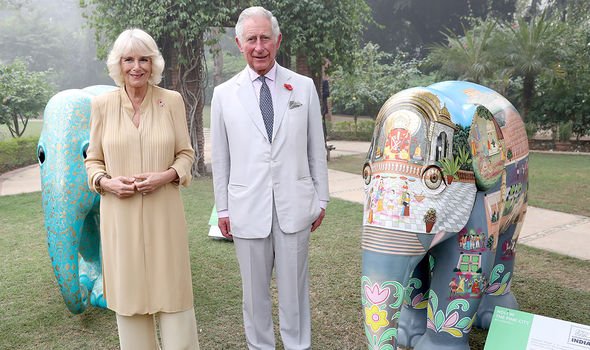 Charles and Camilla honouring the tributes to the 101 elephant trails across India, showing their support for the animal (Image: Getty)

William also found himself in hot water in 2016 after he claimed trophy hunting of animals could be excused if the animal was infertile, at the end of his life, and the hunter wanted to make a donation to conservation charities.

He said: “There is a place for commercial hunting in Africa as there is round the world. [Although] it’s not everyone’s cup of tea.”

He went on a deer and wild boar hunting trip in Spain in 2014, too, just a day before he launched an appeal to stop illegal wildlife hunting — although there’s no suggesting his excursion was not legal.

He spoke to WaterBear, and said it was important to put “the dos behind the says” and take action to address the environmental crisis.

Similarly, the Duke of Cambridge told ITV: “The younger generation are wanting more and more people to do stuff and want more action. We’ve got to speed the pace.”

Conte on 2-1 with Milan: Before the winning goal, the result was unfair. Their goalkeeper is the best player of the match
Mikel Arteta: Arsenal did everything right, but they lost. Wins give confidence
Nicolo Barella: We proved that we are stronger than Milan
Go do your voodoo shit, you little ass. Ibrahimovic-Lukaku during the Cup match
Pioli on the defeat by Inter: The only difference was the relegation. There could be any result in equal teams
UEFA has no plans to abandon the Euro in 12 cities. Other options are undesirable
Eriksen scored for Inter for the first time in almost six months - Milan in the Cup in the 97th minute from a free kick
Source https://www.express.co.uk/news/royal/1366925/prince-william-news-prince-charles-ivory-earthshot-prize-conservation-prince-philip-spt?utm_source=feedburner&utm_medium=feed&utm_campaign=Feed%3A+daily-express-news-showbiz+%28Express+%3A%3A+News+%2F+Showbiz+Feed%29