Ronald Pickup, who has died aged 80, had the capacity to bring a gaunt gravitas to high-ranking establishment figures. It is no accident that he was cast as the archbishop of Canterbury in The Crown and Neville Chamberlain in Darkest Hour. Although Pickup had a thriving career in film and television, to people of my age he will always be remembered as part of the National Theatre company that Laurence Olivier assembled in its early days at the Old Vic. When you think that Pickup was one of a number of rising stars including Derek Jacobi, Michael Gambon and Anthony Hopkins, you realise it was a golden generation.

Pickup caught the eye at the Royal Court in 1965 when he played the title role in Shelley: the first of a number of a real-life figures he was to play, including Verdi, Stravinsky and Einstein. Rejoining Olivier’s company at the Old Vic where he had started out in small parts, he was an extraordinary Rosalind in an all-male As You Like It in 1967. It was an odd production but Pickup’s Rosalind, in peaked cap and white trouser-suit, caught something of the poetic sexuality for which the production was ostensibly searching.

Pickup prospered at the Old Vic, playing Baron Tuzenbach in Olivier’s production of Three Sisters and taking over as Guildenstern in Tom Stoppard’s riff on Hamlet’s attendant lords. When Frank Dunlop created the Young Vic in 1970, as a sprightly offshoot of its Waterloo neighbour, he invited Pickup to play Oedipus in the WB Yeats’s version of Sophocles. My memory is of a fine performance with slow-motion freezes as Oedipus learned the truth of his origins. When Dunlop hosted a tea-party in London a couple of years ago, attended by members of the original Young Vic company, Pickup launched into a typically self-deprecating story about his Oedipus. “Olivier,” he recalled, “came to the first night and said to me afterwards ‘My dear boy, you are playing this amazing text in the most beautiful, intimate theatre in London so why do you feel the need to fucking shout?’” 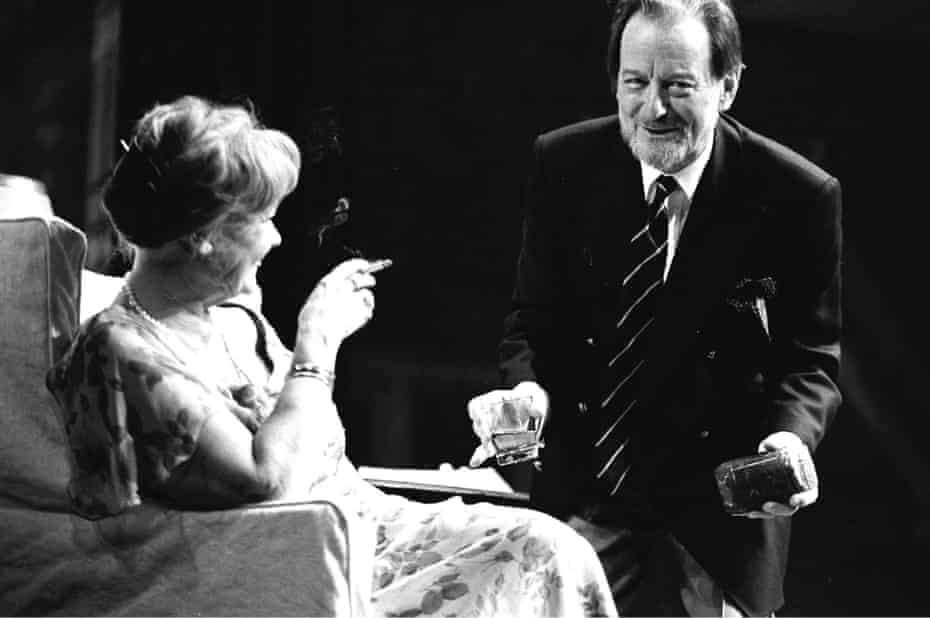 A year later Pickup found himself playing Edmund, opposite Olivier as James Tyrone, in Michael Blakemore’s production of Eugene O’Neill’s Long Day’s Journey Into Night. At the time, I wrote of Pickup “uncorking his bottled intensity with terrifying power during his colloquy with his father”. Olivier also revealed in his autobiography how grateful he was for Pickup’s equilibrium when he found himself completely drying in the midst of their big scene, and intriguingly, Hugh Leonard wrote in a review that Pickup “has a sense of repose that is unusual in a young actor”.

Pickup gave some terrific performances at the National. In 1972 he brought to the title role in Richard II a thoroughbred intelligence and a voice that could effortlessly reach the back of the gallery: above all, I remember the way, as Richard sought to identify himself with Christ, he stretched out his arms on, “You Pilates have here delivered me to this sour cross.” In Trevor Griffiths’s The Party, in which Olivier in 1973 gave his final stage performance, Pickup played with equal conviction a leftwing TV producer confronted by his political and physical impotence.

Pickup went on to do much excellent work in all media and was particularly adept, because of his attenuated frame and bony features, at playing tortured artists. But, as his near-contemporary, it is for his early work at the National, as much as his later achievements on screen, I shall remember him. To paraphrase Shakespeare, the TV that men do lives after them but the theatre is oft interred with their bones.