Coronavirus R rate drops to below 1 in England

The latest data from the Government has shown the R-rate has dropped to below 0.8 and 1.0 across England. The R represents the average number of people each Covid-19 positive person goes on to infect. The data comes from SAGE - the Scientific Advisory Group for Emergencies - and are estimated by several independent modelling groups based in universities and Public Health England (PHE).

When the R-rate is above one, an outbreak can grow exponentially.

For today’s figure of the R-rate, between 0.8 and 1.0 means on average every 10 people infected will infect between eight and 10 other people.

The growth rate, which estimates how quickly the number of infections is changing day by day, is between minus three percent and minus one percent for the UK as a whole.

This is positive news, as it means the number of new infections is shrinking by between one percent and three percent every day. 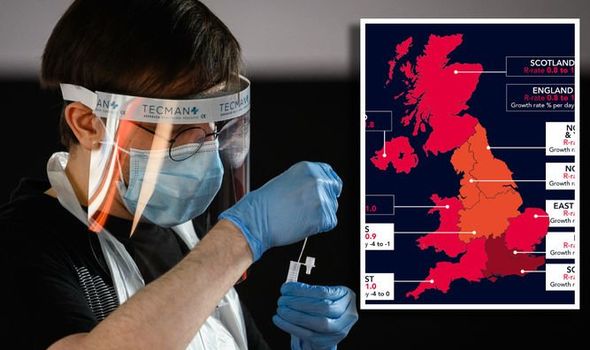 However, the R-rate varies across England - with some regions higher than others.

Once areas of concern, the North West, Yorkshire and the North East have seen sharp decreases in the R-rate in recent weeks.

In the North West, North East and Yorkshire the R-rate is between 0.7 to 0.9, while the growth rate shows cases in the area are shrinking by three to five percent each day. 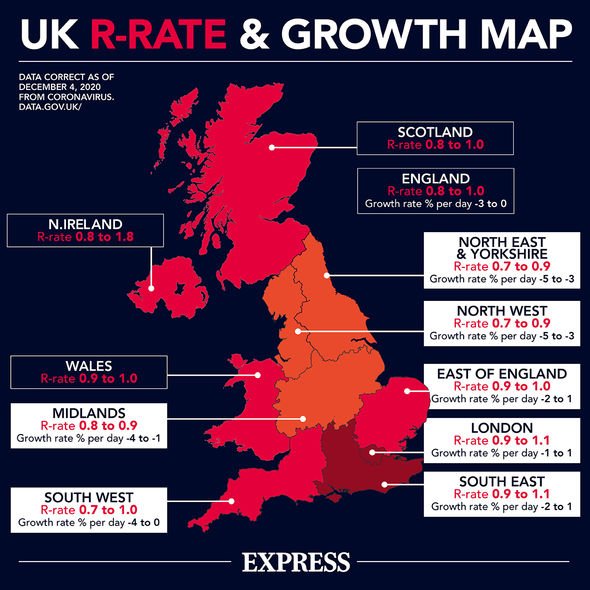 R-rate in my area: The latest data from the Government has shown the R-rate has dropped to below 0.8 and 1.0 across England (Image: EXPRESS)

However, the good news does not span the entire country.

London, the South East and South West are still seeing the R-rate at one and above.

These are the latest R and growth rate estimates by NHS England regions. 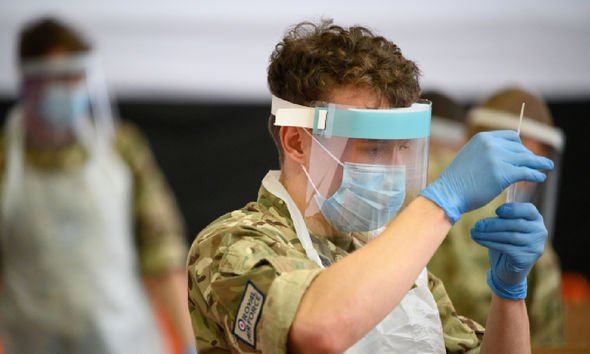 R-rate in my area: London, the South East and South West are still seeing the R-rate at one and above (Image: GETTY)

Across the devolved nations, there is a similar picture, with Northern Ireland having an R rate of between 0.8 – 1.8.

The R-value in Wales is estimated to be between 0.8 and 1.0 and shrinking/growing by -3 percent and one percent per day

A separate survey also suggests that new daily cases of Covid-19 in the UK are continuing to fall, but found that cases in Scotland and Wales have plateaued. 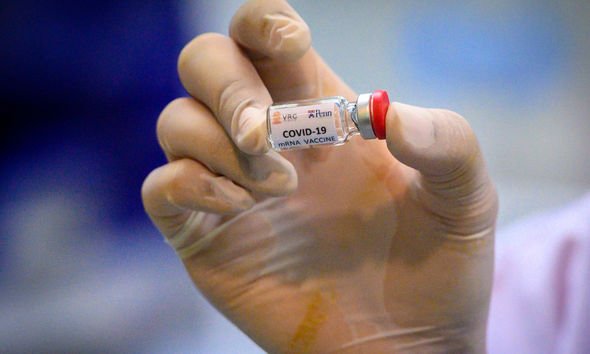 R-rate in my area: ext week vaccines will begin rolling out across the UK (Image: GETTY)

The Zoe Covid Symptom Study UK Infection Survey found that there are 20,497 daily new symptomatic cases of the virus in the UK on average over the two weeks up to November 29, excluding care homes.

This compares to 29,311 daily new symptomatic cases a week ago and more than 42,000 six weeks ago, the researchers said.

Wales’ First Minister Mark Drakeford has said today there will need to be a "sustained fall" in coronavirus cases across Wales before restrictions on hospitality are eased.

Speaking at a press conference Mr Drakeford said the number of infections would need to "come more into line" with levels used to determine Tier 2 in England and Level 2 in Scotland.

Tiered restrictions are in place across England and Scotland, but all nations are easing rules for the Christmas period.

From five days between December 23 and December 27, up to three households can form a Christmas bubble to celebrate the festive season.

Next week vaccines will begin rolling out across the UK, with the most vulnerable and care home workers prioritised.

The UK has ordered 40 million doses of the Pfizer/BioNTech vaccine - enough to vaccinate 20 million people - as two doses are needed.

Neymar: Thank God for the charisma. I have a gift to be different from the rest
Wayne Rooney: It's time to lead the younger generation. I had a great career
Lineker on Rooney: One of our greatest players. England would have won Euro 2004 had he not been injured
Chelsea will give Drinkwater the third rent - Kasimpasa. He has not played since February
Neymar: I became an icon and idol in football. Courage is my main advantage
Ole Gunnar Solskjaer: Liverpool want to beat everyone. Manchester United knows that they can beat anyone
Messi missed today's Barca training session
Source https://www.express.co.uk/news/uk/1368481/r-rate-in-my-area-map-coronavirus-cases-near-me-increase-london-south-east-covid-evg?utm_source=feedburner&utm_medium=feed&utm_campaign=Feed%3A+daily-express-news-showbiz+%28Express+%3A%3A+News+%2F+Showbiz+Feed%29

People of Austwick to continue with the ways of lockdown

The latest on the Debenhams store in Newport