After the Queen’s speech unveiled plans for more than 30 key laws yesterday, the Prime Minister pledged a national recovery to let people “achieve their full potential at last”. He predicted the country could “bounce forward” in prosperity and health after the pandemic with plans to release “pent-up energy” in the economy and to “level up” growth in every region of the UK.

Mr Johnson told MPs: “As one United Kingdom, we will continue to connect talent with opportunity, mobilising the ingenuity and resourcefulness of the British people.”

The Queen announced his legislative programme for the next year at a State Opening of Parliament stripped of the usual pomp and ceremony by Covid restrictions.

Measures include streamlining the planning system to encourage more house building and other construction, an Immigration Bill to strengthen borders, education reform to spread skills training and opportunities plus a crackdown on obesity to improve health.

The PM also pledged to sweep away rules limiting his power to trigger general elections.

The move intensified speculation that he intends to go to the polls again in 2023. 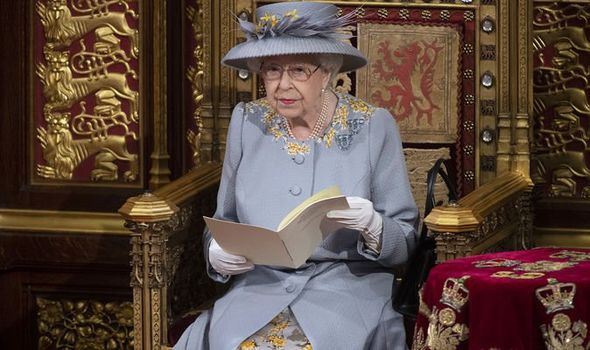 But campaigners, including some Tory MPs, were disappointed that the speech did not include a long-awaited plan for fixing the crumbling adult social care system.

Downing Street sources insisted proposals for addressing the issue will be published this year.

Also missing was a Bill on dealing with the legacy of the Troubles in Northern Ireland, although Mr Johnson said legislation will be introduced later.

Kicking off a six-day Commons debate on the Queen’s Speech, the Prime Minister admitted that his Government faced an “enormous task” in rebuilding the economy after the coronavirus crisis.

But he insisted his schemes provided “the essential tools” for the country to “build back better” than before Covid struck.

Mr Johnson said: “We intend to unite and level up across the whole of our United Kingdom. 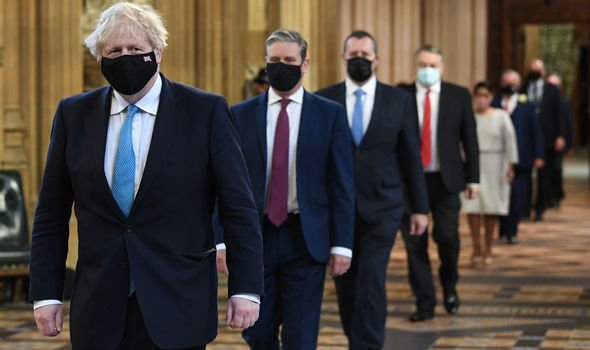 “We, as One Nation Conservatives, understand this crucial point that you will find flair and imagination and enthusiasm and genius distributed evenly across the whole country while opportunity is not.

“And we mean to change that because it is not just a moral and social disgrace, it is an economic mistake, it’s a criminal waste of talent.”

In a foreword to a Whitehall document detailing his legislative plans, the Prime Minister wrote: “As our vaccination programme helps release us from lockdown, we cannot simply return to the way things were.

“Now as pubs, shops and restaurants are reopening, and we are seeing our friends and family – our mission must be to build back better than before.

“We must harness the ingenuity and resolve that has been revealed in the struggle against Covid-19, and use it to create a stronger, healthier and more prosperous nation. 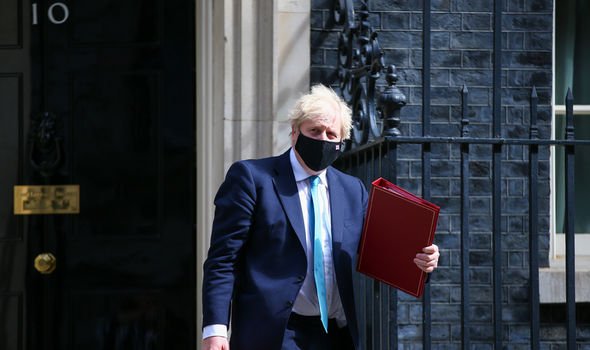 The PM said an inquiry into the Government's response to the coronavirus outbreak will be held (Image: Getty)

“We have been given an historic opportunity to change things for the better, level up opportunities across the whole of the United Kingdom and address the problems that have constrained us far too often before.”

Mr Johnson said the crisis “has shown – if there was any doubt – that deep wells of talent, kindness, ingenuity and resourcefulness exist in every village, town and city of the United Kingdom. The Government’s task is to mobilise that extraordinary spirit, matching talent with opportunity and unleashing our nation’s full potential.

“This Queen’s Speech is our programme for the task. This is a Queen’s Speech to fulfil our pledge to unite and level up, and build back a better Britain.”

Key proposals include a lifetime skills guarantee to help anyone upgrade qualifications, regardless of their background. Immigration changes will make it harder for migrants who have entered the UK illegally to claim asylum here. 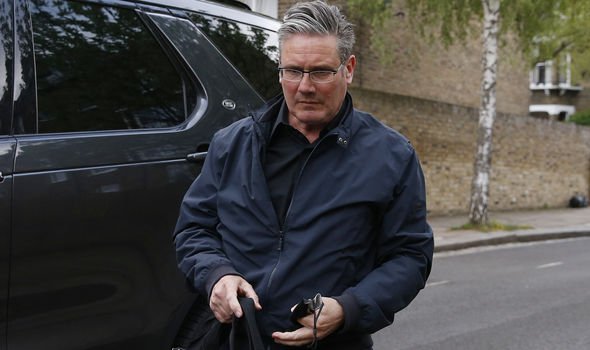 Meanwhile a total ban on junk food advertising online was promised in a Government crackdown on obesity.

Measures to protect free speech in colleges were unveiled, to tackle a “cancel culture” being pushed by “woke” activists.

Clashing with Mr Johnson in the Commons debate, Labour leader Sir Keir Starmer claimed that the PM had “squandered” the chance to set out a “transformative agenda to rebuild Britain’s foundations after a decade of neglect and a year of national sacrifice”.

The Prime Minister also announced yesterday that a full inquiry into the Government’s response to the coronavirus outbreak will be held this year.

He continued: “I can certainly say that we will do that within this session. I have made that clear before.

“I do believe it’s essential we have a full, proper public inquiry into the Covid pandemic.”

Mr Johnson was responding to a question from Lib Dem leader Sir Ed Davey, who urged him to set up the inquiry “on behalf of bereaved families across the country”.