Her Majesty, 94, and Prince Philip, 99, usually travel to their Norfolk home each year and celebrate Christmas with their whole family. However, due to the coronavirus pandemic, this year they will be staying at Windsor Castle for the first time since 1988. The royal couple spent both national lockdowns in Windsor and will celebrate Christmas “quietly” there together.

While cancelling the royal Christmas tradition will be disappointing for the whole family, it will be especially heartbreaking for the Queen because she uses her stay at Sandringham to feel close to her father.

In fact, the Queen honours her father by leaving up her Christmas decorations well past January 6 ‒ or the Twelfth Night ‒ when British tradition would dictate that they come down.

Instead, the Queen leaves hers up a whole month longer until February 6.

This is because that is the day her father died at Sandringham and she ascended to the throne at just 25 years old.

READ MORE: Meghan Markle’s first trip with Queen 'might have been mistake' 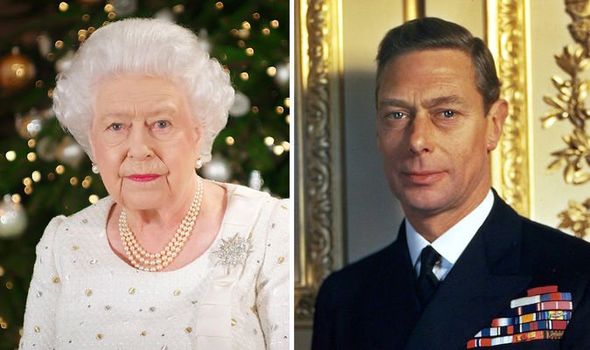 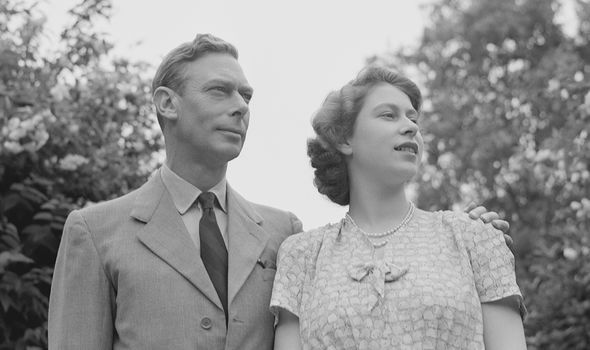 The Queen had a special relationship with her father, King George VI (Image: GETTY)

On that sad day back in 1952, the Queen had been in Kenya as part of her Commonwealth tour.

To honour and commemorate her father’s life, the Queen stays up at the estate and keeps the trees and decorations up until the anniversary of his death.

Only then does she return to London to resume her duties.

The Queen and her father shared a very special relationship. 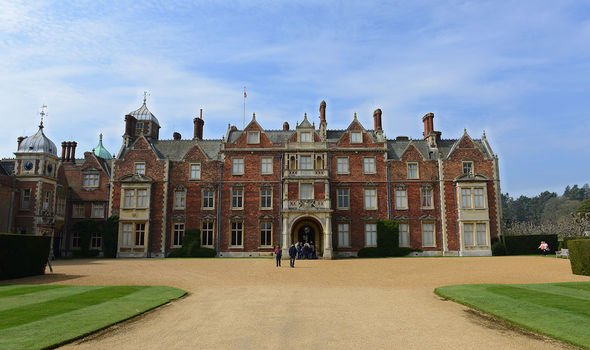 In a letter to her secretary in 1952 following his death, the Queen said: “It all seems so unbelievable still that my father is no longer here and it is only after some time has passed one begins to realise how much he is missed.”

Last year, the Queen made a touching reference to George VI in her annual Christmas broadcast, The Queen’s Speech, as she referenced the 75th anniversary of the D-Day landings.

She said: “This year we mark another important anniversary: D-Day. 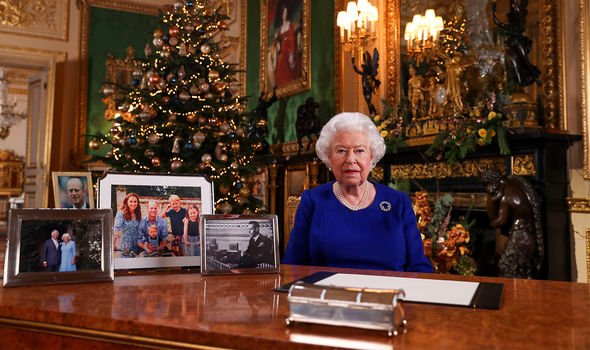 The Queen during her Christmas broadcast last year with a picture of her father on the desk (Image: GETTY)

“It was the largest ever seaborne invasion and was delayed due to bad weather.

“I well remember the look of concern on my father’s face.

“He knew the secret D-Day plans but could of course share that burden with no one.”

The Sandringham Estate has been owned by the Royal Family since 1862, when it was purchased for one of Queen Victoria’s sons, Albert Edward, who later became King Edward VII.

The Royal Family are set to miss out on a number of other royal traditions this year.

Usually at Christmas, the family buy gifts for each other and secretly place them on a trestle table laid out in the Red Drawing room at Sandringham.

They are opened on Christmas Eve, in keeping with the German tradition introduced by Queen Victoria's husband Prince Albert.

The gifts are supposed to be cheap joke presents to make each other laugh and it is the Duke of Edinburgh who oversees the operation.

Royal expert Brian Hoey said in 2014: “During the afternoon, they all creep down to the drawing room and secretly place their gifts on the table.

“The rule is that no one may open their parcel until permission is given by Prince Philip who supervises the proceedings.”

The Royal Family also usually attends a service at the St Mary Magdalene church together on Christmas Day.

Verona have loaned ex-Juventus midfielder Sturaro
Jovic has 3 goals in 76 minutes after returning from Real Madrid to Eintracht
Real Madrid gave Alcoyano game T-shirts, you could choose any name. The most popular are Modric, Benzema and Ramos
Bayer have lost 4 of their last 6 Bundesliga matches. He did not concede from the beginning of the season to this series
Mikel Arteta: Lampard is a Chelsea legend. I would like the club to support him and give him a chance
Sevilla forward En-Nesiri beat Messi and Suarez to reach the 1st place in the list of La Liga scorers
Zlatan plays his 600th match in the championship
Source https://www.express.co.uk/news/royal/1367034/queen-elizabeth-ii-christmas-father-sandringham-royal-family-king-george-vi-spt?utm_source=feedburner&utm_medium=feed&utm_campaign=Feed%3A+daily-express-news-showbiz+%28Express+%3A%3A+News+%2F+Showbiz+Feed%29