Writing for The Telegraph this week, beauty editor Annabel Jones pointed towards the Queen’s lipstick as having a particularly fitting message alongside the wartime echo of Her Majesty’s ’We’ll Meet Again’ speech.

Her Majesty’s choice of coral lip colour was particularly noticeable because it was departure from the pink tones the monarch usually favours.

Ms Jones wrote: “During the Second World War, lipstick was one of the only non-essential items not to be rationed, for it was accepted by cabinet that a simple slick of colour had the power to boost morale -  and I couldn't agree more.

“At a time when we have little control, it's the small things we can change that give us a boost, whether it is an at-home facial, following a YouTube workout, cooking a gourmet meal - or, wearing a bright lipstick. 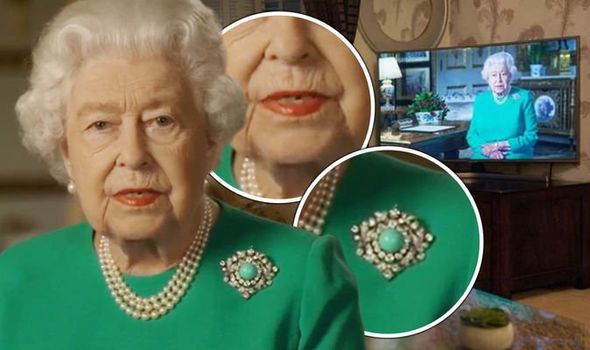 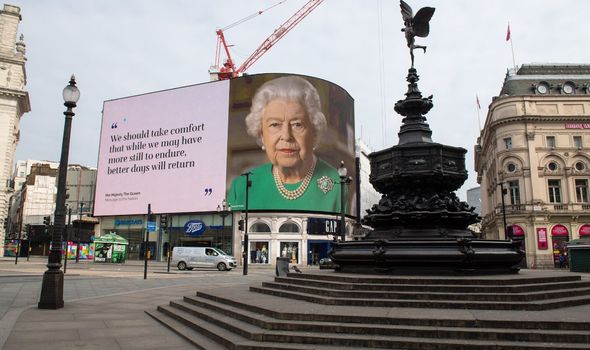 “And there is no clearer lipstick shade to convey 'better days will return' than orange.

“The Queen has been known to experiment with coral  and is rumoured to favour Boots No.7 Lipstick in Gay Geranium, yet she rarely departs from her signature pink – suggesting that her transition to a true warm orange, at 93, is indeed a deliberate and welcome change. “

Added to this, the Queen’s jewellery also sent out a subtle message

Her Majesty wore her easily-recognisable pearl earrings and necklace, a favourite combination that she is seen in often.

However, alongside those well-loved favourites, the Queen wore a highly unusual brooch.

The turquoise piece, dating from 1893, is very seldom seen in public, and the Queen herself only started wearing it in public in 2014.

It comes from the jewellery collection of the Queen’s grandmother Queen Mary, which is also the source of Meghan Markle’s wedding tiara, the Queen Mary bandeau.

Writing for Town and Country this week, Editor-in-Chief and jewellery expert Stellene Volandes wrote: “Why the turquoise and diamond brooch, one rarely seen in public, for such a momentous speech? 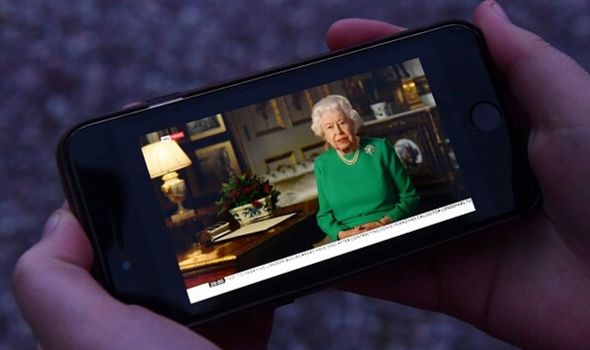 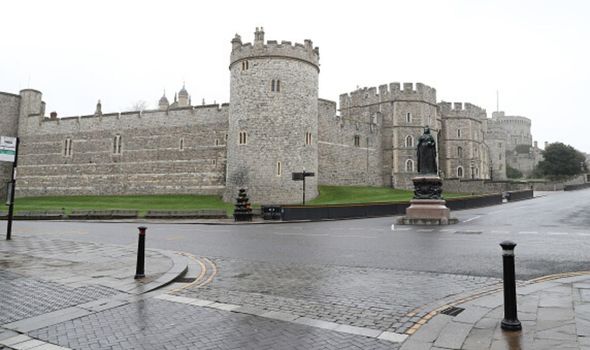 Her Majesty is currently in self-isolation at Windsor Castle (Image: Getty)

“The Queen’s jewellery choices are the subject of deep and constant analysis.

“With this choice, was Her Majesty harkening back to the past and all that her family, her country, and her world, has survived?

“Was she linking herself to her grandmother who helped support the King during the First World War?

“Or did she want a colourful brooch that might lift the spirits?”

Royal fans also took to Twitter to discuss the choice, with one writing: "I think she may have been showing continuity and the assurance that the world has been through ominous times before and overcome.

“I was struck by her reference to her WWII address, and of course a brooch which had seen bad times and good."

Milik moves to Marseille. He was photographed with a shirt with the 19th number
Suarez scored 10+ goals in the league for the tenth time in a row
Atletico missed a shot from Eibar Dmitrovich from the penalty spot. Goalkeepers have not scored in La Liga for 10 years
Barcelona is far superior to Real Madrid. Our style of play does not depend on transfers. The presidential candidate of blaugrany the Freixo about the rivalry
Pogba played in the shadow of Bruno in 2020, it has dampened his ego. It reminds me of the Juve era. Ex-Manchester United player Parker about the midfielder
Valencia produced the worst first round in La Liga in 38 years, scoring 20 points in 19 matches
Diogo Dalat: Zlatan is very demanding. And he instills confidence when he sees fit
Source https://www.express.co.uk/news/royal/1266759/queen-elizabeth-ii-coronavirus-broadcast-cryptic-messages-royal-family-spt?utm_source=feedburner&utm_medium=feed&utm_campaign=Feed%3A+daily-express-news-showbiz+%28Express+%3A%3A+News+%2F+Showbiz+Feed%29