Queen Elizabeth II, 95, is passionate about horseracing and as one of Britain's most prominent thoroughbred owners and breeders she takes a keen interest in the sport. Royal Ascot is said to be the Queen's favourite engagement and she writes a message for the five-day event's programme every year.

While the pandemic meant the event was closed to the public last year, this year 12,000 spectators are allowed to attend every day.

Princess Anne, 70, Prince Charles, 72, and Camilla, Duchess of Cornwall, 73, all attended the first day of racing on Tuesday.

The Queen was otherwise engaged as she held an audience with Australia's Prime Minister Scott Morrison at Windsor Castle on Tuesday afternoon, however, she is expected to attend later in the week.

The Queen has horses running on every day of the Royal Ascot this year and has high hopes for Tactical who won the Windsor Castle Stakes for her last year. 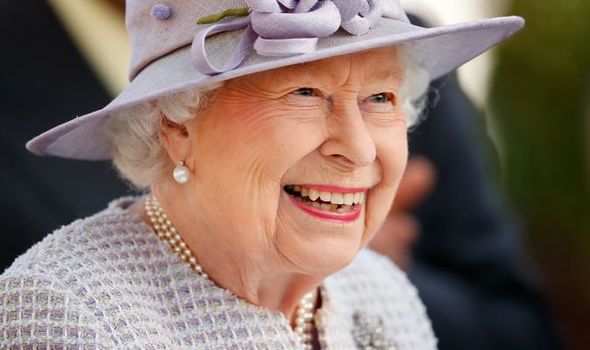 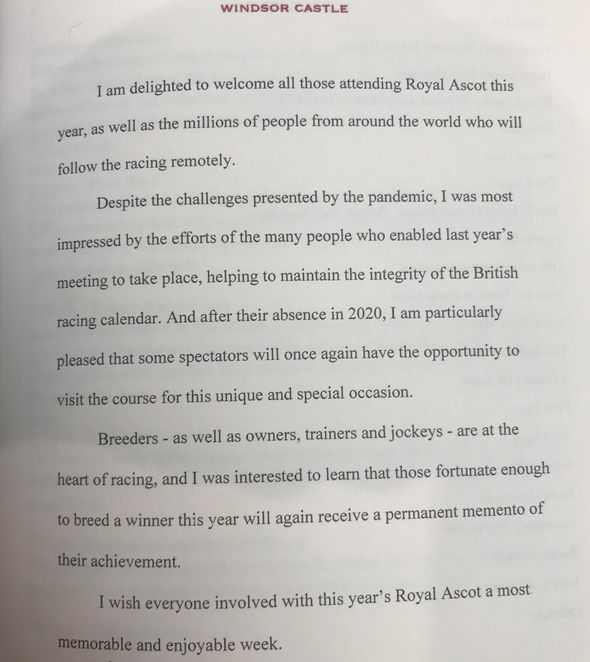 On Tuesday, her racing manager John Warren hinted she would attend the event at some point in the week to watch her runners.

The Queen's message was printed in the Royal Ascot 2021 programme as follows: "I am delighted to welcome all those attending Royal Ascot this year, as well as the millions of people from around the world who will also follow the racing remotely.

"Despite the challenges presented by the pandemic, I was most impressed by the efforts of the many people who enabled last year's meeting to take place, helping to maintain the integrity of the British racing calendar." 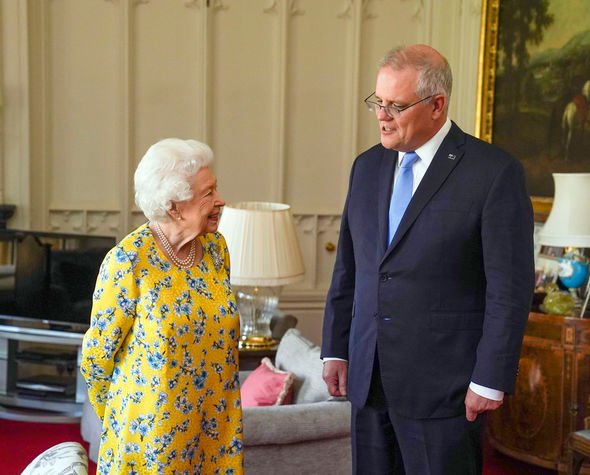 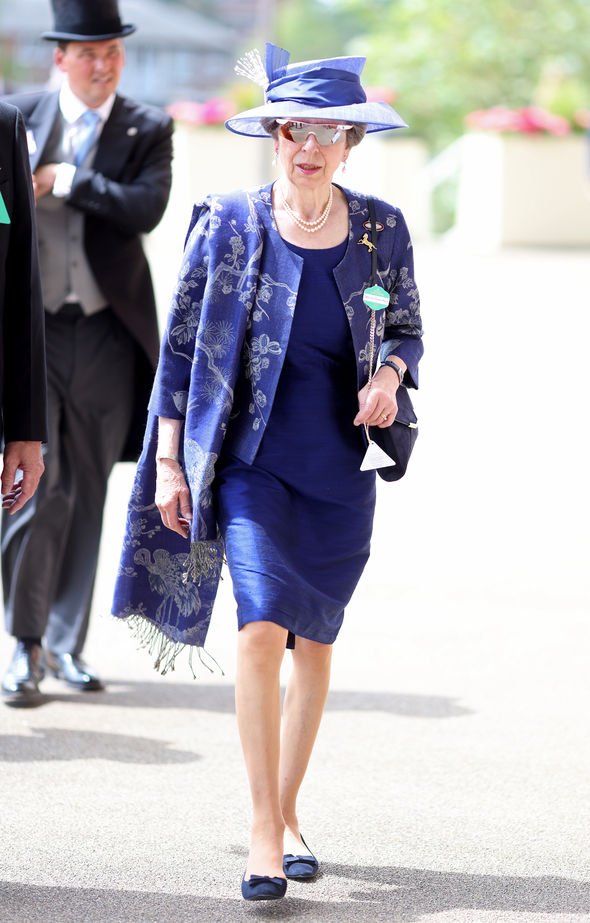 The Queen's message went on: "And after their absence in 2020, I am particularly pleased that some spectators will once again have the opportunity to visit the course for this unique and special occasion.

"Breeders - as well as owners, trainers and jockeys - are at the heart of racing, and I was interested to learn that those fortunate enough to breed a winner this year will again receive a permanent memento of their achievement.

"I wish everyone involved with this year's Royal Ascot a most memorable and enjoyable week."

Camilla, Duchess of Cornwall touched on the Queen's passion for horseracing as Royal Ascot kicked off on Tuesday.

The Duchess gave an interview to ITV Racing that will feature excerpts throughout its Royal Ascot coverage this week.

Camilla told ITV Racing: "Well I think this is her passion in life and she loves it, and you can tell how much she loves it.

"She could tell you every horse she's bred and owned from the very beginning - she doesn't forget anything. 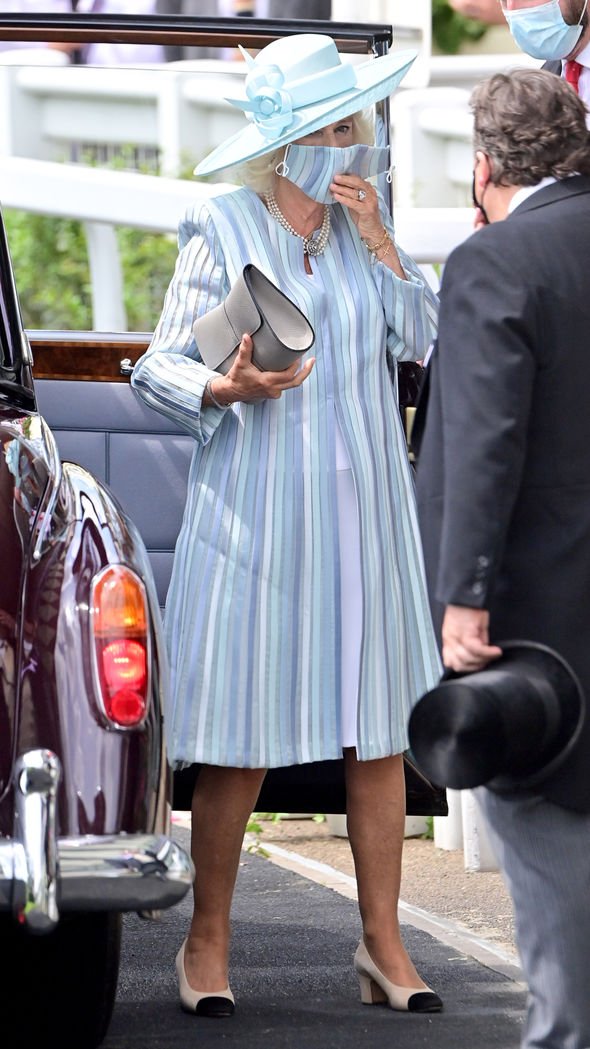 "I can hardly remember what I bred a year ago but she's encyclopaedic about her knowledge."

Asked about Royal Ascot the duchess replied: "Everybody who loves racing, it is the most special week, isn't it?"

The Queen's daughter-in-law Sophie, Countess of Wessex was also spotted arriving at the racecourse on Royal Ascot's opening day.

The traditional processions which sees the royals arrive at the racecourse in horse-drawn carriages from Windsor Castle have been cancelled this year due to  COVID-19.